Congressional investigators have sided with the Marine Corps in a dispute over the service’s infantry automatic rifle program, calling the competition fair and clearing the way for the service to choose its preferred weapon.

Weapons maker FN Herstal protested the Corps’ Oct. 23 decision to eliminate the company from the competition on grounds that its IAR failed to meet requirements in testing, according to a Dec. 15 report by the Government Accountability Office obtained by Marine Corps Times. The Corps ultimately chose the IAR made by Heckler & Koch, spurning FN and Colt Defense, which competed two weapons for the contract.

The IAR competition is not considered complete, however, as the Corps intends to perform more tests on H&K’s weapon throughout the year ahead. H&K’s weapon was chosen in a “down-select,” meaning that while the Corps will continue assessing it, there are no guarantees H&K will supply the 4,100 IARs the Corps plans to buy.

All four 5.56mm weapons tested carry 30-round magazines and were viewed as possible replacements for many of the M249 squad automatic weapons the Corps has fielded since the 1980s. The preferred H&K model is a variant of the HK416 assault rifle, which uses a spring-buffered short-stroke gas-piston system and is the sole finalist that fires only from the closed-bolt position.

In its protest, FN claimed that during tests its weapon’s barrel “was infected by copper residue,” effectively skewing the results, according to the GAO. FN, maker of the SAW, also blamed the Corps for failing to properly tighten the pistol grips that fell off two of its three test models during extreme cold-weather trials conducted at minus-25 degrees.

The specifics of FN’s protest shifted throughout November and December as the company and the Corps sought to bolster their cases, the GAO said. FN “abandoned its initial protest argument that the [Corps] may not have performed required regular maintenance,” the GAO said. After reviewing additional documents provided by the Corps, the company protested on several other grounds, including that the Corps was mistaken in saying more than one FN pistol grip fell off and that the grips from other companies in the competition also fell off and were not similarly rejected.

“These arguments … constitute independent grounds of protest,” GAO acting general counsel Lynn Gibson wrote in the report. “Since the basis of protest stems from the protester’s review of the [Marine Corps] test report and other documents … we find the arguments raised in FN’s comments to be untimely.”

The GAO hasn’t said whether FN’s later complaints were legitimate or investigated. Company officials with FN and H&K did not respond to requests for comment. Capt. Geraldine Carey, a spokeswoman for Marine Corps Systems Command, said the Corps would not comment on FN’s protest.

The service has ordered 24 more H&K IARs to be tested in locations ranging from Panama to the Marine Corps Air Ground Combat Center and Marine Corps Mountain Warfare Training Center in California, Marine officials have said.

Eventually, the Corps plans reduce the number of SAWs in the service from about 10,000 to 8,000 as it rolls out the IAR. Each infantry company will retain six SAWs to employ as the tactical situations dictate, but the IAR will replace the SAW in many patrol situations, Marine officials have said. 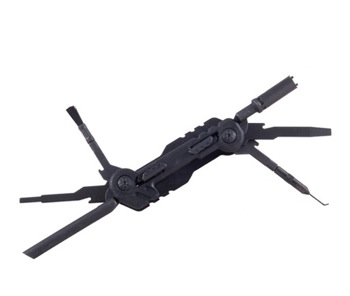