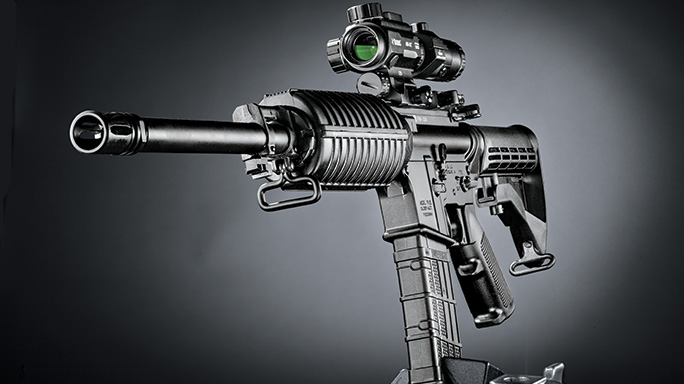 1 of 3
Photo by Steve Woods
FN 15 1776: FNH USA’s Value-Driven AR Rifle
FNH USA’s new FN 15 1776 is an affordable, do-it-all 5.56mm carbine made for every American to get into the AR shooting world. Just add an optic and ammuntion and you’re ready to go. Shown with a Lancer AWM magazine and Burris’ AR-1X sight and AR-Tripler. 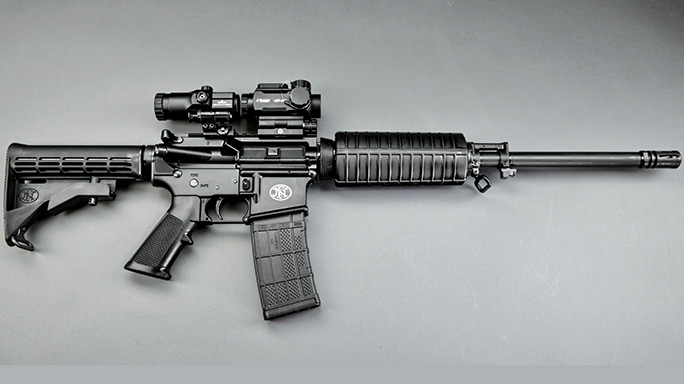 2 of 3
Photo by Steve Woods
FN 15 1776: FNH USA’s Value-Driven AR Rifle
FNH USA uses its many years of rifle-making experience to build the FN 15 1776, a mil-spec-style carbine with traditional AR controls and furniture. 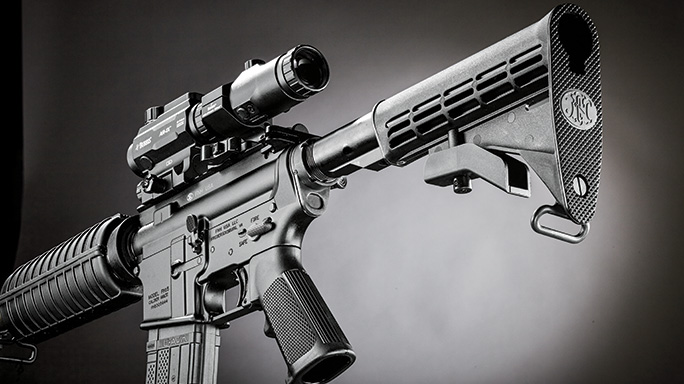 3 of 3
Photo by Steve Woods
FN 15 1776: FNH USA’s Value-Driven AR Rifle
The FN 15 1776 comes with a traditional polymer handguard, an A2-style pistol grip and a six-position buttstock that makes it easy to mount a sling and find the right length of pull. 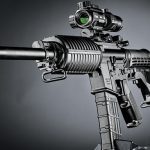 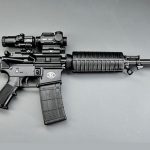 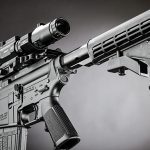 For over 125 years, the name Fabrique Nationale has been associated with firearms for hunting, competition, self-defense and war. For a long time, hearing “FN” brought visions of FAL rifles and Hi-Power pistols to my mind, despite the company’s continued innovations and production of more modern firearms, many of which are currently in use with the U.S. military. In 1989, FN won the contract to produce the M16, and American’s younger generations were given their own mental image for FN.

Of course, FN has realized that AR-platform modern sporting rifles (MSRs) are inarguably the hottest sellers in the country. There are a lot of the black guns being manufactured, but many are priced beyond the budget of many enthusiasts and potential shooters. Quite a few manufacturers have tackled the price difficulties by adding a line of “value-driven” ARs. These usually do not incorporate all the extras of the more expensive AR-style rifles but still retain similar quality and workmanship.

In many minds, an MSR has to cost a lot to be worth its salt. Sure, entry-level ARs may be missing specialty, non-budget AR items. But a well-assembled carbine using properly specified parts of the correct materials will yield exactly what is expected—a hunting, competition or defensive rifle that will work when needed.

FN understands the desire so many have to own an MSR, the descendant of a weapon that received its baptism of fire in Vietnam in the 1960s and remains the U.S. military’s weapon today. For over a quarter of a century, FN has been providing ARs to our military—proof the company knows how to produce guns that shoot every single time. As you probably know, military use demands “life on the line” reliability and performance.

There are two 18-inch-barreled carbines that come with Timney competition triggers: the 5.56mm FN 15 DMR, with its 15-inch Midwest Industries SSM M-LOK handguard and Magpul STR stock, MOE grip and MBUS Pro sights, and the FN 15 Sporting chambered in .223 Remington, which includes a match-grade barrel and a 15-inch Samson Evolution handguard.

Finally, you have the mil-spec FN 15 Carbine and the newest addition to the lineup: the FN 15 1776. A removable carry handle/rear sight rides atop the flattop upper receiver of the FN 15 Carbine, and the lower receiver is equipped with a six-position-collapsible buttstock. The 16-inch barrel is surrounded by a traditional two-piece polymer handguard.

According to FNH USA, the FN 15 1776 is “is designed to be high performance, value-priced and optics ready, perfect for shooters looking for a base rifle to customize to their liking.”

The FN 15 1776 starts with a 16-inch, alloy steel, button-broached, government-profile barrel with a 1-in-7-inch twist rate, a 5.56mm NATO chamber and M4 feed ramps. An A2-style flash suppressor caps the muzzle, and surrounding the gas system and barrel is a traditional polymer handguard. The upper has a Picatinny rail on top for mounting sights and optics. The FN 15 1776 ships without sights in keeping with the “optics ready” format. With just the flattop rail, it wouldn’t be very effective to add front and rear sights so close together. Of course, offset sights from XS Sights, Dueck Defense, Diamondhead, GG&G and others should be able to be work if you’re dead set on having backup sights because of their immediate-range intent.

The lower receiver features an A2-style pistol grip, a six-position-collapsible buttstock and traditional AR controls. The trigger is a mil-spec-style, single-stage unit, and my test rifle’s trigger broke at 7.4 pounds on average with a little grittiness. The receivers are hardcoat anodized black, and the rifle ships with a 30-round Magpul Gen 3 PMAG.

To test the FN 15 1776 on the range, I added an EOTech XPS3 holographic weapon sight. It slid on and worked perfectly. As expected, since the FN 15 1776 is made by a company that has produced countless numbers of ARs for the U.S.

military and others, the rifle ran flawlessly through the exercises I usually work carbines through. Close and far, from 7 yards out to 75, the FN 15 1776 purred right along. I ran the carbine with polymer and metal magazines from several manufacturers with no effect on the FN 15 1776’s performance. The rifle’s light weight made it easy to handle, and it quickly transitioned between targets.

Moving to the 100-yard range, I decided to forego using a scope and see just how well my eyes, the EOTech XPS3 and the FN 15 1776 carbine would work together to product five-shot groups. Quite a few rounds later, I had a number of targets on hand with .22-caliber holes bunched together in small groups. It seemed the XPS3 and the FN 15 1776 were a pretty good team.

At 100 yards, the groups averaged around 2.1 inches from the bench. Experience has shown that I can usually shoot groups around 3 inches or smaller with a good 1X red dot. That kind of accuracy usually translates to 1- or 1.5-inch groups with a nice scope with descent magnification. I expect that the FN 15 1776, despite not being billed as a target rifle, would be able to drop five shots into groups less than 1 inch with the right optic. Not too bad!

The range time proved that the FN 15 1776 was quite capable of self-defense or competition accuracy, and more. Its reliability proves it is qualified for use in dangerous situations. Are there any things I’d like to see FNH USA change? No, not really. As a belt-and-suspender kind of guy, however, if it were mine I would probably add offset sights.

Of course, that’s just a personal preference. The fact is that the FN 15 1776 is a great way to start off as an AR owner. It is optics ready, built on a solid platform, and can easily be modified as the consumer wants. Bottom line: After you add an optic, the FN 15 1776 is ready to go.

When FNH USA advertised the FN 15 1776 as being “designed to be high performance, value-priced and optics ready, perfect for shooters looking for a base rifle to customize to their liking,” the company was not blowing smoke! I have no qualms about using or recommending this rifle. 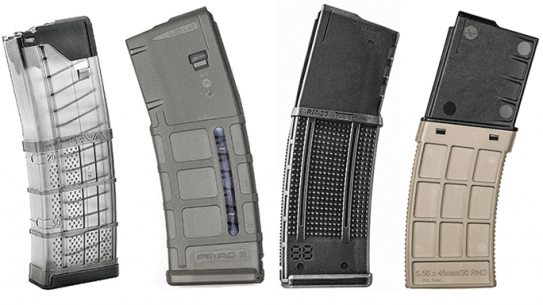 Battle-tested AR magazines to keep you in the fight!