Over the last couple of years, the opportunity to use the FNX double-action/single-action (DA/SA) series of pistols has presented itself a few times. Early on, I spent some serious range time with the FNX-40. The pistol’s ergonomics were excellent, as was its accuracy. FNX pistols are easily some of the lightest pistols out there with top-tier quality.

The ambidextrous controls were certainly nice, but I parted ways with decockers years ago. There is nothing wrong with them—they are just not my preference. Having carried a long list of “cocked and locked” pistols over the years, it remains my favorite type of carry. 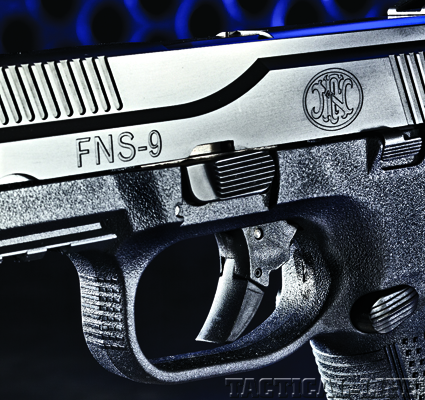 FN equips the FNS-9 with a crisp and reliable trigger that had no overtravel, adding to its shot-to-shot consistency and accuracy.

Until now, the last of these fine pistols I had a chance to test was the FNX-45. A friend of mine allowed me to use his for a few strings at a Gunsite class, and it was very accurate and comfortable. Run as a single-action pistol, it felt very intuitive for me. Especially on this gun, the trigger was crisp and predictable. These experiences have always lingered in the back of my mind, so I gladly accepted the opportunity to test FN’s new striker-fired design—the FNS-9. 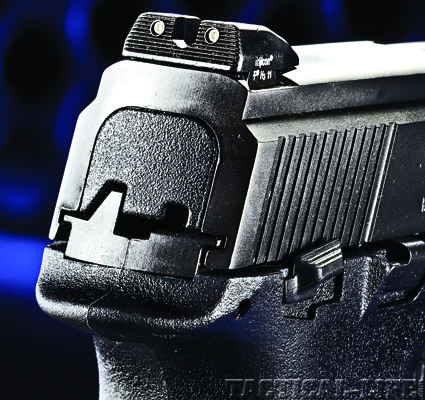 The rear sight lacks white outlines around its dots, so the front sight really stands out. Together, this makes for a fast set of sights.