WASHINGTON, June 10, 2009 – U.S. and Afghan forces killed an undetermined number of enemy fighters and detained 13 suspected militants in three operations in Afghanistan early Tuesday, military officials reported. In Helmand province, nine alleged Taliban and al-Qaida members were detained and other enemy fighters were killed in an operation that targeted a senior-level Taliban commander.

Afghan and U.S. forces detained the nine men as they were attempting to flee from the area. As the coalition force was wrapping up its operation, enemy fighters opened fire. The return fire resulted in an unconfirmed number of enemy fighters killed, officials said.

In Khost province’s Besmil district, Afghan and U.S. forces captured four suspected insurgents without incident. One of them is an alleged Haqqani terrorist group commander who was targeted for his reported involvement last month in an attack on Khost City government buildings, officials said.

The soldiers were en route to a nearby military base when their vehicle became stuck. Enemy fighters engaged with small-arms fire and a grenade as the soldiers were trying to free the vehicle. Several local residents were killed and three soldiers were wounded from the grenade blast, officials reported. Once the attack ended, the able-bodied troops freed the vehicle and continued to the base.

No specifics were available about the extent of the troops’ injuries or civilian casualties. 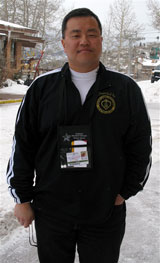