“I volunteered because I wanted to do something that would help in the care of our soldiers,” said Dr. Szuchmacher, a member of the Society for Vascular Surgery® (SVS). “It was an enlightening experience. The care given at Landstuhl could not be better. It was very rewarding to be able to help with the medical care.”

From December 18, 2010 through January 2, 2011, Szuchmacher volunteered at LRMC – the largest American hospital outside the United States. The volunteer service provided Szuchmacher with an opportunity to “give back.”

Since 2004, 66,000 military personnel have been treated at LRMC. Since Sept. 2007, 72 Society members have volunteered to supplement the limited number of vascular surgeons at the medical center.

“Speaking on behalf of SVS leadership and all of its members, we are extremely proud of the vascular surgeons who donate their time to help treat war injuries,” said 2010-2011 SVS President Dr. Robert Zwolak of New Hampshire. “Vascular surgeons repair damaged arteries and veins through traditional open surgical techniques. Our member volunteers are determining the value of endovascular methods in these most challenging and difficult cases.”

The inclusion of civilian SVS members at LRMC began at the request of SVS member and retired United States Army Colonel David Gillespie of the Office of the United States Army Surgeon General and professor of surgery at Walter Reed Army Medical Center in Washington, D.C. Dr. Gillespie asked Society members to share their medical expertise as volunteer surgeons at LRMC. SVS members responded immediately. Currently, there is a waiting list of SVS surgeons who are willing to volunteer at LRMC during 2011.

About the Society for Vascular Surgery
The Society for Vascular Surgery® (SVS) is a not-for-profit professional medical society, composed primarily of vascular surgeons, that seeks to advance excellence and innovation in vascular health through education, advocacy, research, and public awareness. SVS is the United States advocate for 3,350 specialty-trained vascular surgeons and other medical professionals who are dedicated to the prevention and cure of vascular disease. Visit its Web site at VascularWeb.org®. Follow SVS on Facebook and Twitter. 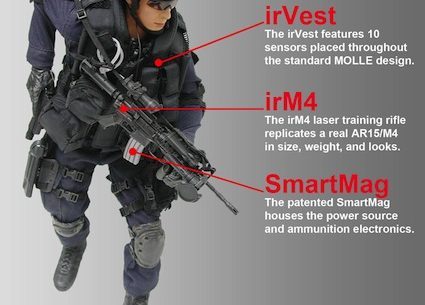