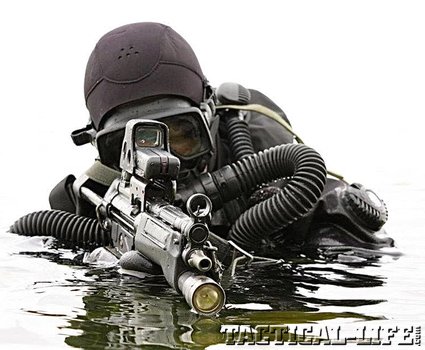 Since the end of the Cold War, Poland has been one of the U.S.’s closest European allies. The GROM special ops/counterterrorist unit is a Tier 1 unit, and it’s operators work closely with their American and British counterparts. Less well known, however, is another highly skilled Polish unit, Jednostka Wojskowa Formoza, popularly known as FORMOZA. The term FORMOZA purportedly came from the nickname Polish soldiers used for the unit’s base.

The forerunner of today’s FORMOZA naval special-warfare unit was a marine-research diving unit formed in 1975. During its formative years, FORMOZA received quite a bit of help from Sweden’s attack divers and from others who were present at a Stockholm diving seminar in 1975. Since that time, the unit’s mission has evolved to include an array of naval special-warfare operations. By 1990 the unit was operating in the special operations role that was attached to the Polish Naval Reconnaissance Group. As FORMOZA’s mission evolved, so did the unit’s designation—it is also known as JW 4026—and though it remains part of the Polish Navy, it is also assigned to the Polish Special Forces Command. The unit often trains for missions with combat divers from the two other primary Polish special operations units: JW 2305 GROM, which has its own special boat unit, and the Polish Army’s JW 4101 Commando Unit. 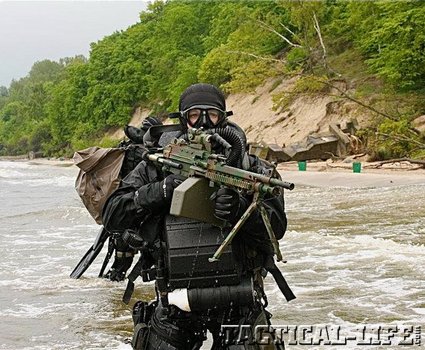 An operator of FORMOZA comes ashore armed with an FN Minimi PAra mounting an Aimpoint sight. FORMOZA operators are organized into pairs of divers who utilize a buddy system

Based at Gdynia, Poland, FORMOZA is organized into pairs of divers who operate on the buddy system. Three of these pairs form a group, and five groups form a section (30 operators). A FORMOZA section is, therefore, smaller than a U.S. SEAL Troop, which usually consists of about 40 operators. Reportedly, FORMOZA has a strength of six sections plus an HQ/administrative unit. That would put its total strength somewhere above 200 personnel. 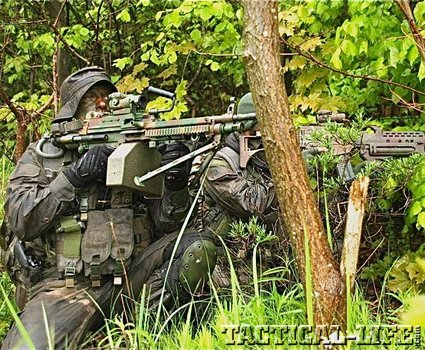 Applicants for FORMOZA may be drawn from professional soldiers, reservists, various law enforcement agencies or the fire service. However, if selected for the unit, the candidate will have to enlist as a professional. Candidates must have a good service record, pass psychological and physical screenings, undergo an interview process, and pass a security check. Diving and underwater swimming ability are part of the initial physical screening, which includes swimming underwater at a depth of 25 meters, swimming freestyle for 50 meters in 45 seconds, swimming freestyle for 400 meters in 9 minutes, running 3,000 meters in 12.5 minutes, and other tests of strength, endurance and agility.

The actual selection process is similar to that of the U.S. Navy SEALs and puts great stress on physical and psychological toughness and endurance. One particularly difficult aspect of selection is the marches in mountains and harsh weather conditions. As with the SAS and other such units, orientation marches between check points are also part of selection. 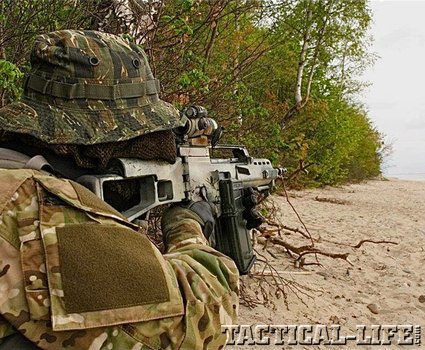 Once the initial selection is passed, the FORMOZA candidate begins a training cycle that will take up to three years before the candidate becomes a full-fledged operator. Among the skills learned are long-distance swimming, small-boat operations, close-quarters combat with firearms and with martial arts (hand-to-hand combat receives a lot of stress), foreign languages (especially German and English), operation of an array of vehicles, mountaineering and skiing, combat survival, combat medicine, communications, demolitions, parachuting, and helicopter insertions. Other training includes identifying a wide array of ships, missiles, aircraft and naval installations such as ports, shipyards and docks. Operators also learn how to avoid security systems used on ships and naval installations, and where best to place explosives to disable ships, aircraft and facilities. FORMOZA does not have a primary hostage-rescue mission—that falls to GROM. However, FORMOZA operators do practice building entries and ship takedowns, some of which include hostage-rescue scenarios. Some FORMOZA operators also receive sniper training.

FORMOZA works closely with the U.S. Navy SEALs, British SBS, German Kampfschwimmer, and Danish Frømandskorpset among others. I have found no information indicating that FORMOZA is working with the Ukranian naval spetsnaz, but my contacts in the Ukraine have mentioned that there is exchange training, which gives the Ukranians a chance to train in the Baltic and the Poles a chance to train in the Black Sea. Since both countries were formerly in the Soviet sphere, they share the desire to remain free from Russian domination. 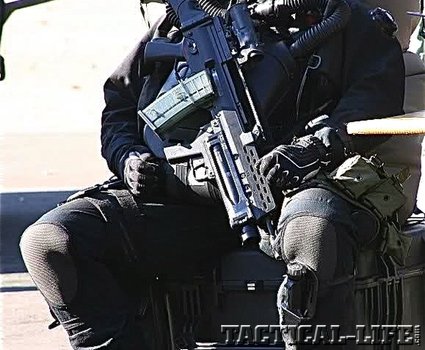 FORMOZA’s primary weapon is the HK G36KV, and some have the AHK AG36 grenade launcher mounted. Still available, also, is the Beryl and Mini-Beryl, both in 5.56x45mm NATO but based on the Polish Tantal. FORMOZA also has M14-based rifles, but I am unsure of their exact configuration or of what optics are used. I have also seen reference to FORMOZA having an underwater assault rifle. This is most likely the Russian APS, which would have been available to the FORMOZA during the unit’s early years. Sniper rifles include the SWD—the Polish designation for the Dragunov—and the Accuracy International Arctic Warfare. Based on photos, it would appear that some FORMOZA operators in Afghanistan have been issued M4 carbines.

FORMOZA’s submachine guns include the HK MP5A3, MP5N and MP5SD. In addition to the HK SMGs, FORMOZA also has Polish PM-84s, including suppressed versions. Pistols have included the Beretta M9, Sig Sauer P226 and Polish WIST-94, all in 9x19mm. At least a few Russian SPP-1 underwater pistols are also available. Heavier weapons include the FN Minimi mounting an Aimpoint Comp M3 and the PKM/PKSM machine gun. 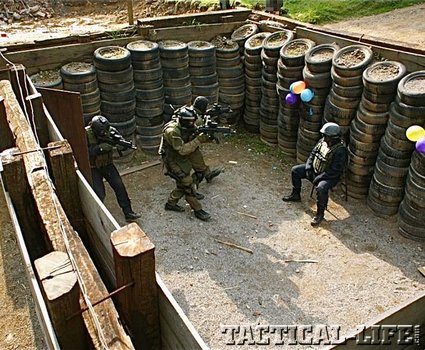 Many of FORMOZA’s deployments have been in support of NATO. During Operation Iraqi Freedom, FORMOZA operators provided force protection for Iraqi ships. Along with GROM, these operators were launched from the Polish ship Xawery Czernicki for operations near Umm Qasr during the early days of the Iraq War, to secure an oil terminal and an important dam. A small number of FORMOZA operators worked with Polish Commandos in Afghanistan as part of TF-50, whose primary mission was to train Afghan Provincial Commandos and lead them on operations. It is possible that some FORMOZA operators have also served in Afghanistan with GROM. For VBSS (Visit, Board, Search and Seizure) ops, some FORMOZA operators were also reportedly assigned to Polish ships during Operations Enduring Freedom and Iraqi Freedom. And some operators may have been assigned to Polish ships involved in enforcing the embargo on Iraq in 2000 and 2001.

Poland has grown in importance to NATO and as a U.S. ally. Reportedly, a substantial number of U.S. troops will be stationed in Poland as the number in Germany declines. Polish special ops units already have very close ties to U.S. special operations forces. The Polish operators are respected as professionals and liked as friendly allies. As a result, FORMOZA will likely continue to work closely with the U.S. Navy SEALs and other NATO combat swimmers. 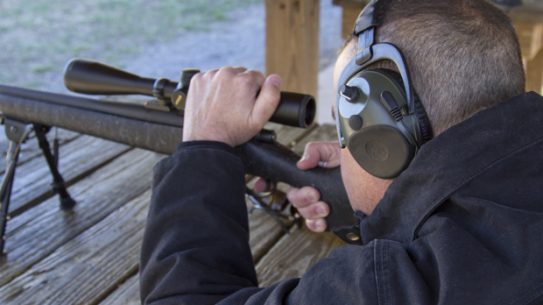