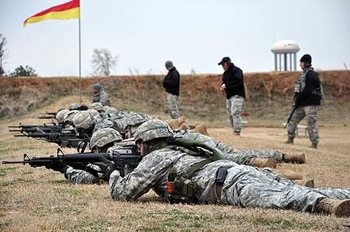 More than 100 Soldiers and Cadets braved the cold, rain and wind over the course of two weeks to participate in the Fort Benning Maneuver Center of Excellence Pistol and Rifle Championships Feb. 3-11, hosted by the U.S. Army Marksmanship Unit.

“The USAMU is extremely proud to host these championships,” said Lt. Col. Daniel Hodne, commander, USAMU. “Competitions like this are very rare in the U.S. Army. They all had a great opportunity to train with the absolute best shooters and marksmanship instructors in the world and implore their skills in competition.”

The objective of this competition was three-fold, Hodne said. First was to gain some great training from the Soldiers of the USAMU. The second was to have some friendly competition amongst units here on Fort Benning. The third objective was to have fun.

Soldiers were afforded the opportunity to earn excellence-in-competition points in both the pistol and rifle matches, which lead to the distinguished pistol and rifleman’s badges. Additionally, the Soldiers had the chance to shoot on some of the same ranges where the much bigger All-Army Small Arms championships will take place, possibly gaining an advantage over the hundreds of Soldiers and Cadets from throughout the Army who will make their way to Fort Benning for the match at the end of the month.

“Our core competency is engaging those targets that we shoot at and hitting them the first time,” said Col. Charles Durr, chief of staff, MCOE. “This competition, along with all of the competitions the USAMU sponsors, helps us instill discipline and skill in each one of our Soldiers.”

At the chief of staff match, Smith took home first-place in the open division. Lanzotti won the novice division, and Adams reigned supreme in the cadet division. 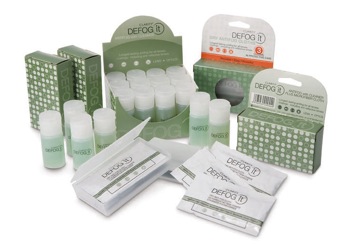 More than 100 Soldiers and Cadets braved the cold, rain and wind over the…