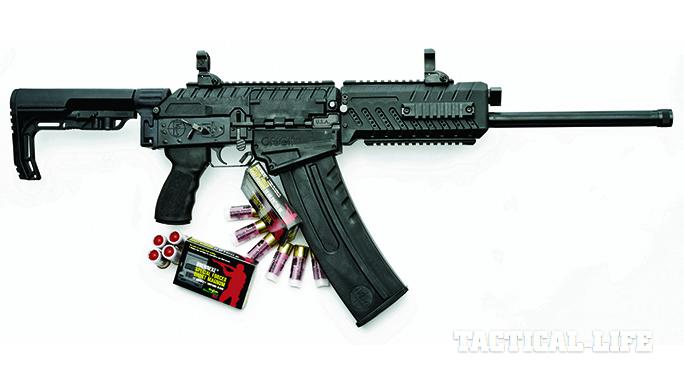 1 of 4
Fostech Origin-12
The Origin-12 might look like something from the movie Aliens, but this supercharged Saiga offers plenty of performance to turn heads in the real world. 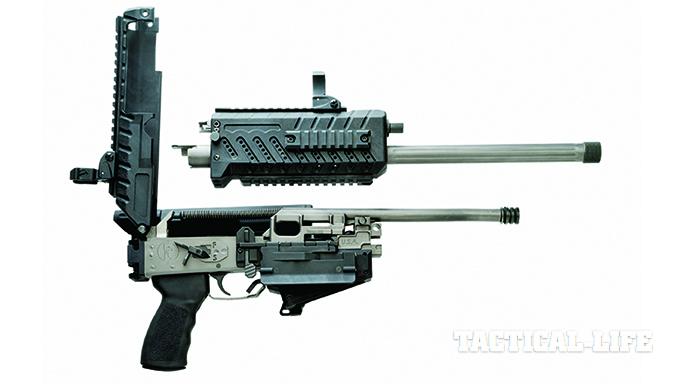 2 of 4
Fostech Origin-12
Fostech designed the Origin-12 with modularity in mind. To that end, users can quickly remove the forend, access the piston system or switch barrels in the field without tools. 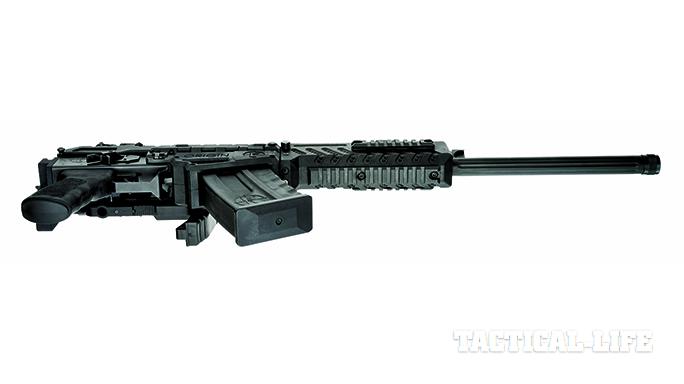 3 of 4
Fostech Origin-12
Fostech offers both 10- and 18.5-inch barrels for the Origin-12, and the latter is fluted to reduce weight and help dissipate heat. The barrels are also threaded to accept muzzle devices. 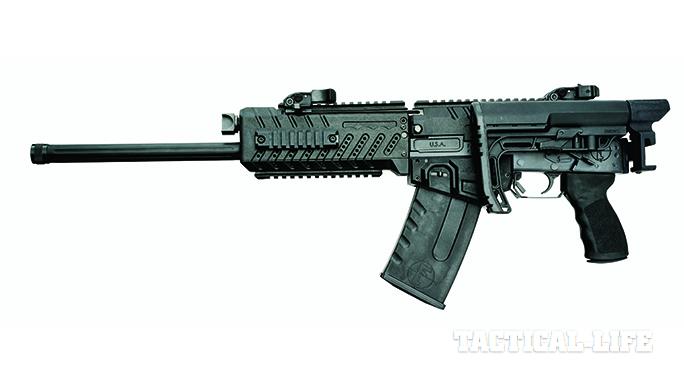 4 of 4
Fostech Origin-12
Thanks to its pistol-driven operating system, the Origin-12’s Mission First Tactical Battlelink Minimalist stock can be folded to the left side without interfering with the shotgun’s operation. 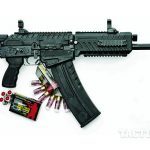 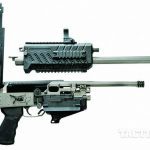 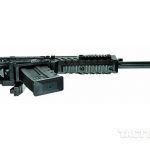 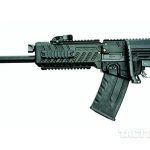 I’ve been using AK-style weapons, including shotguns, for a long time. My go-to tactical shotgun is a VEPR, and I’ve run more than a few Saigas over the years. Properly tuned, they run well, shoot softly and provide ergonomics more in line with a rifle than your typical tube-fed shotgun, which can be slow to reload, limited in capacity and harder to train with. But a rifle-style shotgun solves many of those issues. Depending on their design, they can cycle practice loads more reliably than similar semi-automatic shotguns, and the AK platform is one of the most proven combat designs ever engineered, so it’s well suited to home defense and tactical environments. Of course, AK-style shotguns are not without their problems. The controls aren’t very friendly, and it can be hard to add rails for optics and accessories thanks to import restrictions. Some AK-style shotguns are pretty rudimentary right out of the box, meaning they’ll require substantial upgrades for duty, self-defense or competition. Thankfully, Fostech Outdoors has come up with an interesting modular design that seems to fulfill a variety of roles with ease. And the Origin-12 shotgun is built right here in the U.S., so import restrictions don’t apply. Couple this fact with all of the upgrades that went into the Origin-12’s design and you’ll quickly see what makes it such an interesting shotgun.

The Origin-12 is built from the ground up as an AK-style shotgun with lots of polymer to help reduce weight. It’s also modular thanks to the design of the receiver and barrel/handguard assembly. This assembly includes the barrel, gas tube, gas block and handguard, making it easy for operators to change out barrels in the field as needed.

Made of high-strength steel, the barrel is fluted for reduced weight and better heat dissipation. It also features standard Saiga/VEPR threads so it can accept several flash suppressors, muzzle brakes or standoff devices as needed—even SilencerCo’s Salvo 12 sound suppressor. And removing or installing the barrel is easy, which makes cleaning and maintenance a breeze. Users can adjust the gas system via a ported plug, allowing you to bleed off gas as needed with heavier loads. It should be noted that the Origin-12 can only be used with 2¾-inch shells.

The forend features a Picatinny top rail that lines up with the polymer top cover’s, and shorter rails on the sides and bottom make it easy to add mission-critical accessories.

Flip-up front and rear sights are included. Unlike more traditional designs, you’ll find a large dust cover on the right side that snaps open during firing or when the charging handle is cycled. Snapping it closed keeps dirt and dust out of the action.

The Origin-12 also features ambidextrous controls—including the safety—that are easy to reach with either hand. The non-reciprocating charging handle is mounted just forward of the receiver on the left side. The bolt release is a large paddle that is easy to reach with your trigger finger, and the bolt locks back after the last round is fired. The magazine release is located at the front of the triggerguard, which means you can swap magazines and, with the bolt release, drop the bolt without coming out of the “pocket.” This makes the Origin-12 perfect for 3-Gun competitions.

The mostly polymer magazine well is designed to accept a variety of magazines, including five-, eight- and 10-round versions as well as 20- and 30-round drums. These polymer magazines feature steel feed lips for rock-solid operation, and they slide straight up into the mag well; they don’t have to be rocked in like AK magazines. The magazines also drop free easily when you push the magazine release.

At the rear of the receiver, you’ll find a Mission First Tactical (MFT) Battlelink Minimalist stock fitted to a buffer tube and folding stock adapter. The stock folds to the left side of the receiver. Locked into its extended position, the in-line design of the stock makes it easy to use most sights designed for ARs, like the Shield SIS (Switchable Interface Sight) I used for testing.

While the MFT Battlelink Minimalist stock is very compact, it doesn’t include QD sling cups, so I swapped it out for a Magpul CTR stock with a QD socket on the right-hand side. I also attached a VTAC QD mount at the front of the receiver rail, allowing me to use my padded Blue Force Gear sling without interfering with the charging handle. Finally, I added Magpul’s AFG (Angled Fore Grip) to the bottom rail of the forend.

Like what you’re reading? Check out the rest of this article in ‘Tactical Weapons’ February/March 2017. For information on how to subscribe, please email [email protected]outdoorgroupmags.com or call 1-800-284-5668. 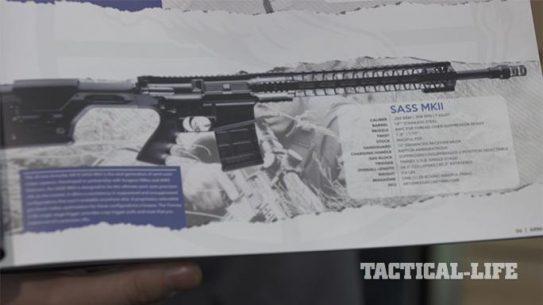 Armalite Is Expanding its AR10 Family with the SASS MkII