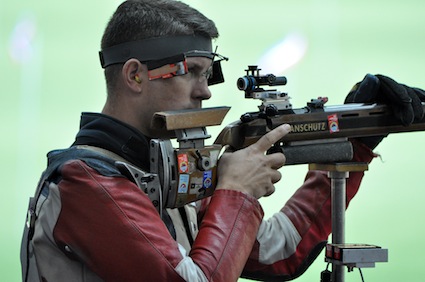 LONDON — Sgt. 1st Class Jason Parker, U.S. Army Marksmanship Unit, pauses to and figure out what is going wrong in his qualification round in the men’s three-position rifle event Aug. 6 at the Royal Artillery Barracks. Parker, a four-time Olympian, finished in 30th place. Michael Molinaro, US Army Marksmanship Unit photo

Four-time Olympian Sgt. 1st Class Jason Parker headed into the third round of the Olympic three-positions rifle competition Aug. 6 just one shot out of medal contention, but finished 30th.

Parker, a rifle shooter in the U.S. Army Marksmanship Unit, was unable to overcome a rough start in the kneeling position and failed to qualify for the final round of the final shooting event of the 2012 London Games at the Royal Artillery Barracks.

“I just couldn’t figure out what was going wrong,” Parker said. “That was a really bad streak in there at the beginning of kneeling.”

“I tried to figure out what I may have been missing,” Parker said. “We talked about some things the wind was doing, went back, and started shooting better.”

Parker tried to dig himself out of the hole, but it wasn’t enough during a match that saw two Olympic records set by Italy’s gold-medal-winner Nicco Campriani, who shot a qualification score of 1,180 and an overall score of 1,278.5, both new standards in the event. 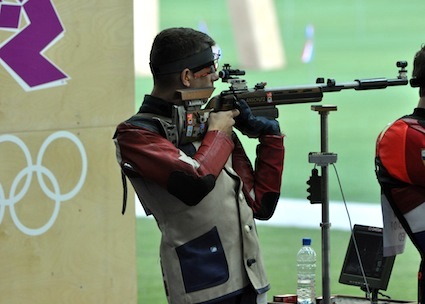 “I worked really hard before the competition, and there were a lot of expectations on me, which made things hard,” Campriani said. “The last 20 shots kneeling were really difficult. There were a lot of heartbeats and I was shaking. I made it and I’m glad because it’s not just this, it’s four years.”

“My aim was just to try and get in the final, keep myself calm, and perform to the best of my ability,” Emmons said. “For the first shots in the final, I started to squeeze the trigger and the gun went off before I was ready. That was a little scary. I would have liked better, but I am happy with bronze.”

Expectations for Parker were high entering the Olympics. He won the Italy World Cup in May and said he had been shooting really well during training leading up to the games. Most Olympic shooting events, though, are one-day affairs and even the world’s best can fall victim to an off day.

“I wanted to come represent the Army and the U.S. the best I could; that was number one,” Parker said. “And then, obviously, I wanted to come home with a gold medal. I had high expectations to make the final and be a contender for a medal. It’s really disappointing.”

Parker had the strong support of his family rooting for him from the stands, including sons Tommy, 8, and Wyatt, 5. It was their first trip to see their dad in the Olympics.

“They’re my biggest fans,” Parker said. “It was funny. After I finished the standing position, I turned around and saw that Wyatt had a grumpy look on his face. I thought he must be getting tired, but as I prepared for the kneeling, I thought about it some more and said, ‘Well, maybe he’s mad I’m not doing so well.'”

After leaving his fourth Olympics still searching for an elusive medal, Parker said he will take the next few months to chart a new course as shooters start thinking about Rio de Janeiro in 2016. While he didn’t rule out taking a shot at his fifth games, Parker said he realizes it may be time for someone else to take their shot at glory.

“I may try a little coaching,” Parker said. “I really want to try to help some of our younger shooters in the unit get on the podium. There is some talent there, and I think I can help.

“It might be someone else’s turn at this now.” 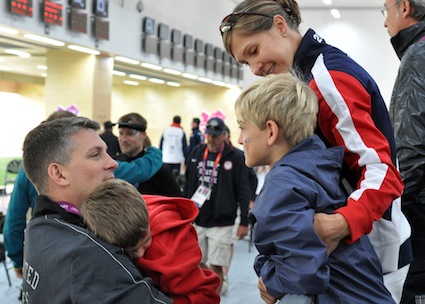 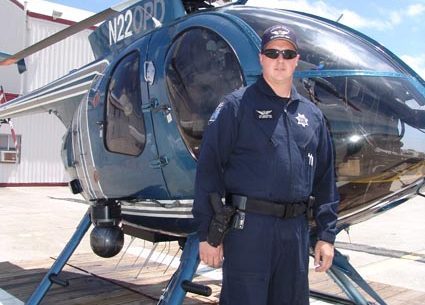 Oakland PD’S EYE IN THE SKY