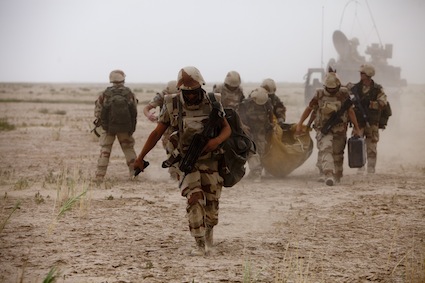 “This withdrawal will be done in consultation with our allies and with the Afghan authorities,” the statement from Nicolas Sarkozy’s office said.

All French troops could be out of Afghanistan by 2013, French Defense Minister Gerard Longuet told France Info radio Thursday.
Longuet declined to give specifics, citing the “safety of our soldiers and the people they protect.

“So we cannot say right now it will happen from such a place or it will be this type of troop because we have no information to give to our adversaries, the Taliban,” he said.

France has 3,935 troops in Afghanistan, according to the NATO mission there.