The CSW does not have a stock, so it’s not a rifle. The barrel is over 16” so it is not a pistol. It definitely is not a shotgun, so in no way can it be classified under any known “Assault Weapons” ban. Consequently, the CSW does not require a Bullet Button device and can use legally possessed “large capacity” magazines. The triggers are ambidextrous and are incorporated within the spade grips. Since the trigger system linkage attaches to the original AR15 trigger, the CSW does not increase the semi-auto rate of fire. 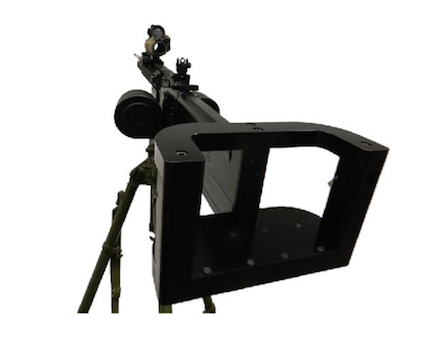 We are now taking pre-orders for the CSW, and we have two complete models to choose from. The model shown is a tripod mountable, V1 stainless steel, SBN, fluted 24” bull barreled variant complete with a YHM railed forearm, and flip up QDS sights. (Tripod, adapter mount, Beta C-Mag, and Aim-point scope not included.) We are also offering a value priced 20” V4 heavy full profile barreled version with a free float handguard and bipod stud. 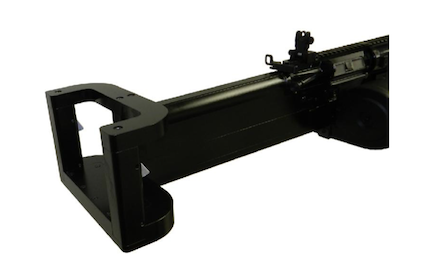 After all initial orders for complete firearms are fulfilled, the CSW will also be available in a modular kit form that will work with most AR15 pattern lowers. Delivery should commence by the second week of March.