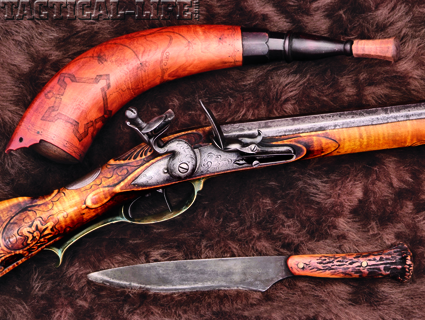 Today there are hundreds of quality American and European flintlock rifle reproductions, some costing hundreds of dollars, while others go for tens of thousands. These are the guns that honor our American heritage. We won our freedom in the Revolutionary War with the American “longrifle.” We used it to build our nation during the 18th and early 19th centuries.

Not long after the American Revolution, people’s sights began turning away from the fight and toward exploring their new country. The longrifles and pistols of the early 1700s were being replaced with newer and more artistic designs. The necessities of war were no longer the driving force behind armsmakers, but fulfilling the needs of Americans as they began to move farther west. The longrifle was as essential to that effort as the horse and wagon, and by the end of the 18th century the artisan gunmakers who had established their various schools of design were building long arms of remarkable quality and elegance—they were perhaps the most beautiful rifles ever produced in America. 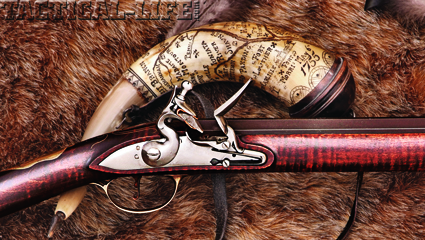 Bedford, Pennsylvania, gunmaker Gary Rummell handcrafted this early circa 1750s
English Fowler for the author in 2000. Chambered for .62-caliber patched ball or loose shot, the Fowler was used on the American frontier around the American Revolution.

In today’s world of high-capacity semi-automatics, most rifles have 20 or more rounds to discharge before reloading. They make the old reliable lever-action rifle of the late 19th century seem antiquated, though these are still being manufactured and sold. In their time, lever-action rifles were a major step forward from the simple muskets and longrifles of our forefathers who had set out for the frontier in the 1800s. These pioneering souls made do, and did quite well, with rifles that fired only one shot—two if they were fortunate enough to own a swivel barrel or a side-by-side. 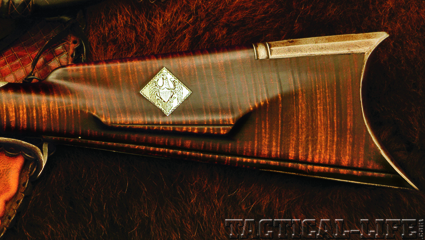 The beautifully ornate stock is just one part of Herschel House’s contemporary flintlock, so true to the period you might think it’s an original. House is a pioneer in the design of iron-mounted Kentucky and Tennessee longrifles.you would swear his guns are originals (above left side of stock). 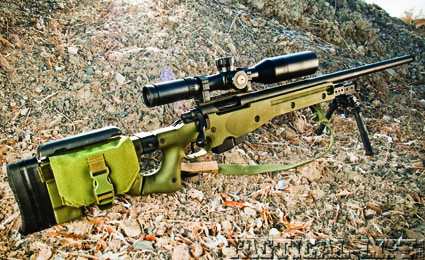 Today there are hundreds of quality American and European flintlock rifle reproductions, some costing…