0
SHARES
58
VIEWS
Share on FacebookShare on Twitter
Decked out with Magpul and covered in Cerakote, the GA Precision GAP-10 can print groups within half an inch 100 yards away.

In the military he is known as the sniper, while law enforcement prefers the title precision rifleman. The title does not matter, but the position is critical—a highly trained/skilled individual who can quietly move into position at great risk and take a precision shot at unknown distance and hit a small body part to create instant incapacitation, thus stopping a dangerous individual from killing others. No sweat, right? There is more to it than just zeroing a rifle, the tradecraft to take that long shot in varied conditions and (potentially) hostile environments is highly specialized if you are going to do it right. Yes, it’s more than just a special rifle, but the rifle is certainly important, so anyone serving in this role should think about their real-world mission carefully and select the rifle accordingly. 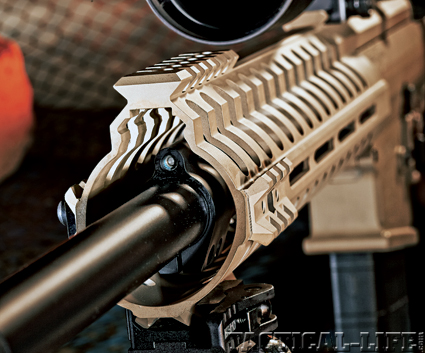 One of the first things to be considered when selecting the precision rifle is should it be bolt action or semi-automatic? As a rule, the bolt action is considered more accurate due to solid lock-up but is slower from shot to shot. If fast follow-up shots are needed (no one wants to think they will miss, but let’s be honest what are the chances of this during the stress and duress of conflict) being able to reset and depress the trigger is a far less complex than throwing the bolt and getting back on the trigger/sight for the next shot. Many knowledgeable trainers think the bolt gun is the right choice for law enforcement SWAT while the semi-auto is needed for the military and their battlefield environment, but I refrain from such a definitive statement. 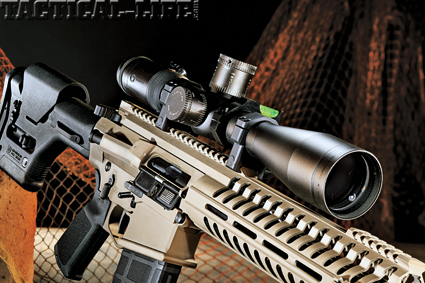 State of the art meets tactical—Vortex’s Razor 5×20 scope has a 50mm objective lens and Enhanced Battle Reticle, making it equally at home in high desert or asphalt jungles.

Each individual/unit needs to carefully consider their operational parameters and select their precision rifle based on their perceived need(s). I have come to believe the semi-auto can be just as accurate as the bolt gun; however, the semi-auto will likely be more expensive so the bolt gun can be a good choice for a unit that believes the fast follow-up shot is less important. For those that do, the selection of semi-auto rifles is vast. 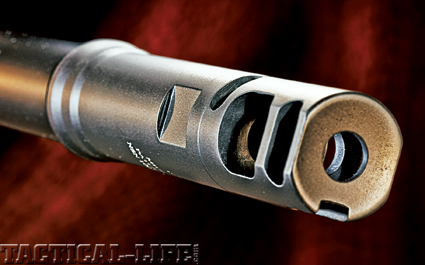 The GAP-10 comes with a SureFire muzzle brake that helps keep the muzzle on target between follow-up shots.