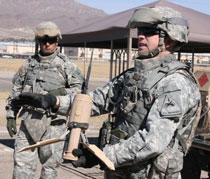 In a report dated March 12, the GAO says FCS technology has not yet reached appropriate levels of maturity, that not enough product testing has been demonstrated and that the program is over budget. Army generals involved in the program dispute the findings.

“Inside the GAO report they mention a $21 billion cost increase and because the report has just been issued, I don’t know how they came up with the $21 billion,” said Lt. Gen. Ross Thompson, military deputy to the Assistant Secretary of the Army for Acquisition, Logistics and Technology. “One of the things we have to get addressed with GAO is the basis in which they calculated that. I can’t explain their $21 billion.”

Thompson says overages are closer to about 6.5 percent of the total program cost of about $159 billion. He cites several factors for those increases, including technology spinouts, putting the capability into the infantry brigade combat team starting in 2011, four 4 program restructures, an increase in quantities of end items, adjustments based on lessons learned in theater, the impact of inflation and increases in capability.

The general also said the Army believes the technology levels in FCS are not lagging, as the GAO report suggests.

“We think the technologies are where they need to be,” Thompson said.

Of the 44 key technologies in FCS, Thompson said 35 are currently at technology readiness level 6, and that that level has been verified by independent technology experts. According to the Department of Defense’s Defense Acquisition Guidebook, a TRL 6 indicates a technology has, among other things, been “tested in a relevant environment” and “represents a major step up in a technology’s demonstrated readiness.”

The general said five more technologies in FCS are under evaluation now, and four more will be evaluated by June.

“Our expectation that all 44 of those technologies will be at the right TRL — 6 or higher than 6 — in order to begin to do the integration,” Thompson said.

Finally, the report claims that FCS technology has not been sufficiently demonstrated, without adequate testing.

“I think they are really mischaracterizing what we have done so far,” Thompson said. “For example, this year alone there are 203 test events in FCS. In 2008 there were 178 test events, in 2007, 217 test events. We are doing extensive testing. I have pages and pages of scheduled test events here. We’ve done an incremental approach, we are testing as we go, we do have Soldiers involved in testing — that was the whole purpose of the Army standing up a brigade capability at Fort Bliss — the Army Evaluation Task Force — that has Soldiers in the loop helping us do some of the testing to get some of those lessons learned.”

The general said the GAO is not giving the Army credit for the testing it is doing leading up to the important decisions that will be made in regards to FCS. 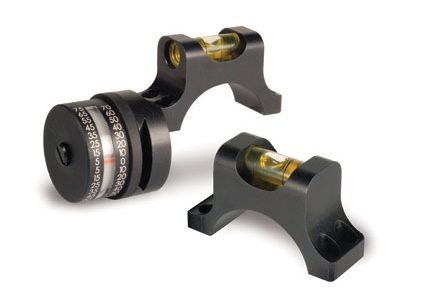 WASHINGTON-- Army leaders question the findings in a report released by the U.S. Government…