SEOUL, South Korea, Oct. 21, 2009 – Lauding progress toward transferring wartime operational control of South Korean troops to their own country in 2012, Defense Secretary Robert M. Gates today called on the longtime U.S. ally to assume a larger security role on the Korean peninsula and beyond.

Gates told a gathering of about 150 U.S. and South Korean troops at Yongsan Garrison here that he’s impressed in strides the South Korean armed forces have made toward assuming the lead defense role in their national territory. These efforts, along with a bold modernization effort, have built a force he called “poised to lead the defense of your homeland and protect your nation’s security interests around the world.”

Gates called on South Korea’s political leaders to invest more in their country’s defense, at a level “appropriate to Korea’s emerging role as a contributor to global security, and commensurate with the threat you face on the peninsula.”

North Korea – the impetus for the long-term U.S. security commitment here – has become increasingly lethal and destabilizing, he said. Though North Korea still has the capacity, although degraded, to strike south of the demilitarized zone, he noted, that threat pales in comparison to current developments that “threaten not just the peninsula, but the Pacific Rim and international stability as well.”

Gates reiterated the U.S. commitment to using the “full range of American military might” to provide extended deterrence. This includes everything from the nuclear umbrella to conventional-strike and missile-defense capabilities, as well as the continued U.S. military presence in South Korea.

But meanwhile, he added, the U.S.-South Korean alliance needs to continue to evolve to stand up to mutual security commitments, including those beyond the Korean peninsula.

Gone are the days, Gates said, when South Korea deployed forces — in Vietnam and Iraq, for example — seemingly as a gesture for the United States.

“Going forward, Korea’s international military contributions should be seen as what they are: something that is done to benefit your own security and vital national interests,” he said. “The will and the ability of the Republic of Korea to act regionally and globally are entirely consistent with your obligation to lead the defense of this peninsula.” 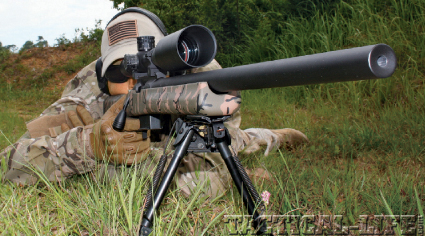