Gates hailed former New York Congressman John M. McHugh, who became the 21st secretary of the Army on Sept. 21, as a staunch supporter for the military during his 16 years in Congress.

“In the Congress, Representative McHugh was a strong advocate for Fort Drum, for the Army, and for the needs of all those who serve,” Gates said. Fort Drum, home of the Army’s 10th Mountain Division, is located in Waterville, N.Y., which is McHugh’s hometown. Fort Drum also is part of McHugh’s former congressional district.

Gates thanked McHugh, who had served as the ranking member of the House Armed Services Committee, for his support of important acquisition reform legislation that was passed earlier this year.

“Now he takes charge of the entire Army family,” Gates said of McHugh’s new role as the Army’s top civilian.

Today is a crucial time for the Army, Gates said. As U.S. operations and force levels wind down in Iraq, he said, the campaign in Afghanistan is entering a new phase. And, difficult budget decisions lie ahead, he added.

McHugh also will manage the replenishment, replacement and modernization of the Army’s battered, lost or obsolete equipment, Gates said, as he works to ensure the Army is equipped and prepared to fight today’s and tomorrow’s battles.

The new Army secretary also will focus on improving the quality of life for U.S. soldiers, their families and wounded warriors, Gates said.

The Defense Department is enhancing and institutionalizing its support for its warfighters, Gates said, to “see that their needs and those of their families have a bureaucratic home and sustained long-term funding.” As part of this effort, he said, the military is seeking improved care for servicemembers with post-traumatic stress disorder and other combat-related psychological ailments.

These are steps in the right direction, but there’s much more to do, Gates said, noting he’s confident McHugh will provide effective, tireless leadership as the Army’s most-senior official.

McHugh’s extensive experience in public service and his dedication to the U.S. military will serve him well as Army secretary, Gates said.

“I’m glad you’ve joined the team, John; my thanks to you and to the men and women of the United States Army who protect our country every day,” Gates said.

Gen. George W. Casey Jr., the Army’s chief of staff, saluted McHugh’s appointment, noting that although the Army has grown and is starting to re-balance its forces to provide more “down time” for soldiers after deployments, there’s much more work to be done.

“We are better positioned now than we were two years ago to accept some increased demand, but we are not out of the woods yet,” Casey said.

Casey expressed confidence that resolute leadership will win the war against global extremism as the Army sustains itself while preparing to meet challenges in the decades ahead.

“John McHugh is the right leader to do this,” Casey said. “He understands that the focus has to be on supporting the soldiers on the front lines and improving support and services for our Army families back home.”

McHugh thanked President Barack Obama and Gates for their trust and he pledged to do his best to maintain the force while supporting soldiers and families.

“Our future readiness will require that we continue to modernize, adapt our institutions, and transform soldier and leader development, while at the same time sustaining an expeditionary and campaign-capable force,” McHugh said.

At the same time, he said, the Army must continue to address challenges posed by the stress that families continue to face as the result of multiple deployments.

“Our mission — No. 1 — must be to ensure that our soldiers and their families are provided a quality of life that is equal to their extraordinary sacrifices,” McHugh said.

McHugh said he’s also committed to maintaining the fundamentals and foundations that have kept the U.S. Army strong for more than two-and-a-quarter centuries.

“Yes, the Army has numerous challenges before it, but facing daunting challenges is nothing new to this Army,” McHugh said. “In fact, it’s a defining part of the great heritage and tradition” that’s found throughout the Army’s history. 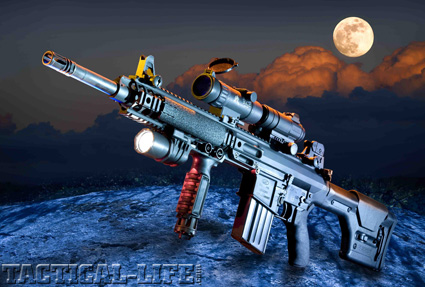