NEWPORT, R.I., April 17, 2009 – As the U.S. military winds down from Iraq and Afghanistan in the future, leaders must learn the lessons of past drawdowns, Defense Secretary Robert M. Gates said here today. Gates spoke to the class and staff of the Naval War College. He said leaders must understand that as conflicts end, the United States cannot unilaterally disarm.

Gates said one of his favorite sayings from his 43 years of federal service is, “Experience is the ability to remember a mistake when you make it again.”

“And one of the things that has happened to this country repeatedly in the 20th century,” he added, “is that at the end of a conflict or a war, we unilaterally disarmed.”

The United States eviscerated the armed forces at the end of World War I and World War II, he said. At the end of the Korean and Vietnam wars, he said, military capabilities dropped again.

“And we did it at the end of the Cold War,” he said. The Army is 40 percent smaller today, he told the students, than it was when he stepped down as director of central intelligence in 1993.

“So every time we have come to the end of a conflict, somehow we have persuaded ourselves that the nature of mankind and the nature of the world has changed on an enduring basis, and so we have dismantled both our military and intelligence capabilities,” he said.

He said that as the United States draws down in Iraq and contemplates the right level of forces in Afghanistan, leaders must not make that same mistake.

“My hope … is that we not forget the basic nature of humankind has not changed, and there will always be people out there who want to try and take our liberty away or the liberty of our friends and our partners,” he said. The United States must sustain a level of investment in national security capabilities that allows the country to deal with the range of threats, the secretary added.

Gates fielded a question on the Air Force’s effort to update its aging tanker fleet, and said he favors one company getting the mammoth contract. Many have suggested splitting the contract and giving pieces of it to both competitors. “First of all,” he said, “I would look at it from the other perspective, and that is, what are the consequences and costs of having two tankers?”

Development costs would double from the current $7 billion estimate to $14 billion, he said. A split contract also means the government gets no benefit from competition. “Any leverage that we might have in terms of cost control disappears,” said he explained.

The competition is in three segments. The first buy — the KC-X — is for 179 tankers. It will be followed by the KC-Y and the KC-Z, he said. “If … we encounter problems with those, it seems to me you’re in a position to reopen the competition and go forward from there,” he said.

Finally, the secretary talked about what he called the “miracle” of being able to study the fiscal 2010 defense budget request and make recommendations without anyone leaking the discussions. This was important to him, he said, and all involved signed nondisclosure agreements.

“It seemed to me what was critically important as we considered dramatic changes in the way we were going to procure things and programmatic changes to specific programs was that we be able to have those deliberations among the senior military and the senior civilians in the department without the newspapers printing, every single day, the results of our deliberations the preceding day,” he said.

The decisions were not made in a closed circle, he said, but rather involved multiple meetings with senior civilians, service chiefs, the Joint Chiefs and the combatant commanders.

“I felt it was very important for us to have a collaborative effort where people could be honest with one another across the table and not feel defensive,” he said. “I also thought it was important for the service chiefs each to see that they were not being singled out — that we were looking at the programs of all the services.”

The nondisclosure policy allowed leaders to concentrate. The participants were not “looking over our shoulder at contractors and Congress and everybody else, and trying pre-emptively to see how we would get around their objections,” Gates said.

The secretary said he discussed the process with President Barack Obama when he started the exercise. “My goal is to present to [the president] a budget independent of political considerations that focuses on what is in the best national security interest of the United States,” he said. “We’ll get into the political tradeoffs once the Congress starts looking at this budget.”

The group was large enough to study the recommendations, but not so large as to make it impossible to tell who leaked if information got out, Gates said.

“And I will tell you, a miracle happened,” he added. “In three months, there wasn’t a single leak of any of our deliberations.” 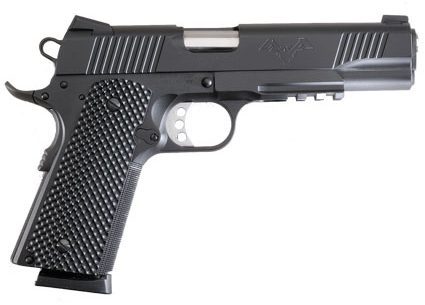