ABOARD A MILITARY AIRCRAFT, May 29, 2009 – As the plane flying him to a security conference in Singapore travels into a storm of regional unrest stirred up by this week’s North Korean nuclear tests, Defense Secretary Robert M. Gates today downplayed the swirling rhetoric and said he sees no need to adjust U.S. military forces levels in the region. “I don’t believe that anybody in the administration thinks there is a crisis,” Gates told reporters traveling with him to this weekend’s “Shangri-La Dialogue” Asia security summit.

“What we do have, though, are two new developments that are very provocative, that are aggressive, accompanied by very aggressive rhetoric,” Gates said. “I think it brings home the challenge that North Korea poses to the region and to the international community.”

North Korea reported conducting both nuclear and missile tests this week and threatened to attack U.S. and South Korean warships. Nations of the region have denounced North Korea’s actions, with a strong reaction coming from China, the country’s longtime ally.

Gates said North Korea’s actions actually may work for the United States as it goes into the security talks in Singapore hoping to build on and strengthen relationships in the region. For the first time, Gates will sit down with his counterparts from both Japan and South Korea at the same time. He also will meet briefly with a senior military official from China.

“I think … it may create opportunities for multilateral cooperation to try and persuade the North Koreans to change that behavior,” Gates said. “My impression is that [China was] surprised by the nuclear test. I think there may be some opportunities here.”

At the Shangri-La Dialogue, Gates said, he hopes to articulate the U.S. administration’s commitment to the region, a point he said was underscored by Secretary of State Hillary Rodham Clinton’s recent visit to the region.

Gates will meet with defense ministers, senior military officials and other senior officials from across the region. He said that although North Korea likely will dominate the discussion, the participants also will discuss other security issues. The secretary said the meetings are critical as the countries move ahead together to form a response to North Korea’s actions, and that they’ll need “to be on and stay on the same page.”

“I think that there is a general agreement that whatever responses there are need to be multilateral, preferably under the auspices of the U.N.,” he said, “but perhaps there are other means as well.”

China probably has more influence on North Korea than any other country, Gates said, though he conceded that even China’s sway has limits. Still, it is important for the Chinese to be a part of any dealings with North Korea, he said.

Gates said plainly that there are no plans for U.S. military action against North Korea unless the country does something that requires a military response. The secretary said that international diplomatic measures are the first choice to curb further development of nuclear and missile capabilities in the north, while avoiding destabilizing the country.

“I would say that what we’re talking about principally would be diplomatic and economic measures,” he said. “But also, are there ways potentially to help strengthen our military cooperation and perhaps [defensive] military capabilities?”

Whatever sanctions are agreed upon, the secretary said, he hopes they will strike at the heart of North Korea’s government without hurting the country’s people. 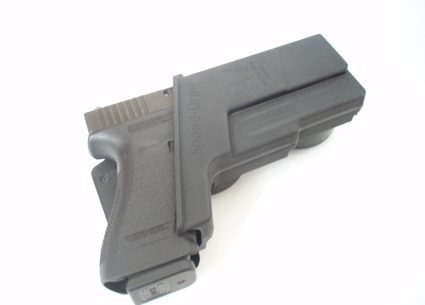