Gates said accelerating the growth and capability of Afghan forces is vitally important. He also explained that July 2011 is when American forces will begin to withdraw from Afghanistan.

About 30,000 U.S. forces will deploy to Afghanistan in the first six months of 2010, the secretary said. In announcing his new strategy last night, President Barack Obama said forces will begin to redeploy out of the country beginning in July 2011.

“The plan clearly is that we will not transition security responsibility to the Afghans until the Afghans have the capacity, in that district or that province, to be able to manage the security situation on their own, with us and our allies initially in a tactical overwatch, and then a strategic overwatch, situation,” the secretary said during today’s hearing.

Commanders will look at the situation on the ground just as commanders in Iraq did, Gates said, and will assess security district by district and province by province. “So the ability of the Afghans to take this on will depend on the circumstances in each of these areas,” he explained.

Afghan forces will need additional training and then will deploy as partners with U.S. and NATO forces. “One of the purposes of the U.S. going in with additional forces is not just to partner with the Afghans and not just to train the Afghans, but [also] to degrade the capabilities of the Taliban,” the secretary said.

July 2011 is the beginning, not the end, of the process of U.S. forces coming home, Gates said, noting that any transition will be based on conditions on the ground.

“But by the same token, we want to communicate to the Afghans this is not an open-ended commitment on the part of the American people and our allies around the world, because we have to build a fire under them, frankly, to get them to do the kind of recruitment, retention, training and so on for their forces that allow us to make this transition,” Gates said.

The centerpiece of U.S. debates on the strategy was how to get the Afghans to step up and take responsibility for their own future “in a way that allows us to have confidence that they will not once again become the safe haven for al-Qaida” Gates said.

Improving governance in Afghanistan is important to the strategy, Gates said, and it calls for U.S. and NATO leaders to focus not only on the national government in Kabul, but also on provincial and district officials and tribal leaders. “The key here is community security organizations that are willing to work with the government in Kabul and that do not become the militias for warlords,” the secretary told the senators.

Much work remains, Gates said. U.S. Ambassador to Afghanistan Karl W. Eikenberry and Army Gen. Stanley A. McChrystal, the commander in Afghanistan, are working on the joint civil-military campaign plan. That plan will establish the base for transition to Afghan security forces.

One obstacle he sees, Gates told the senators, is that the State Department seems to lack the kind of flexibility and agility it needs to spend money and make commitments quickly, citing restrictions and processes State Department officials must to go through with respect to their funds.

The end state in Afghanistan will look a lot like what has happened in Iraq, Gates said, with a gradual transfer of responsibility to indigenous forces and the government.

Gates said he has received commitments from allies for more military forces. “We have received private commitments from some countries, but because they have not yet announced them at home, we’re not in a position to make that announcement for them,” he said. “I will just give you an example. I made two telephone calls [the] day before yesterday, and … I received the assurances of between 1,800 and 2,000 troops.”

Even after the withdrawal that begins in 2011, the United States will have a small, residual military training and equipping role with Afghanistan, Gates said.

“We must not repeat the mistake of 1989, and turn our backs on these folks,” he said. “And when we’ve got the security situation with them under control, then the civilian and the development part must be the preponderant part of our relationship far into the future.” 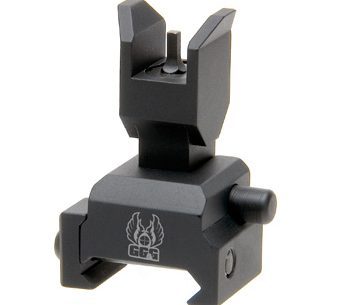