The visit, two months after Lebanese Gen. Jean Kahwaji became the first Lebanese armed forces commander to visit the United States, underscores U.S. efforts to meet the needs and requests of Lebanon’s military, which are considered critical to stability in Lebanon and the region, a senior defense official said.

“The Defense Department sees the Lebanese armed forces as a critical institution to a free and independent and sovereign Lebanon,” Colin Kahl, deputy assistant secretary of defense for Middle East policy, told the Pentagon Channel and American Forces Press Service.

The United States isn’t alone in internationally recognizing the importance of strengthening Lebanon’s state institutions, including its military. “U.N. Security Council Resolution 1701 basically enshrines the sense of the international community that a free and independent Lebanon that exercises sovereignty over all its territory is something we share as an interest, not just in the region, but more broadly,” Kahl said.

But Lebanon has long faced threats from outside as well as within its borders, he said. Sunni and Shiite extremist groups operate within the country. Hezbollah’s heavily armed militia provides a direct challenge to Lebanon’s sovereignty.

“Lebanon faces a whole array of challenges,” Kahl said. “But both in terms of their international and external relations, we see the Lebanese armed forces as playing an important stabilizing and moderating influence.”

More recently, the Defense Department has been working with the Lebanese government to expedite delivery of Cessna close-air-support aircraft with precision Hellfire missiles and Raven unmanned aerial vehicle systems. The United States is also working to transfer M60 Abrams tanks to the Lebanese military from other countries in the region, Kahl said.

These systems, expected to be delivered by June, will strengthen the Lebanese armed forces’ ability to conduct counterterrorism missions, protect its borders, maintain law and order and confront threats to its internal security, he said.

Kahl called this capability a hallmark of a sovereign state, and critical to stability in Lebanon and the region.

“In Lebanon, this is particularly important where you have a number of groups outside the state that attempt to have militias or engage in forceful activities,” he said. “We really think standing up the Lebanese armed forces is an important symbol, and actually a material indication of Lebanon’s sovereignty.” 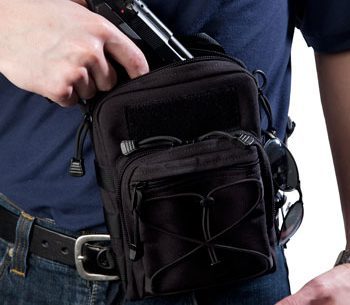