Gates was slated to kick off his visit with a one-on-one session with Karzai to discuss Obama’s decision and how the United States and its allies plan to implement it as they partner with Afghan national security forces, he told reporters during the flight here.

The discussion will be Gates’ first with Karzai since the president’s announcement, he said. He talked briefly with Afghan Defense Minister Gen. Abdul Rahim Wardak the night before Obama’s address.

Another major message will be the importance of a long-term relationship among the U.S. military, the NATO-led International Security Assistance Force and the Afghan national security forces, he said.

The United States will work to reduce its forces, over time, as the security situation improves, Gates said. At that point, its relationship with Afghanistan will focus more heavily on civilian developmental and economic areas, more reflective of its relationships with other countries around the world, he added.

“But we intend to be their partner for a long time to come,” he said, vowing not to abandon Afghanistan. “We are not going to repeat the experience of 1989,” he said, referring to the United States walking away from involvement with Afghanistan when the Soviet Union ended its occupation.

Gates said he’ll emphasize during his talks here the importance of “capable, honest ministers” in Afghanistan, particularly within the Defense and Interior ministries, which have a direct link to the success of U.S. and partner-nation operations here.

Expressing confidence in Wardak and in Interior Minister Mohammad Hanif Akmar, Gates shared Secretary of State Hillary Rodham Clinton’s view that the Afghan government is getting an unfairly critical assessment from some corners.

“There is a tendency to paint this government with too broad a brush,” he said. “The fact is, there are competent, capable, honest ministers and there are capable, competent and honest governors. And we just need to encourage that.”

During his visit here, Gates said he’ll ask the Afghan leaders about prospects for increasing the retention and recruitment of Afghan national security forces, and stepping up the U.S. and partner countries’ training partnerships with them.

“So raising the pay of police, and putting in place a number of additional incentives and bonuses … for the Army, such as combat pay … clearly will help,” he said.

Gates cited the need to increase the size of the Afghan National Army to give relief to overtaxed soldiers. Attrition in the Afghan army is highest in the west and north where the combat is heaviest, he noted.

“The reason is, there aren’t enough of them, and they basically fight until they die, or they go AWOL, because there is nobody to rotate in behind them so they can get a break,” he said. “So [increasing] the numbers, and getting to be in a position where you can rotate some of these Afghan soldiers, I think, will be an important part of the retention piece as well,” he said. 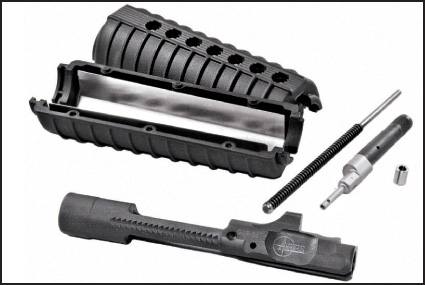