NEWPORT, R.I., April 17, 2009 – Though the proposed fiscal 2010 defense budget reflects some shifts in emphasis, it is important for the United States to maintain its capabilities for conventional warfare dominance, Defense Secretary Robert M. Gates told members of the Naval War College here today. But America also must be ready to face enemies across a wide spectrum of conflict, the secretary said.

This, he said, was why he placed programs that aid those fighting wars in Iraq and Afghanistan in the base budgets of the services, rather than in supplemental funding requests. It’s also why he recommends eliminating other programs, such as the airborne laser, the Air Force’s combat search and rescue helicopter, the vehicle portion of the Army’s Future Combat System and several missile programs, he said.

The Pentagon’s processes for procurement and acquisition of new systems have to change, Gates said. In a lesson from history, he told the students that when Henry Knox, the country’s first war secretary, was charged with building America’s fleet in 1797, he had to build six frigates in six different shipyards in six different states to gain congressional support for the plan. “So some things never change,” Gates said.

The secretary’s recommendations for the Navy include accelerating procurement of the littoral combat ship. He acknowledged that the ship — designed to operate in shallow waters near the coast — has had problems, but said it’s past those problems now.

“As you saw last week, you don’t necessarily need a billion-dollar ship to chase down a bunch of teenage pirates,” he said. “The size of the ship in such cases is less important than having Navy SEALs on board.”

The United States still will need naval presence in the future, Gates said, noting that a U.S. Navy ship is a traveling piece of American territory that can influence friends and enemies around the world. “But we cannot allow more ships to go the way of the DDG-1000,” he added. Since its inception, he noted, the projected buy of the Zumwalt-class destroyer has dwindled from 32 ships to three, as costs per ship have more than doubled.

Gates has recommended building more Arleigh Burke-class ships and upgrading the rest. He called the ship class the workhorse of the fleet.

The new focus requires new thinking, because the United States cannot build ships as it did during the Cold War, the secretary said. The Quadrennial Defense Review will provide the framework for this strategy, he told the Naval War College audience.

The secretary said America must put discussions about the Navy in perspective. “As much as the U.S. Navy has shrunk since the end of the Cold War, … its battle fleet … is still larger than the next 13 navies combined – and 11 of those 13 navies are U.S. allies or partners,” he said. “In terms of capabilities, the overmatch is even greater.”

No other country has the reach and firepower of carrier strike groups or expeditionary strike groups. But those are targets as well, and the American military must look for ways to counter threats to these assets from nontraditional foes with nontraditional capabilities, Gates said.

U.S. sailors are all over the world in many settings that previous thinkers wouldn’t have thought possible, Gates noted.

“All of the services are challenged to find the right balance between preserving what is unique and valuable in their traditions, while at the same time making the changes necessary to win the wars we are in and, particularly in the case of the Navy, be prepared for likely future threats,” Gates said. “With this budget, I have tried to make a holistic assessment of the capabilities, requirements, risks and needs across the services.” 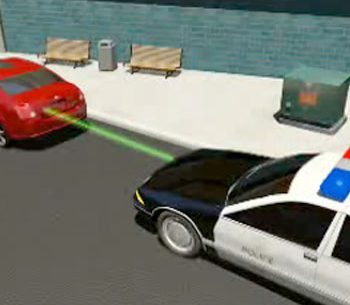