Gates spoke for an hour with Abderrahim Foukara, the network’s Washington bureau chief, Sept. 4. Al-Jazeera is the most-watched news network in the Muslim world.

“He’s been trying to sit down with Al-Jazeera for months,” said Pentagon Press Secretary Geoff Morrell. He noted that despite some trepidation in Washington about the secretary speaking with the network, “they are a giant in the Arabic-speaking world that cannot be ignored.”

The network broadcast the interview in its entirety yesterday and will continue to do so for the week, Morrell said.

The situation in Afghanistan and the willingness of Americans to stay the course in the country dominated the interview.

“Americans know that our country has been at war for a number of years, ever since we were attacked in 2001,” Gates said. “Obviously, we’ve lost a lot of our young men and women in combat, not to mention the casualties in New York and Washington and Pennsylvania on Sept. 11. And so, there is a sort of war-weariness on the part of the American people.”

Gates said Americans haven’t forgotten that Afghanistan was the place where al-Qaida planned, trained and financed the attacks on Sept. 11, 2001. They realize that the Taliban weren’t just providing a home for Muslim extremists, he added, but also were actively colluding with them.

Americans understand that the way out of Afghanistan is not a precipitous military withdrawal, Gates said, but rather continuing to train Afghan security forces and government institutions to handle the country’s security needs.

“The reality is also that al-Qaida has killed many more Muslims than it has Americans, Europeans and others,” Gates said. “So this is a challenge we all face, and I am confident the American people will sustain their commitment to help the Afghan people.”

The situation in Afghanistan is mixed, Gates acknowledged. The Taliban have reconstituted to an extent, he said, and there is no doubt that the situation is serious. The Taliban are infiltrating into areas and using their tactics of fear and intimidation to make Afghans cooperate with them. Still, Army Gen. Stanley A. McChrystal, the NATO and U.S. commander in the country, and Afghan Defense Minister Abdul Rahim Wardak believe a counterinsurgency strategy can be successful in the country, he said.

Protecting Afghans from the Taliban and other extremists has to be the focus of operations in the country, the secretary said, and air strikes like the one in Kunduz last week that killed Afghan civilians are a real problem to the strategy.

“Clearly, we regret any loss of civilian life in Afghanistan, and I’ve addressed this issue while in Afghanistan as well in the United States,” Gates said. “And one of the central themes of General McChrystal’s new approach in Afghanistan is significant change in our tactical approach to try and minimize the number of innocent civilians that are killed.”

McChrystal has changed procedures for requesting close-air support and has ordered convoys to follow Afghan traffic laws. “In fact, our troops take some additional risk to themselves to avoid innocent Afghan casualties,” Gates said.

American, NATO and Afghan security forces are working out new tactics to counter the Taliban strategy, he said.

The effort in Afghanistan is a challenge, Gates said, but key to any strategy in the country is trust. “Central to the success of the 42 nations that are trying to help the Afghan people and government at this point is that the Afghan people continue to believe that we are their friends, their partners and there to help them,” the secretary said.

“Over time, we and all of the international community with us, along with the Afghan security forces, are in a position to try to bring that to them,” Gates said.

How American and NATO forces are used is important to the struggle for Afghanistan, Gates said, noting that the Afghan people viewed foreign powers who became immersed in Afghanistan – Britain in the 19th century and the Soviet Union in the 1970s and 1980s – as occupiers who were out for their own gain.

Gates said the United States can achieve its objectives in Afghanistan, which he said are “to bring peace and security to the Afghan people and to prevent Afghanistan from becoming a haven for violent extremists.”

“I think that those objectives are achievable,” he added, “and I think that’s the way we ought to think about it.”

The secretary said U.S. leaders are evaluating McChrystal’s assessment of the situation in Afghanistan and his methods for implementing President Barack Obama’s strategy. Once that is digested, he said, leaders will look to the resources – troops and cash – needed.

Still, the secretary said, he has not made up his mind on seeking additional U.S. forces for the region. 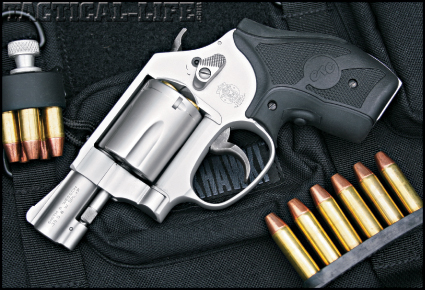