Speaking to the defense chiefs of 11 Gulf countries at a conference here, Gates encouraged cooperation against common threats that span national borders like Iran’s nuclear program and terrorist networks operating in the region, as well as in Afghanistan and Pakistan.

“Efforts like these bolster the defensive capabilities of everyone involved, without diminishing pre-existing bilateral or multilateral relationships,” he told participants. “They are, I believe, a model for how all of us can better address the challenges of the 21st century by fostering collaboration between and among the nations of the Gulf.”

Gates called on the Gulf nations to support Iraq, adding that would help curtail aggression by Iran, which he noted was meddling in Iraqi affairs by training and supplying militants.

“The embrace of Iraq by its fellow Gulf states will help contain the ambitions of Iran,” he told the defense leaders. “As I have said before, the Iraqi people want to be your partners. Given the challenges in the Gulf, and the reality of Iran, you should wish to be theirs.”

The benefits of an Iraqi partnership would be mutual, Gates said, with an Iraqi populace and elected government in Baghdad hoping to play a constructive regional role that can help contain Iranian ambition. But their ability to do so depends in large part on the Gulf States, which have at times had strained relationships with Baghdad, he added.

“For the better part of 50 years, the government of Iraq has too often been a bad actor in the region — inflicting suffering on its own people and on many others. To be sure, I am aware that in international affairs, old wounds do not heal easily,” he said. “However, if we look closely at Iraq’s economic and political potential, it is clearly in the Gulf nations’ strategic interest to support the new government and the people of Iraq.”

“Success depends, in the final analysis, on the fortitude of the Iraqi people and the leaders they choose,” he said. “Yet, as the United States responsibly draws down its presence, we look for sustained international and regional support that will allow Iraq to take full charge of its own security and rejoin the family of nations.”

“The primary example I would offer in this regard is Iran — whose pursuit of a nuclear weapon could set off an arms race in the Gulf, and whose regional meddling has already cost far too many lives,” he said.

The defense secretary said the United States has watched the aftermath of the Iranian national election with interest and concern.

At the White House today, President Barack Obama condemned  the Iranian regime’s crackdown on protestors challenging the results of the June 12 elections.

“The United States and the international community have been appalled and outraged by the threats, beatings, and imprisonments of the last few days,” he said. “I strongly condemn these unjust actions, and I join with the American people in mourning each and every innocent life that is lost.”

Obama called allegations from the Iranian regime that the United States is interfering in Iran’s affairs “patently false and absurd,” and said it’s an obvious attempt to distract people from what’s really happening in Iran.

Gates noted that Obama has reached out to the government in Tehran, saying, “The question now is not what Iran is against, but rather what future it wants to build.”

The president also has endorsed a two-state solution, with a Palestinian state living in peace and security alongside Israel — an arrangement that would weaken the Iranian proxies of Hamas and Hezbollah, Gates said.

“That future must not include a nuclear weapon or destabilizing activities in the region,” Gates said. “Engaging diplomatically on these issues will test Iranian intentions and claims of good faith.”

Even as the United States engages with Iran, it will move to strengthen non-proliferation norms and work with allies and partners to ensure their fundamental security interests are protected, Gates said.

“Where necessary, we will take action by conducting counter-terrorism operations, and sharing intelligence for the interdiction of illegal shipments of weapons or materiel,” he said.

Gates applauded efforts by members of the Gulf community to lend support in Afghanistan.

“Though Afghanistan is outside the regional focus of this conference, it is nonetheless a vitally important topic for Gulf security interests,” he said. “Also encouraging is the support Afghanistan has received from other nations, including members of the Gulf community. We are grateful for that assistance but urge you to do more — to improve Afghan governance, reconstruction, economic development and security capacity.” 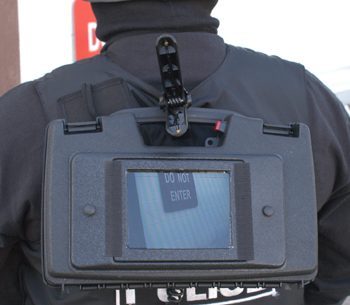