Afghanistan — particularly the region that abuts the Afghan-Pakistan border — is “the modern epicenter of jihad,” Gates said, noting that area is where the Soviet Union’s military forces eventually were defeated by Afghan insurgents during the 1979-89 Soviet-Afghan War.

Gates said a symbiotic relationship exists among al-Qaida, the Taliban and other Islamic insurgent groups in the Afghanistan-Pakistan region. Those groups, he said, would like nothing more than to chase the United States -– another superpower — and NATO out of Afghanistan, just as the Soviets were made to leave in the late 1980s.

“It’s a hugely empowering message … should they be successful,” Gates said of the insurgents’ desire to take back Afghanistan.

And if the Taliban regained control of significant portions of Afghanistan, Gates said, “that would be added space for al-Qaida to strengthen itself” and embark on expanded recruitment and fund raising activities there.   “The reality is, because of our inability — and the inability, frankly, of our allies — to put enough troops into Afghanistan, the Taliban do have the momentum right now, it seems,” Gates said.

Yet, it’s more important, Gates said, not to define the situation in Afghanistan as to whether or not the United States and its allies are winning or losing. Such “loaded” words, he said, seem to inflame the domestic debate and can cause consternation overseas.

Gates praised Army Gen. Stanley A. McChrystal, the senior U.S. and NATO troop commander in Afghanistan, as being “exactly the right” officer to oversee operations there. Gates said he concurs with McChrystal’s assessment that the situation in Afghanistan is “serious and deteriorating.”

President Barack Obama is studying McChrystal’s assessment of Afghanistan operations. The general also provided a report of what he believes is needed — in terms of troops and other resources — to succeed in Afghanistan.

McChrystal, who has said he advocates deploying more troops to Afghanistan, has lately attracted criticism from some quarters because he’s been vocal in stating his views, particularly in a recent speech in London. Gates reiterated his support for McChrystal, but the secretary also cautioned that it’s paramount not to let the decision-making process about how to proceed in Afghanistan become a public airing of views before the commander in chief can listen to all of his advisors.

“I think the important thing is for the president to hear the advice of his commanders, and to have the advantage of hearing that advice in private,” Gates said.

During the decision-making process prior to the surge of forces in Iraq, Gates recalled, he structured a process in which senior military commanders “each had an opportunity to present their views privately” to then-President George W. Bush.

“I think that’s the way the process ought to work” regarding the way ahead in Afghanistan, Gates said, noting that Obama has made it clear he’s ready to spend whatever time is required to get advice directly from his senior commanders.

“It is very important that we get the most thoughtful, candid advice from everyone,” Clinton said. The president’s process for re-examining the strategy in Afghanistan, she said, is “one of the most open, most thorough that I’ve read about.”

Gates said McChrystal would implement “as effectively as possible” any decision the president makes.

The panel discussion was recorded for broadcast on CNN today. 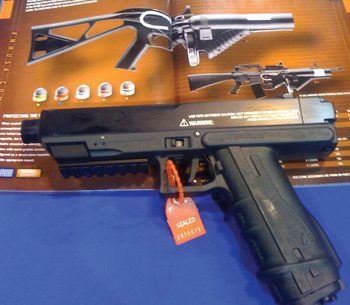