0
SHARES
2
VIEWS
Share on FacebookShare on Twitter
Not only is this rifle sized right for small shooters, but it retains all the amenities associated with quality hunting rifles like nice wood and clean-cut checkering.

It’s been a long time coming, but Browning has finally gotten it right. Their new X-Bolt Micro Midas is a fine quality big-game rifle purpose-built for youngsters. With all the talk about introducing youngsters to hunting and shooting, you’d think the world was full of firearms sized just to fit them. After all, you can get hunting boots, hunting clothes and even ATVs that are perfectly configured for children from preschool to puberty. This lack of firearms for kids tends to suggest that all this talk about teaching kids to hunt is just rhetoric. With some firearms manufacturers that might be true, but not with Browning. 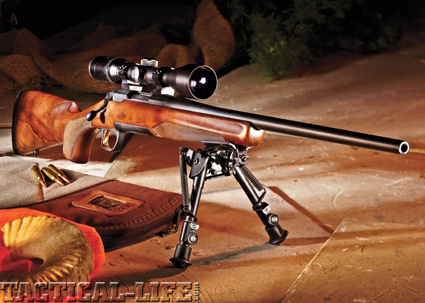 Browning’s new X-Bolt Micro Midas is a superb choice for young shooters or smaller adults. Not only is it sized right, but it offers all the amenities expected on a high-quality factory hunting rifle. Steve Woods photo

X-Bolt Specs
Browning introduced their X-Bolt rifle to the hunting world in 2008. A few months prior to that introduction, I had a chance to shoot one on a Wyoming pronghorn hunt. I was really impressed with the features of the rifle, specifically its light weight and accuracy. The X-Bolt brought refinement and advanced engineering to Browning’s ever-popular A-Bolt rifle, their previous flagship, bolt-action hunting rifle for many years. 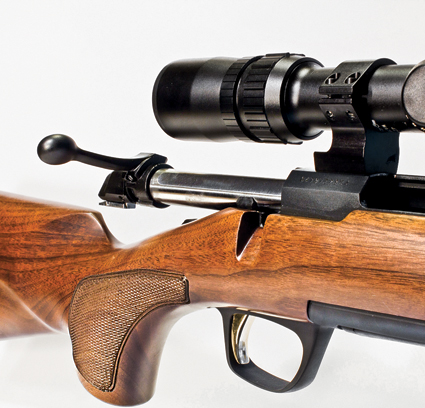 The low 60-degree bolt lift on the Browning X-Bolt and X-Bolt Micro Midas allows scopes to be mounted close to the action.

Browning recently further refined the X-Bolt so that it is shorter, lighter and engineered to fit smaller shooters. Not only is this rifle sized right for small shooters, but it retains all the amenities associated with quality hunting rifles like nice wood and clean-cut checkering. This is not a no-frills, bargain-priced rifle. The X-Bolt Micro Midas looks just like a quality hunting rifle for an adult. If a father has an X-Bolt, now his son can have one that looks just like it but fits him. 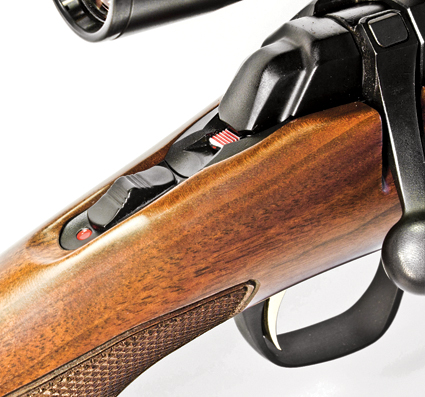 The tang safety on the Browning X-Bolt Micro Midas leaves no question in the shooter’s mind as to the condition of the rifle.