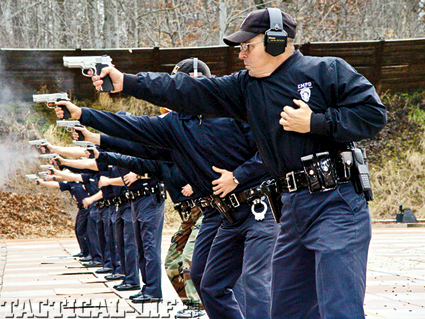 In 1967, an event occurred that forever changed the attitude of American police officers toward their service sidearm. In that year, the Illinois State Police adopted the S&W Model 39 autopistol and things would never be the same again.

1st Generation
The M39 was the first U.S. made pistol to utilize a DA/SA trigger, which allowed the first shot to be fired by a long revolver-like trigger stroke while subsequent rounds were fired in single-action mode. When pushed down, a rotating safety lever on the slide interposed a steel bar between the hammer and the firing pin before tripping the sear and dropping the hammer and, if left down, prevented trigger and hammer movement. An inertia-type firing pin permitted moving the safety lever “off,” allowing the pistol to be carried safely with the hammer forward. This system would be used on all subsequent S&W DA/SA pistols. The M39 was also unique in that it was built on a lightweight alloy frame and was chambered for the 9mm cartridge. 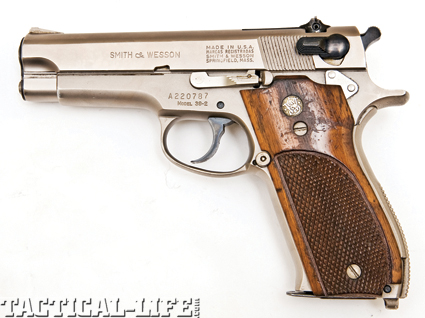 The S&W Model 39 was the first autopistol to see significant use by American police.

While the M39 was adopted by several U.S. police departments, the revolver at that time was so firmly entrenched in the police mind that acceptance was limited. In 1970, S&W introduced the M59 pistol, which was mechanically identical to the 39 but utilized a 15-round, double-column magazine, making it the high-capacity champion of the day. The FBI purchased 300 M59s, which was used by agents in the infamous April 1986 Miami Shootout. 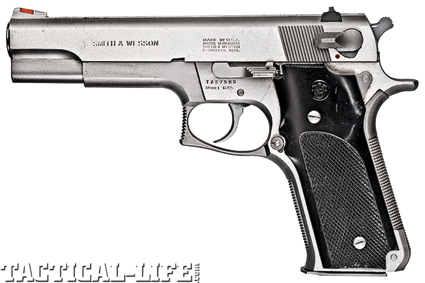 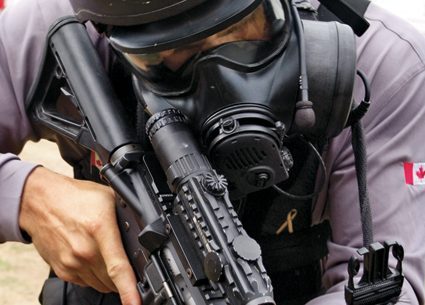 Recruits with the Charlotte/Mecklenburg Police Department train with the S&W 4046 pistol. Photo Courtesy…