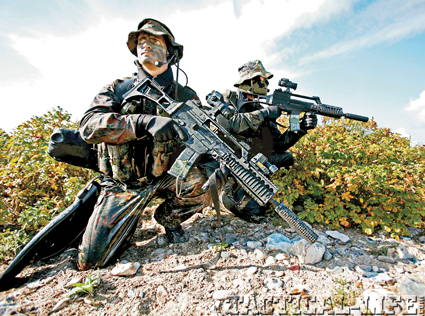 Germany’s Kampfschwimmers — a term that roughly translates as combat swimmers or battle swimmers — can trace their origins to World War II. Known as Marine Einsatzkommando, German frogmen of K-flotilla carried out operations using small boats filled with explosives or riding manned torpedoes against allied shipping. Swimmers attempted to blow up bridges across the Rhine and other rivers to slow the Allied advance into Germany. There were also special SS frogmen, and Otto Skorzeny’s Jagdverband special forces unit incorporated trained combat swimmers.

Post-World War
In the post-war German armed forces, the first commando frogman unit was formed in August 1958 as Group 3402. Early training was given by France’s combat swimmers, the Nageurs de Combat, in France. In addition to their traditional role as swimmers and amphibious commandos, the Kampfschwimmers became airborne qualified during this period. Many of those trained by the French became instructors for personnel of the first ten Kampfschwimmer teams formed in July 1959. Initially, the Kampfschwimmers had been part of the German Seebattalions (Marines), but in 1964, an independent company was formed. It wasn’t until 1974 that a special combat diver badge was awarded to members of the Kampfschwimmers. The Kampfschwimmers retained close ties with French combat swimmers while, beginning in 1976, they worked closely with the U.S. SEAL Team II. 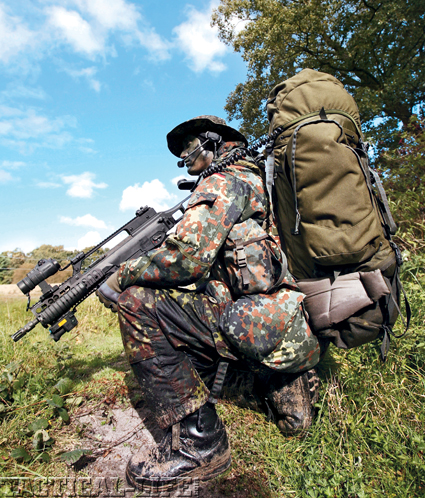 A Kampfschwimmer pauses to evaluate the tactical situation, his HK G36K at the ready.

During the Cold War, Kampfschwimmer operatives would have been sent on operations against East German and Polish ports should it have turned into a “Hot War.” During this period, the Kampfschwimmers were based at Eckernforde on the Baltic coast and were organized into two companies — one commando frogman and one clearance or “mine” frogmen — each company organized into three combat or clearance diver platoons, a support platoon, and a training platoon, with the strength of the commando frogman company under 100 and of the clearance diver company somewhere around 200 to 250. 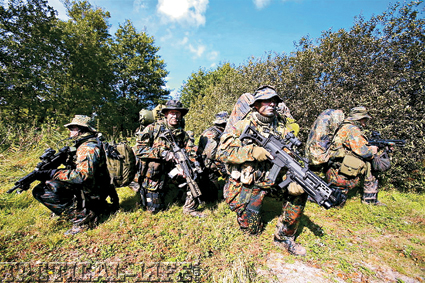 A Kampfschwimmer team assumes a down, 360-degree security position. Weapons are HK G36s with electronic sighting systems. Note the grenade launcher on the rifle used by the operator in center foreground.

Despite the events of World War II, German special ops units have generally had good relations with their Israeli counterparts in the postwar years. This was true with the Kampfschwimmers who trained with Shayetet 13, the Israeli Navy’s special forces unit. One result of this collaboration was that the Kampfschwimmers used the Uzi SMG as a primary weapon during the Cold War era. Many combat swimmer units chose the Uzi because of its ability to be submerged and exposed to salt water and still remain ready for use upon reaching the beach. Other naval special warfare units with which the Kampfschwimmers have trained include the British SBS, Dutch SBS, Danish Fromandskorpset, and Spanish UOE. 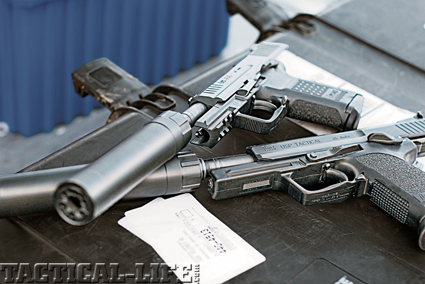