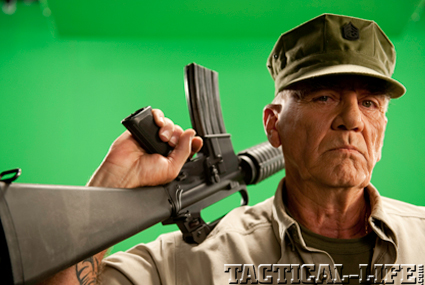 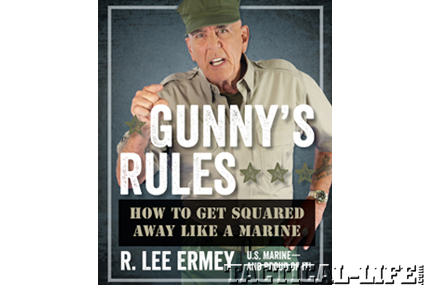 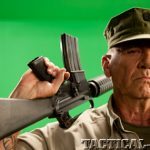 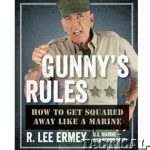 Stanley Kubrick said, “No.”
The famed director told me he would not give me an audition for the role of Drill Instructor Hartman in Full Metal Jacket. He already had his Gunnery Sergeant Hartman. Test-filmed, contract signed, set to go. Stanley Kubrick had hired me to come to England to act as Technical Advisor on the film, and that was it.
We were in his office on the set of Full Metal Jacket at Pinewood Studios outside London. I had joined the film company only a short time before, but I fully expected my bid to audition to be met with success. I had put myself into position for acting roles in my three previous movies—Apocalypse Now, The Boys in Company C and Purple Hearts—and I thought I could do it again. This time the stakes were even higher. The role of Gunnery Sergeant Hartman was to die for.

Back when he had called me at my home in Illinois, Stanley had never mentioned any possibility that I might play Gunnery Sergeant Hartman. The idea was entirely a product of my own ambition.

Our telephone conversation had started with Stanley saying, “Hello, Lee. This is Stanley Kubrick.”

I had thought, “Yeah, right.” It was some guy from the office dicking around with me, I suspected. Stanley Kubrick was one of the hottest directors in the world, with films like 2001: A Space Odyssey, Spartacus and The Shining.

“No, no, it’s really Stanley Kubrick,” he said. “I’m making a new movie. Have you ever heard of a book called The Short-Timers, by Gustav Hasford?”

“Heard of it?” I replied. “I’m reading it right now for the second time.” I told him I thought it was a great book but was filled with inaccurate bullshit. Right away, I had his attention.

“I can do better than that,” I said. “I’ll write you an outline of the book and send it over to you.”

Stanley told me he had been watching a lot of Vietnam movies, and my name kept cropping up. He had talked to Sid Furie about me and gotten my number from him. The “outline” I promised Stanley became a 20-page book report that I express-mailed to him ASAP. About a week and a half later, I got the call: “Lee, we would like you to join the film as Technical Advisor. How much do you want?”

Now in England to work on the movie, I did not allow Stanley’s rejection of me auditioning for the Gunnery Sergeant Hartman role to last very long. The Marine Corps had not taught me to establish a beachhead and then give it up. The Marine Corps had not taught me to roll over and play dead. I immediately came up with Plan Baker.
I had been working closely on the film with Stanley’s Number One Assistant, Leon Vitali, who had been in Stanley’s movie Barry Lyndon. Leon and Stanley were really tight. To me, he seemed more like a son to Stanley than an assistant. Leon and I were getting along so well that I thought I could ask him for a favor.

We were about to start selecting and videotaping candidates to be background extras in the film. Stanley had to approve every last detail of the picture, including still-shots of the prospective extras and our videotapes. I explained to the recruits when I lined them up in platoon formation that I was going to come at them like a true Drill Instructor. “It won’t be personal,” I warned them. “Forget what I will be saying about your mothers and fathers.”

I showed up wearing the D.I. “Smokey” hat I picked up from our wardrobe department, and since I wore Marine Corps dungarees and a duty belt every day, I looked the part. With Leon on the video camera, taping the candidates for Stanley’s benefit, I started working down the row. I had people with their pants down at their knees, people sucking their thumbs, people doing pushups. After a couple of minutes, I noticed Leon had stopped focusing on the recruits and was pointing the camera at me. I thought, “Yes. This is working.” I only stopped when the camera ran out of tape.

I knew that Leon would give the tape to Stanley, and that he would be looking at it late that night. He did that every night, reviewing the day’s work.

The next morning, sure enough, I had a call right away to report to the production office. When I walked in, Stanley was sitting there with the kind of big, old shit-eating grin on his face as only he could muster. “You f#@*ing sly old fox,” he said. “I want you to play Gunnery Sergeant Hartman. How much do you want?”

I told him I only wanted him to be fair. “That’s all I ask.” I left it in his hands.

Stanley paid off the contract of the actor he had slated to play Sergeant Hartman.

Editor’s note: “Failure Is Not An Option,” TW’s first “Giving ’Em Hell” column, is an exclusive excerpt from Gunny’s new book titled Gunny’s Rules, and has been reprinted by permission of the book’s publisher Regnery Publishing. (regnery.com). The official publication date of Gunny’s Rules is Oct. 28, but several e-tailers are taking pre-orders for the book, including amazon.com, barnesandnoble.com, booksamillion.com and walmart.com. 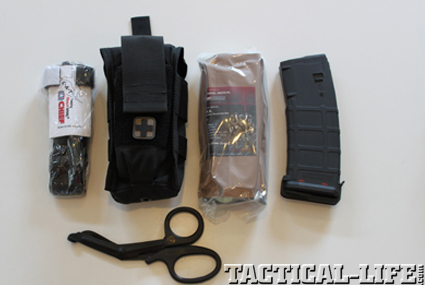 Stanley Kubrick said, “No.” The famed director told me he would not give me…