Some Republicans are dismissing a planned nine-month Pentagon study on gays in the military as biased because it assumes Congress will eventually repeal the 1993 law known as “don’t ask, don’t tell.”

GOP lawmakers are likely to use the argument to try to chip away at the credibility of the assessment, which Defense Secretary Robert Gates envisions as the first comprehensive look at the policy in its 17-year lifetime.

Pentagon General Counsel Jeh Johnson and U.S. Army Forces Europe commander Gen. Carter Ham were expected to testify Wednesday before a House Armed Services subcommittee for the first time since being tapped to lead the study.
“Many of us on this committee have serious concerns with putting our men and women in uniform through such a divisive debate while they are fighting two wars,” said Rep. Buck McKeon of California, the full committee’s top Republican.

Defense Secretary Robert Gates has said it is probably inevitable that the law will change and ordered a sweeping study to determine how it could be done with minimal impact on the force. As a candidate, President Barack Obama vowed to change the policy but needs Congress’ blessing.

Obama also faces a skeptical military. The service chiefs have said they don’t want to see the law changed without assurances that the troops’ ability to fight will not be hurt. Proponents of the ban often argue that a unit’s morale and sense of cohesion could erode if a member were openly gay.

Gates said he thinks attitudes have changed, particularly among the younger generation that comprises the rank and file most frequently thrown into battle. But he has ordered the study to be sure and determine ways to mitigate any backlash among the troops.

In a memorandum concerning the debate released Tuesday, Gates said the review must involve service members and their families at all levels of the armed forces without ensnaring them in a potentially explosive political debate.
“It is critical that this effort be carried out in a professional, thorough and dispassionate manner,” Gates wrote.
Congress has been divided on the issue, with some Democrats joining Republicans in their skepticism of lifting the ban.

Other lawmakers want an immediate repeal of the law. On Wednesday, a group of Democrats on the Senate Armed Services Committee, including Chairman Carl Levin of Michigan and Joe Lieberman, a Connecticut independent, planned to introduce legislation that would repeal the law and specifically prohibit discrimination against service members on the basis of sexual orientation. 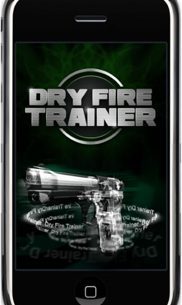