What makes a great war-film? It has to be historically accurate, utilizing the right equipment in a tactically sound manner, by believable actors creating lots of action. Also important is a characterization of troops in conflict that is accurate and compelling. Not every movie is created equal. Some movies were purposefully made lopsided to deliver a pro- or anti-war message. Gregory Peck, an anti-war activist, produced Pork Chop Hill to illustrate the futility and wrongness of the Korean War. Other productions such as The Green Berets, Platoon, M.A.S.H., and Hamburger Hill also pushed agendas. Other epics like The Great Escape, The Longest Day, A Bridge Too Far, Pearl Harbor and Battle of Britain were more about the stars and less about the conditions and psychology of men at war. They might have been well-made and action-packed, but failed to give much warrior insight.

The list of honorable mentions includes several movies that had excellent representations of men and women at war, but did not make the cut for universal appeal. Those included Sahara with Humphrey Bogart, Das Boot, and The Caine Mutiny (stolen by Jose’ Ferrer with his tirade against the officers of the Caine at the trial victory celebration). Other war pictures that are historically significant include Wake Island with Brian Donlevy, They Were Expendable with a very believable Robert Montgomery and The Best Years of Our Lives that showed what happens after the bugles fade, the formations are dismissed and the soldiers have no place to go but home. To follow are some of my overall top picks for war-related movies and my reasons why:

Thirty Seconds Over Tokyo:
The drama of the desperate times and the crucial mission that gave American moral a boost is shown in this outstanding 1944 offering. Recent films that covered the same mission were more concerned about offending our one-time enemies than showing the legitimate fear our fliers had of capture. We were scared for Van Johnson and “The Ruptured Duck” because we knew the Japanese would torture and kill captives. The realism of the attack on Tokyo was emphasized by an accidental fuel-oil fire that actually happened during production in Oakland. The film-makers flew their B-25 and camera plane into the smoke plume to capture the unmistakable look of an uncontrolled oil-tank fire in an urban setting!

Twelve O’clock High
This movie is such an excellent presentation of the stresses and effects of command, it is included in many civilian corporation libraries. In a role first offered to John Wayne, Gregory Peck as General Savage takes over the down-and-almost-out 918th Bomb Group during the strategic bombing of the Third Reich. The movie shows the best, the worst and the cost of pushing people to achieve a goal. When I was younger, the battle scenes kept me entertained, but as I got older I sympathized with the crews. Now I fully understand General Savage and his breakdown. I learn something every time I watch it and I watch it every time it comes on.

Fail-Safe
The original movie in black and white is filled with rich characters and very believable Cold War paranoia. It featured Dom Deluise in is only dramatic character role as a U.S. Air Force sergeant who is ordered to betray closely held secrets to help the Russians shoot down invading bombers. Henry Fonda as the President and Larry Hagman as the interpreter focused the action.

Saving Private Ryan
This intensely powerful and wonderfully accurate Spielberg-ian production is a great epic that some would regard as the best war movie of all time. Although I would not disagree, I think that every movie before it helped Spielberg make this finely crafted story of men at war so the only points it loses are for lack of originality. That being said, I cannot conceive of a better vehicle for the expression of the horror, confusion, emotion-numbing, bloody presentation than what Steven Spielberg put on screen. His attention to detail included Matt Damon (Private Ryan) being trained separately and away from the other actors during the pre-production boot camp to ensure the other actors’ aloofness to his character was real.

Sands of Iwo Jima
The story of Sgt. Stryker and his squad during the invasions of Tarawa and Iwo Jima might be the best war picture of all time. The movie was typical of a studio system production, the series of vignettes that ends with the flag raising of the [second] flag on Mount Suribachi is moving and honest with its portrayal of the Marines in combat. It was so dedicated to the truth that the flag given to the Marines to place on top of Suribachi was the actual flag raised on Iwo in ’45 and was on loan from the USMC museum. The Marines given the flag in “Sands” were the only three surviving members (Rene Gagnon, John Bradley, and Ira Hayes) of the original six that were immortalized in Joe Rosenthal’s photo.

Black Hawk Down
This movie tells a powerful war story, although it does not touch on the failure of the National Command Authority that doomed the men and ultimately, the mission. A full story would have included how the best troops in the world were tasked with a peacekeeping mission that changed to counterinsurgency in Somalia. However, as a war story the interpretation of Mark Bowden’s book was excellent. The soldiers looked and acted like soldiers, even capturing the (mostly) good-natured rivalry between Deltas and Rangers. The bravery and sacrifices of American warriors was effectively shown.

Band of Brothers
The series that depicts the training, deployment and combat of troopers from the 506th Parachute Infantry Regiment is unquestionably the most accurate in detail, action and spirit of any war film ever made. The actions of the key players (Damien Lewis as the wise Winters, Neal McDonough as the compassionate Buck Compton, Ron Livingston as the drinking Nixon and Matt Settle as the incredibly brave but flawed Spears) give an insight into the various types that make up an army at war. Nobody was perfect, but each was there for the other.

Apocalypse Now
This movie proved that Francis Ford Coppola is the luckiest director in the industry. Most of what worked to make it a masterpiece was either improvised or was a serendipitous accident. From Captain Willard’s defining hotel-room breakdown that showed drunken Martin Sheen smashing a mirror and really lacerating his hand, to Kurtz’s speeches, the ad-libbing made the movie real. Hundreds of hours of film shot to create the original cut at the ending aptly stating, “… the horror…the horror.” If there is a lasting character that typified much of the spirit in Vietnam warriors, it was Robert Duvall’s swashbuckling Lt. Col. Kilgore. His contribution to the film and summation of how the essence of napalm “smells like….victory” led Capt. Willard farther down the river to Col. Kurtz and insanity. Both were co-located deep in the mysterious jungles of SE Asia, where decades later, still confuses and haunts us.

Patton
This powerful movie came at a time when patriotism and flag waving was at an all-time low. The abrupt “Tenn-HUT!” followed by George C. Scott’s rendition of General Patton’s fiery speech in front of the stars and stripes, was a shot in the arm that many Americans needed in 1970. It was said that at military bases around the country, more than a few servicemen leapt to attention at the initial command. The movie, more of a period piece than a war movie, made the effort to be historically accurate as Cleopatra or Ben Hur but the dressed up extras really did not “look” like GI’s in combat. It did show that General George Patton was far from perfect or infallible, but knew war and what it took to win. Overall, an excellent movie at a time where making a war movie was more than a huge risk.

John Ford’s Cavalry Trilogy: Fort Apache, Rio Grande, & She Wore a Yellow Ribbon
If there were no pictures such as these, part of American soldiering would be lost forever. The frontier detachments of “dirty shirt blue” horse soldiers are brought to life and realistically show the frustration, misery and hardness of their posting. The movies show how the officers and men kept to their honor, duty and traditions to maintain their focus. 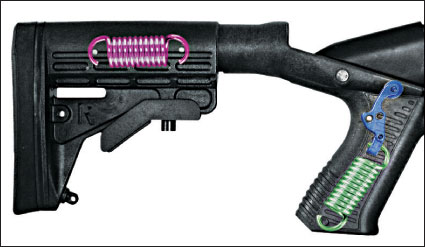 What makes a great war-film? It has to be historically accurate, utilizing the right…