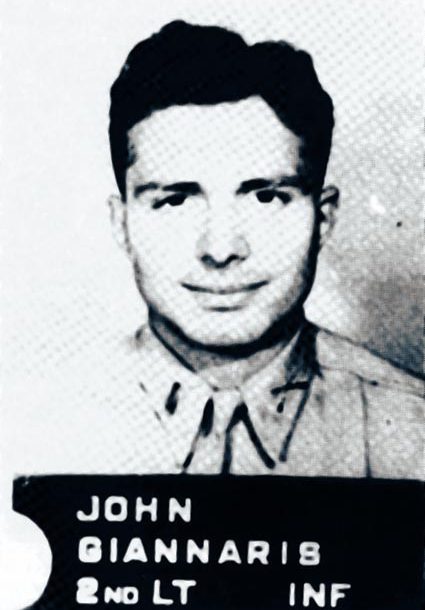 Some may not realize that small teams of skilled, highly motivated Americans were vital to tipping the balance in wars involving millions. Group 2 of the 122nd Infantry Battalion—otherwise known as the Greek Battalion—is one such team. Led by 21-year-old Lt. John Giannaris from Chicago, these 22 American soldiers of Greek descent were all hand-picked by the Office of Strategic Services (OSS), the precursor to the CIA, to venture into Nazi-occupied Greece in 1944 to hammer German forces who were rushing out to key fronts in the days after D-Day.

History
This tale of the Greek Battalion begins at Camp Carson, in the mountains of Colorado, where the best of the best were brought in to train because the terrain was similar to what they’d find in Greece. The few that made it through the training were all lethal, expertly trained in the use of explosives, and were in the best shape of their lives. Many were Americans with Greek blood in their veins, while others were Greek nationals who were eager to return home to fight. This fact ensured that they’d be relentless in their aggression against the Germans. In early 1944, the select men of Group 2 headed off to Italy to wait for a chance to take on a force in Greece that was much larger and better equipped than they were. Ironically, they’d be near Thermopylae, where 300 Spartans stood against a massive army of invading Persians who, like the Germans, were looking to take over the West. That Spartan battle, while still a source of glory for all of Greece, led to the death of all 300 warriors. These Greek/American fighting men had the same courage and weren’t about to go down without a fight. After waiting many months, Giannaris and his men finally landed on the west coast of Greece.

After 11 days of round-the-clock marching, which included crossing Nazi-controlled regions while carrying all of their munitions, the men reached the mountain village of Papas that would serve as their base. It was about 100 miles north of Athens, on the western edge of the valley near the city of Lamia, home to Greece’s north-south railroad line. About 15,000 German troops, including the much-feared SS, were stationed on the eastern edge of this valley to guard these tracks—their only way out of Greece. Giannaris’ men soon settled into the local schoolhouse (now a museum dedicated to Group 2) and its surrounding yard; their view from up high kept them safely aware of their surroundings. That said, there was no air support to call in, no rations, no upcoming drops of weapons or ammo, and only occasional communications with Allied leadership. These 22 men had to live off the land (they each had three gold sovereigns in the heel of their boots), rely on their training and trust in Giannaris’ steely leadership. He was the youngest man in the unit but was forced to lead when the only commissioned officer in the group decided to pull out of this volunteer mission while in Italy. 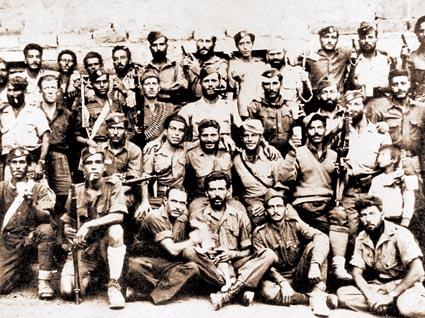 Giannaris (bearded in center of 2nd row) is surrounded by the men of Group 2 and Greek fighters during the summer of 1944. He was the youngest of his squad, but his leadership and sound tactics led to many successful missions with minimal losses. 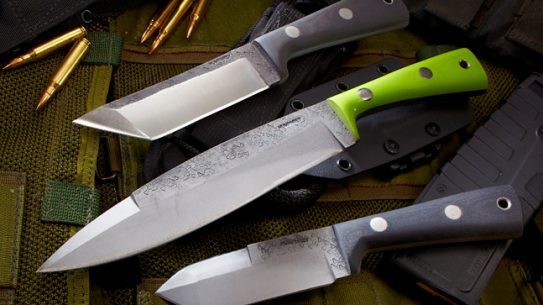 Some may not realize that small teams of skilled, highly motivated Americans were vital…