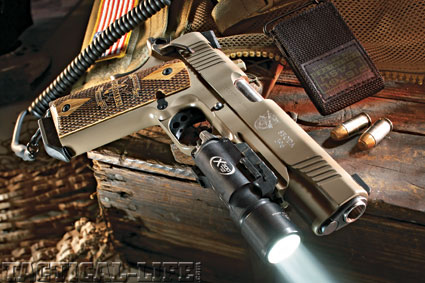 On the morning of April 6, 2008, a team of Special Forces soldiers air assaulted onto a mountainside in Afghanistan’s Nuristan province with the mission of destroying an enemy stronghold. On insertion, they led a few dozen Afghan commandos from the landing zone up the rocky mountainside towards the objective. The early morning tranquility was soon marred by the sound of small-arms fire and RPGs. 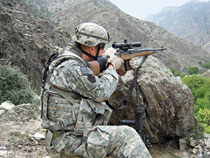 Early in the movement, the team noticed unusual amounts of activity as they maneuvered toward their objective. They also noticed prepared fighting positions secreted in the buildings they were passing. There was little doubt that this was enemy controlled territory and, as soldiers are wont to do, these combatants had prepared positions that would enable them to effectively attack anyone challenging their autonomy. The men of Operational Detachment Alpha (ODA) 396 had come to do just that.

The intense seven-hour battle began when one of the team members spotted an armed insurgent, fired and killed him. The enemy chose that moment to unleash their ambush on the U.S. and Afghan soldiers struggling up the hillside. Through the hail of small-arms fire and RPGs, the team continued to fight towards the objective.

There was only one route to the target through the heavily channelized terrain and the enemy had prepared their ambush along that same route. In short order, an Afghan interpreter was killed and Staff Sergeant Behr was shot in the hip. Captain Walton, the team leader, and SSgt. Morales (who had scored the morning’s first kill) dragged Behr to cover and began treating the wound.

On the morning of April 6, 2008, a team of Special Forces soldiers air…