WASHINGTON– Despite progress being made in closing the detention facility at Guantanamo Bay, Cuba, President Barack Obama acknowledged today that the administration likely will not make the January deadline he set when he took office.

“We had a specific deadline that we missed,” the president told reporters accompanying him on a weeklong trip to Asia.

He added that his administration won’t set a new deadline, but does expect the facility shut down sometime next year.

“We are on a path and a process where I would anticipate Guantanamo will be closed next year,” Obama told Fox News. “I’m not going to set an exact date, because a lot of this is also going to depend on cooperation from Congress.”

Obama signed an executive order in January that suspended military commissions for detainees held at Guantanamo and ordered the detention facility closed within a year. Congress recently approved reforms to the Military Commissions Act, allowing officials to move forward with determining how and where the detainees are tried.

Decisions this week to pursue the prosecution of 10 Guantanamo detainees pave the way toward resolving the disposition of others there and eventually closing the detention facility, a senior Defense Department official said on background Nov. 13.

Defense and Justice department officials announced that five detainees accused of conspiring to commit the Sept. 11, 2001, terrorist attacks will be tried in federal court in New York. Another five, one of whom is accused of orchestrating the 2000 bombing of the USS Cole, will be charged in military commissions.

The official added that it will be difficult to determine the disposition of the other detainees there by the original January 2010 closing deadline. 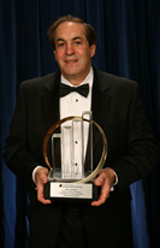 WASHINGTON– Despite progress being made in closing the detention facility at Guantanamo Bay, Cuba,…