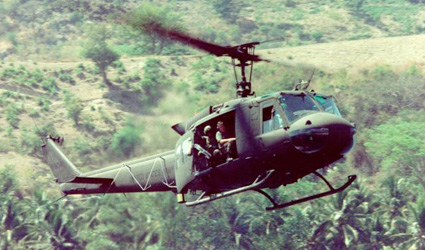 FORT MYER, Va. — The UH-1 Iroquois helicopter was officially retired in a ceremony held here, Oct. 2 by the Army National Guard, ending a service life of more than 50 years to the Army and close to 40 years in the Army Guard.

The helicopter, known to most simply as the Huey, was first manufactured in 1956 and fielded to the Army by 1959. Its distinctive nickname came from the pronunciation of its first Army designation of HU-1- for helicopter, utility – and later models featured the word Huey emblazoned on the pilot’s foot pedals.

More than 15,000 of the aircraft were produced with about half that number having been flown during the Vietnam conflict.

Because of that, for many, the conflict and the aircraft will forever be linked. “The UH-1, more than any other helicopter or any item of equipment, became the symbol of Vietnam,” said Maj. Gen. Raymond Carpenter, the acting director of the Army National Guard.

It was in Vietnam where the aircraft earned the reputation for being rugged, durable, versatile and able to fly even after receiving damage from tremendous enemy fire.

And just as the Jeep became the Soldiers’ best friend in World War II, for many aviators and crews there will always be something special about the Huey.

“I can also attest to you that it was not just a machine, it became part of us,” said Brig. Gen. Alberto Jimenez, the assistant adjutant general for the Maryland Army National Guard and the Army Guard’s senior aviator. “It was our lives. It was our friend. It was the aircraft that took us in and out of Vietnam, and it was also the aircraft that saved many countless lives as we rushed the wounded and the sick out of the battlefield.”

The Army Guard first began receiving the aircraft in the early 1970s and at one time the number of UH-1s in the ARNG hovered around 1,500.

“Those were the modern aircraft that replaced the CH-37 (Mojave) and the UH-34 (Choctaw),” said Jimenez.

The Huey was replaced by the UH-60 Black Hawk beginning in the late 1970s.

Though lacking the lift capabilities and speed of the Black Hawk, as well as the advanced electronic cockpit, many aviators were steadfast in their devotion to the Huey.

“The old adage of the UH-1 pilots was that when the last UH-60 (Black Hawk) was flown to the bone yard, the crew would fly back in a UH-1,” Carpenter said. “It may still happen, but not likely.”

There is a bright spot with the retirement of the Huey from the Guard. “The good news in all of this, in terms of modernizing our Army, is the incredible accomplishments we’ve made in fielding new aircraft and equipment,” Carpenter said. “We have more modern aircraft in our formations in the Army National Guard now than we ever have in our history.”

For all the technological advancements the Black Hawk offers, it does not have the distinctive, low-pitched whoop, whoop, whoop that the Huey’s rotor blades made.

“The whoop, whoop of the (aircraft) will remain in our hearts,” Jimenez said.

And that’s not all.

“For us, (flying) it was just nothing but a piece of cake,” Jimenez said. “(It was) an awesome machine that would just allow us to do anything we wanted to do, without killing us. It was a very forgiving aircraft and most importantly reliable and trusted. Thank you for a job well done.” 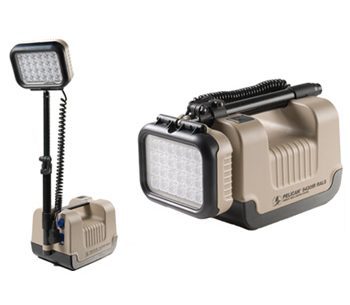 FORT MYER, Va. -- The UH-1 Iroquois helicopter was officially retired in a ceremony…