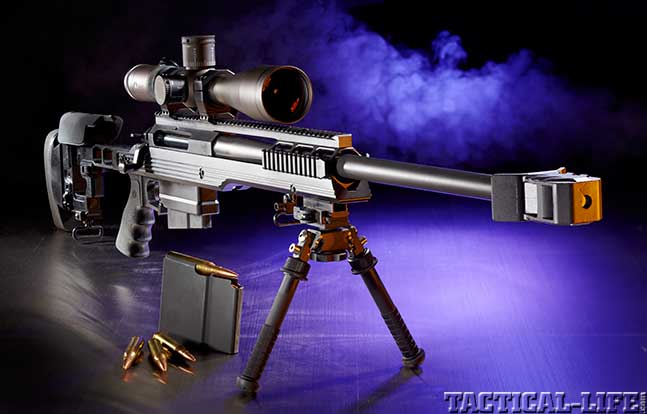 1 of 7
Gun Review: ArmaLite AR-30A1 in .338 Lapua Magnum
The AR-30A1 has several accuracy-enhancing features, including a chassis designed to help shooters get into an optimum firing position for first-round hits. Shown with a Leupold 6.5-20x50mm Mark 4 LR/T scope. 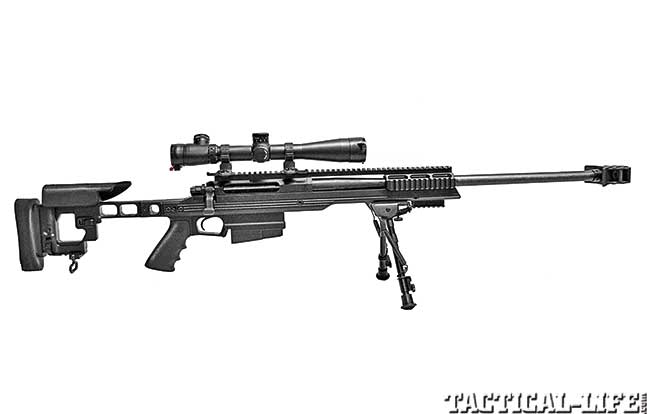 2 of 7
Gun Review: ArmaLite AR-30A1 in .338 Lapua Magnum
The Target chassis has plenty of rails for adding accessories as well as an adjustable buttstock with a recoil-absorbing buttpad. 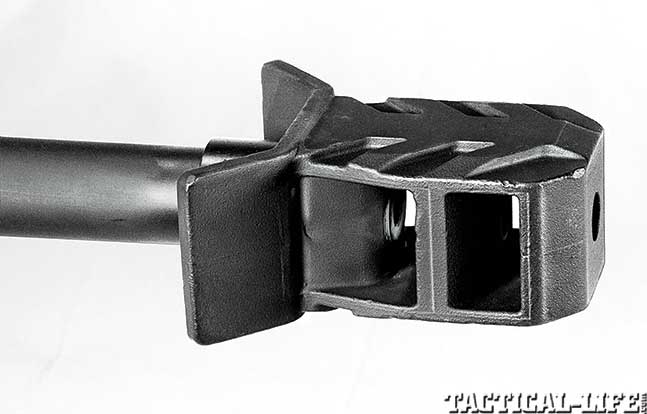 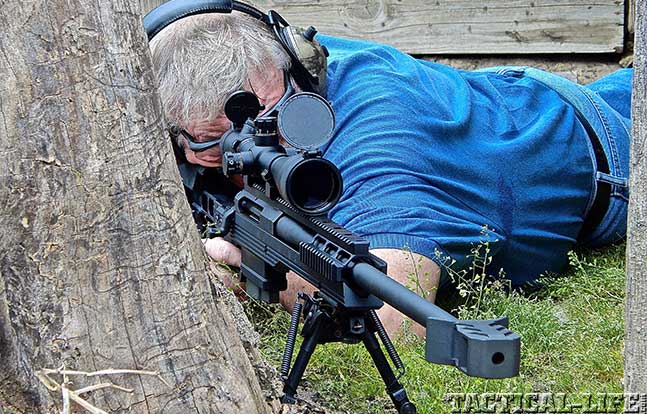 4 of 7
Gun Review: ArmaLite AR-30A1 in .338 Lapua Magnum
The AR-30A1 has several accuracy-enhancing features, including a chassis designed to help shooters get into an optimum firing position for first-round hits. Shown with a Leupold 6.5-20x50mm Mark 4 LR/T scope. 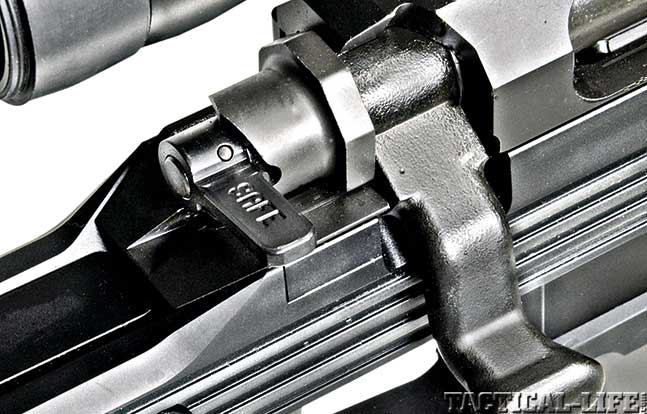 5 of 7
Gun Review: ArmaLite AR-30A1 in .338 Lapua Magnum
The AR-30A1’s safety is a lever similar to that used on the U.S. M1903 Springfield. Also note the well-designed bolt handle, which provides leverage but stays close to the receiver. 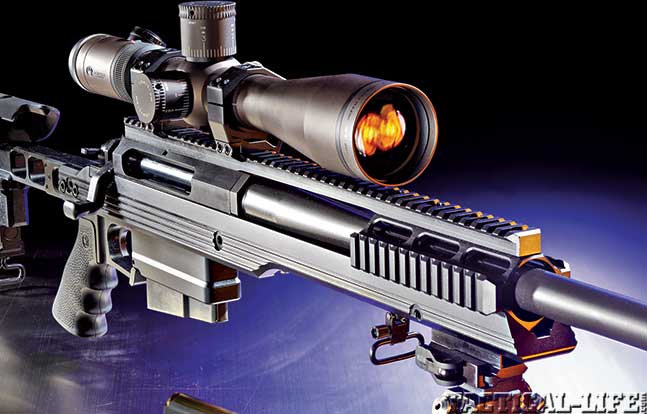 6 of 7
Gun Review: ArmaLite AR-30A1 in .338 Lapua Magnum
The AR-30A1 has several accuracy-enhancing features, including a chassis designed to help shooters get into an optimum firing position for first-round hits. Shown with a Leupold 6.5-20x50mm Mark 4 LR/T scope. 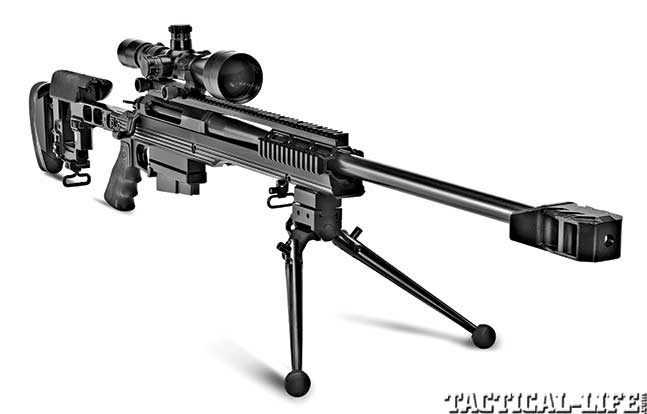 7 of 7
Gun Review: ArmaLite AR-30A1 in .338 Lapua Magnum
The AR-30A1 has several accuracy-enhancing features, including a chassis designed to help shooters get into an optimum firing position for first-round hits. Shown with a Leupold 6.5-20x50mm Mark 4 LR/T scope. 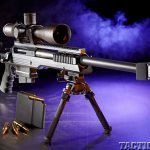 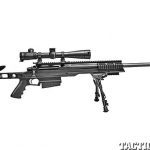 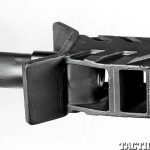 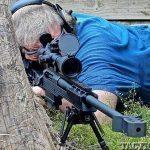 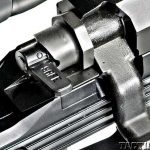 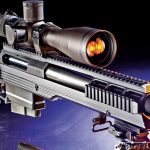 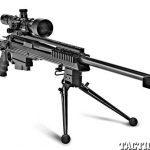 I’ve been using an ArmaLite AR-10 for years and have found it to be one of my favorite AR-type rifles. It offers reliability, accuracy and the 7.62mm NATO/.308 Winchester chambering—all good things. I have shot other ArmaLite rifles, but the AR-10 is the only one I own and the one with which I am most familiar. It’s important to broaden your horizons, however, so when I was assigned to evaluate the AR-30A1 in .338 Lapua Magnum, I was excited. Unfortunately, the rifle came in just when we here in the Midwest were having lots of snow and ice, so I could not get to the 500-meter range for many weeks due to ice and then mud. I have gotten there three times now—but more about that later.

Unlike the other ArmaLite rifles that I have shot, the AR-30A1 is a bolt action. The bolt is long and sturdy with dual opposing locking lugs. The separate bolt head employs a plunger-type ejector. It cocks on opening. The lockup is tight enough that it takes a good slap up with the palm to release it and a slap down after running it forward to chamber a round. Although compared to some rifles, the safety seems almost like a World War II design used on the Springfield ’03 or other rifles, but I actually like it: Flicking it to the right puts it on “safe,” and the left is “fire.” This safety locks the firing pin to the rear when applied.

Probably the first thing most shooters will notice about the AR-30A1’ is its large muzzle brake with dual baffles. I’ve shot most of the current .338 Lapua Magnum sniping rifles and have found that a muzzle brake is a necessity. This brake is screwed on using 3/4×24 threads, the standard for many suppressors.

A utilitarian aluminum chassis that is bedded using a V-block keeps weight down and enhances accuracy, as does the free-floating, 26-inch barrel. ArmaLite offers two versions of the AR-30A1, Standard and Target models, and I received the latter for testing. The Target version features an adjustable cheekrest and buttpad to help tailor the rifle to the shooter, allowing them to get the best cheekweld. The cheekpiece allows 1 inch of vertical adjustment, while the length of pull may be adjusted from 13.6 to 15.6 inches.

The stock’s pistol grip is similar to those used on AR-type rifles. An interesting aspect of the buttstock is that it may be quickly removed with a hex wrench to reduce the overall length of rifle for carrying or storage. Interestingly, ArmaLite states that for firing from constricted cover, the AR-30A1 may be fired without the stock using the pistol grip and bipod, as the muzzle brake dampens recoil sufficiently to allow this. I believe them but would assume that would be for fairly close shots. I do plan to setup some hostage/hostage-taker targets at 100 yards and try shots using the AR-30A1 without the stock. My own preference would be a folding stock, as used on many .338 Lapua Magnum rifles to allow them to be carried more easily but quickly brought into action.

Other features include a single-stage trigger with a smooth, crisp pull and a five-round detachable magazine locked into place with a magazine release paddle that may be operated with either hand. This magazine is made of steel to prevent damage, and it has a single-stack design for reliable feeding. My rifle came with a low Harris bipod, and the magazine could be removed without lifting the rifle off of the ground or rest if it was tilted on the bipod. In regards to the bipod, the AR-30A1 has multiple sling mounting points so that a sling may be mounted with the bipod attached. This is a real boon, as carrying the AR-30A1 very far will require a sling. I did find that operating the magazine release was possible with either the thumb or trigger finger of the shooting hand. For durability, the AR-30A1 has military-grade hardcoat anodizing and phosphating.

Among the features specific to the Target version I tested is the 18-inch-long, 20-MOA Picatinny top rail, which allows for the mounting of night-vision devices along with a scope. Additional rails on the forend allow for the mounting of laser pointers or illuminators.

The AR-30A1 is also available in .300 Winchester Magnum. In this caliber, the barrel is 24 inches long as opposed to 26 inches, but its unloaded weight is 14.5 pounds. That seems too heavy to gain the 200 to 300 extra yards over a 7.62mm NATO rifle. However, the range of the .338 Lapua Magnum justifies the extra weight and length.

Since I do a lot of .338 Lapua Magnum rifle tests and am working on a book on these rifles, I have various scopes designed for long-range shooting. I chose to test the AR-30A1 using Leupold’s 6.5-20x50mm Mark 4 LR/T scope. I had the Leupold Custom Shop make an elevation dial for this scope graduated for 250-grain .338 Lapua loads and find it normally works very well. This scope also has an illuminated mil-dot reticle with which I am very familiar.

So far I’ve fired 80 rounds of Black Hills’ 250-grain JHP and 20 rounds of Black Hills’ 300-grain JHP through the AR-30A1. One of the most noteworthy aspects of this rifle is the light recoil. Normally, when testing a .338 Lapua rifle, I fire the first 20 rounds with no shoulder padding to get an idea of its recoil. Then, since I am normally shooting off of a bench or prone, I fire any remaining rounds in that session wearing a low-profile ScotteVest ballistic vest to cushion recoil. Recoil was so light on my first session that I fired 40 rounds with no padding. I did use the vest on the second session when I fired 20 rounds, but not on the third session when I fired the next 20 rounds. The AR-30A1’s very effective muzzle brake definitely helps dampen recoil. It does, however, increase sound quite a bit.

Overall, I’d rate the AR-30A1 quite well, and I expect to get the scope matched to the rifle more effectively with higher mounts before I shoot it again so I can try to hit 0.5 or 0.66 MOA. Another advantage of the AR-30A1 is that it is more reasonably priced than many other .338 Lapua precision rifles. 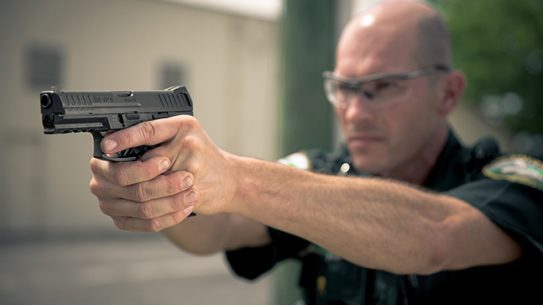 Rounding up some of the best new law enforcement gear from the 2014 International...