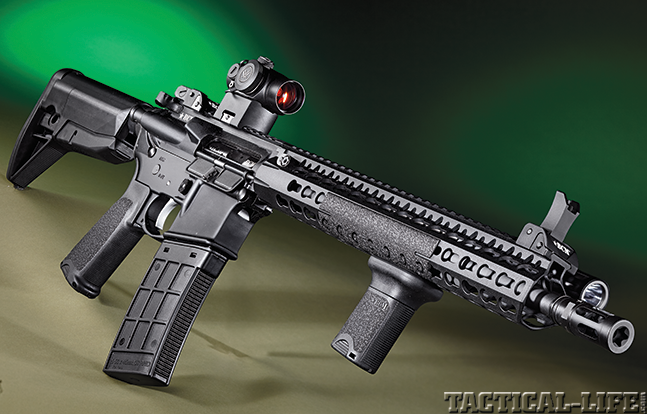 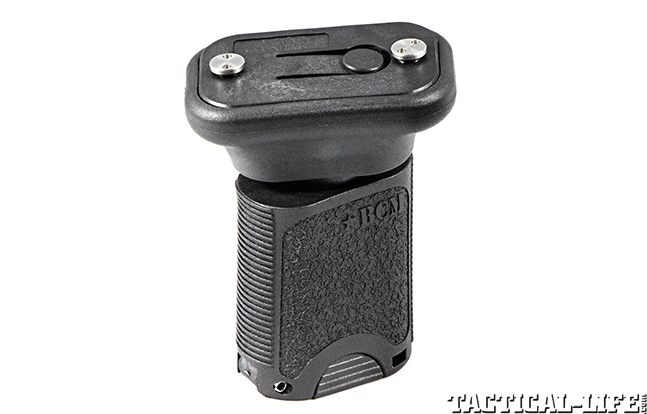 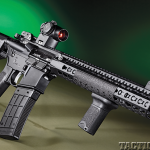 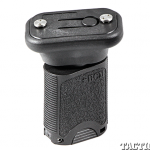 Bravo Company Manufacturing (BCM) was founded in 2005 by Marine-turned-gun-builder Paul Buffoni in Hartland, Wis. Buffoni took the name from his first assigned unit in the U.S. Marine Corps. BCM builds weapon systems that are manufactured so that all specifications meet or exceed all military and law enforcement standards. Buffoni also runs Bravo Company USA, which handles and sells parts, accessories and upper receivers. The company is an authorized distributor for over a dozen other major manufacturers.

BCM has taken a hard stance on gun rights. The company had been selected to replace the patrol carbines in use by the Milwaukee Police Department. However, after learning that Milwaukee Police Chief Edward Flynn had testified in favor of a proposed assault weapons ban, Bravo Company withdrew its bid and publicly stated they will no longer do business with the department, with the exception of warranty work on the BCM carbines the department already owned. 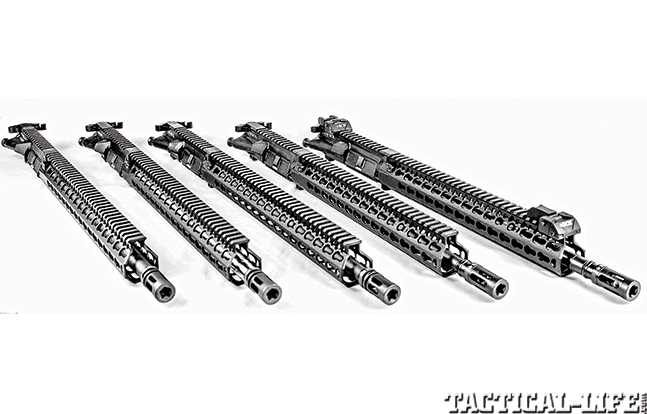 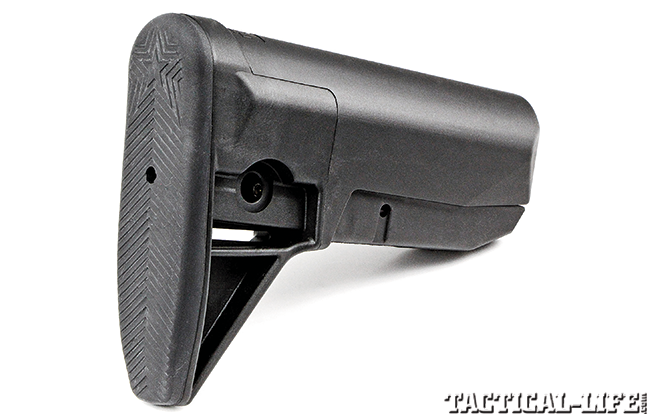 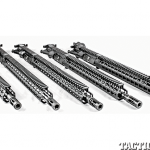 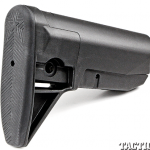 New to the Bravo Company line-up are the BCM Recce carbines. This configuration has an extended handguard over a low-profile gas block and is available in 14.5-inch and 16-inch barrel lengths. Standard versions utilize 11595E barrel steel with a 1-in-7-inch twist rate, the same found on issue M16/M4 rifles and carbines. These have been found to be

stronger and more durable than many commercial barrels due to high concentrations of carbon and vanadium in the alloy. The BCM Recce 16 Precision is machined from 410 stainless steel, button rifled at a 1-in-8-inch twist and hand-lapped. The 410 stainless barrel steel provides a balance of weight and accuracy, and is harder and more corrosion resistant than the more conventional 416 stainless found in other precision barrels.

“New to the Bravo Company line-up are the BCM Recce carbines. This configuration has an extended handguard … is available in 14.5-inch and 16-inch barrel lengths.”

BCM also sells ready-to-shoot uppers with the same features as its complete rifles, including KeyMod and Picatinny rails. The company uses U.S.-made cold-hammer-forged barrels, known for having increased barrel life and accuracy compared to other hammer-forged barrels. In an effort to enhance reliability, a longer and steeper feed ramp extension aids feeding, especially important in carbines known for increased gas port pressure and cycle rates.

All of the BCM flattop uppers feature laser-etched “T” marks to make consistent remounting of sights and accessories easier. Standard uppers match or exceed G.I. specs, with a 1-in-7-inch twist, CMV-grade steel, chromed bore and chamber, standard profile and 5.56mm NATO chamber. Barrels are subjected to the M197 high-pressure test load, rated for 70,000 psi, and then undergo magnetic particle inspection to detect any possible flaws in the barrel’s surface. 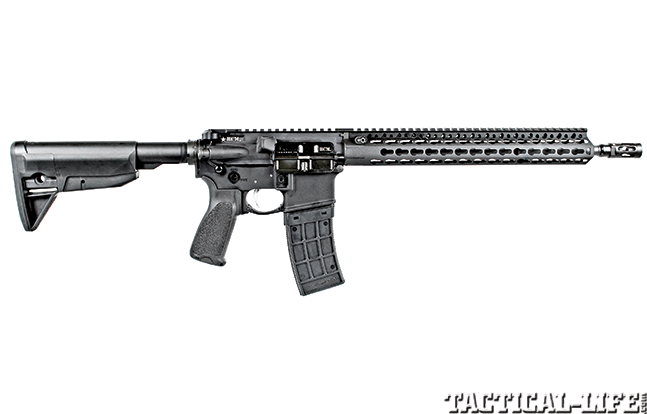 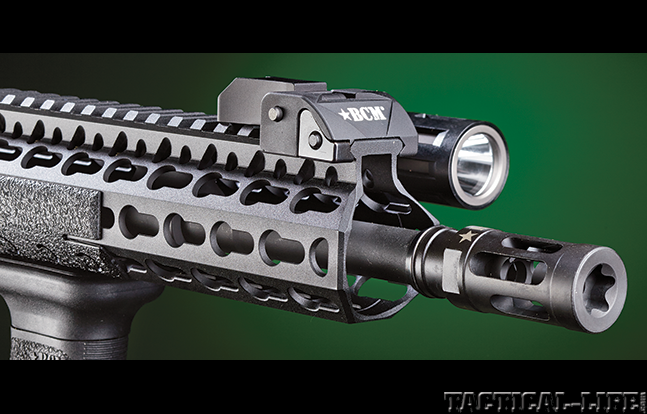 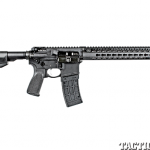 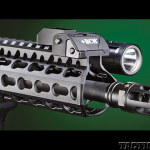 One of BCM’s more interesting components is its use of the KMR (KeyMod Rail) system found on its handguards and compatible accessories. The trademarked KeyMod was designed by Eric Kincel, BCM’s director of research and development, and represents the company’s approach to increasing modularity.

The KeyMod utilizes a series of key-shaped holes with the surfaces chamfered and tapered to ensure no slippage during recoil. The V-block design ensures the part will return to the same position when removed and remounted. Unlike a Picatinny rail, KeyMod components mount flush on the rail, instead of on an extended protrusion. This controlled-depth feature allows for mounted hardware to sit at a much lower profile on or inside the handguard. The surface chamfering ensures the mounted part stays solidly in place by eliminating slop found between rail gaps and crossbolts. Plus, the round shape braces in all axes. BCM offers gauges and inspection procedures when making KeyMod components using standard angle cutters, making this an affordable option for other makers. This isn’t designed to replace the Picatinny rail, rather it adds to it. Also, one of the available KeyMod accessories is attachable sections of Picatinny rail, so a KeyMod handguard can have exactly the right amount of rail in the best place for you while the rest of the surface is svelte and handy.

As for BCM’s rail, it is constructed of a magnesium alloy with the same strength as aluminum but weighing 30-40% less. For example, a BCM 13-inch handguard weighs only 7.7 ounces with the mounting hardware. Rather than annodizing, which isn’t plausible on magnesium, the company uses a proprietary finish which is harder and slicker.

The BCM Gunfighter Vertical Grip is an example of an accessory using this system. The vertical grip attaches directly to the rail without tools. Just insert, twist and lock onto the rail. The mounting end has two KeyMod pins that slip into place and the grip handle rotates around, drawing them tight. This not only braces the grip solid for the forward/rearward force of recoil, but pulls the unit in tight to the rail, as if it were machined into place. Install the grip forward into the chosen KeyMod slots until it seats into place; twist the lower grip section clockwise until the serrated slide latch drops into the locked position. To unlock, force the serrated slide latch upward and rotate the lower grip body until the unit is loose enough to slip off. The quick attach/detach, U.S.-made, high-impact-polymer part includes a hinged trap door with a water-resistant rubber gasket

The BCM Gunfighter Quick Detachable KeyMod Sling Mount is a low-profile mount that fits standardized KeyMod interface mounting holes. Standard push-button swivels are used, providing an eight-position attachment point that is flush with the surface, eliminating snags. When mounting, arrows locate the forward portion. An included Torx wrench tightens the two mounting screws after the assembly slips into place on the KeyMod.

The new BCM Gunfighter Stock is an improvement on the M4 units BCM currently sells. Featuring a streamlined, snag-free design, this new stock still fits standard buffer tubes and doesn’t need the additional external tension adjustment that other units do. A large adjustment latch runs over half the length of the underside, making adjustments easy. BCM patented the internals, with the main locking piece made from a heat-treated steel alloy, as compared to the more typical single pin found in other adjustable stocks. A  special designed spring hooks onto the steel center piece and two side arms surround the large center pin, increasing contact with the locking mechanism and eliminating any movement when set.

The stock has an ambidextrous conventional sling loop and quick-detach swivel mount molded into the unit. Colors include black, foliage green and gray. The stock’s total weight as mounted is 7.5 ounces, making this rigid stock also one of the lightest. 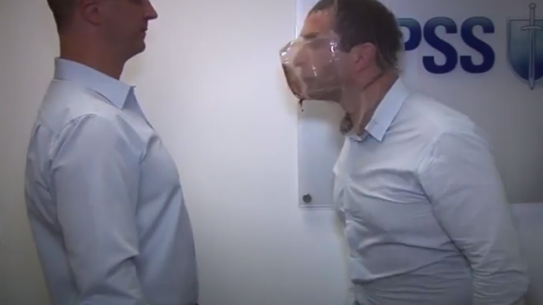 The Anti-Spit Mask from PPSS was designed to protect frontline professionals from Hepatitis C...