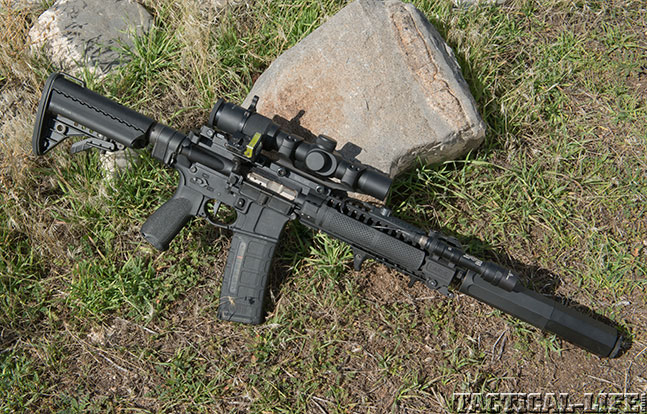 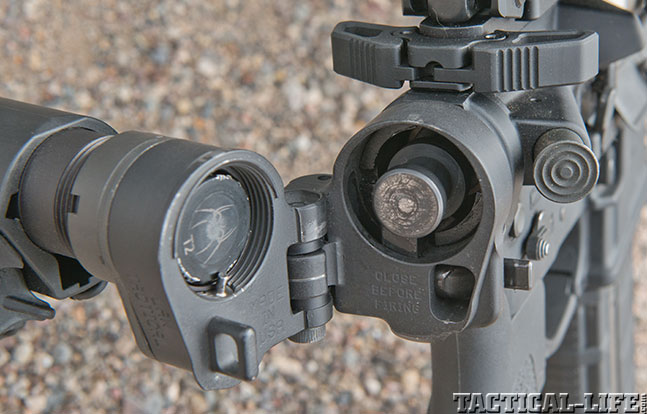 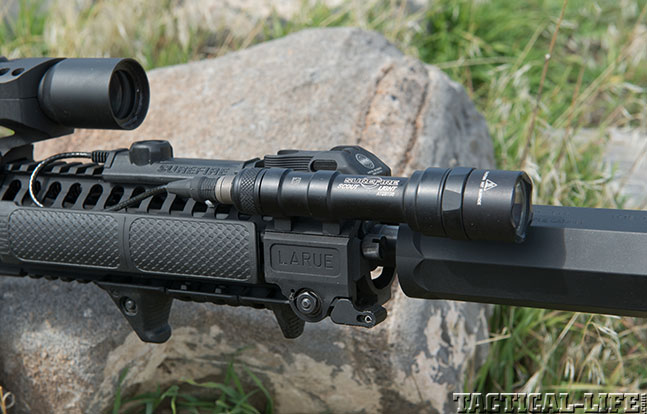 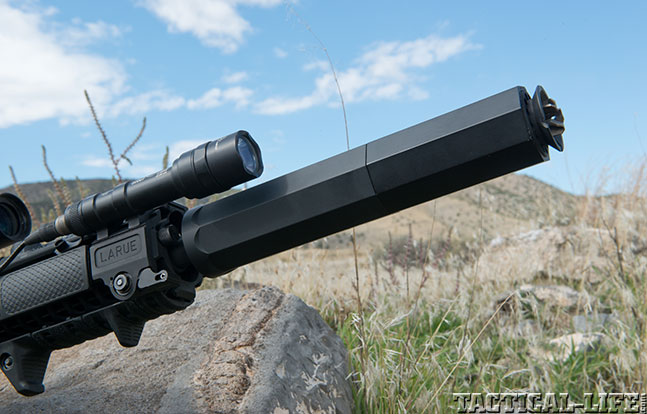 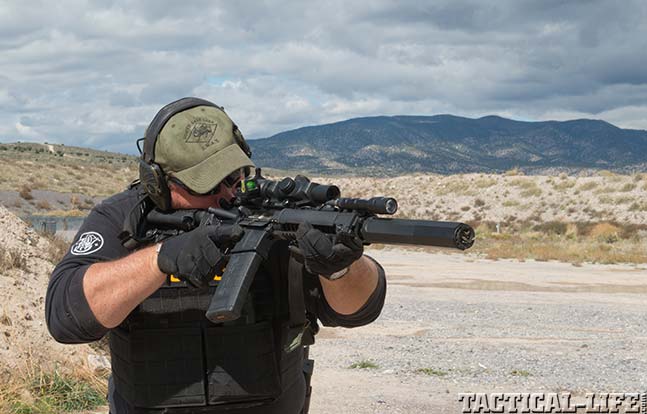 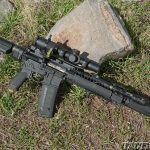 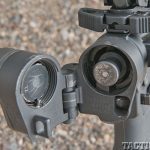 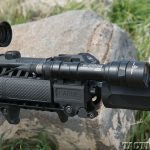 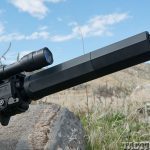 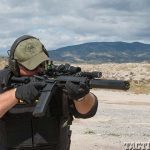 A result of the Enhanced Rifle Cartridge program, the 6.8 SPC was an attempt to deal with the deficiencies of the 5.56mm NATO cartridge. The overall idea was to approximate 7.62x39mm ballistics with improved accuracy, reliable operation in an AR-platform rifle and terminal performance out to 500 meters. The result was the 6.8 Remington Special Purpose Cartridge (SPC). It proved to surpass the 5.56mm in every aspect of bullet performance. Early adoption of the 115-grain OTM provided accuracy, increased energy on target and ballistic efficiency in shorter barrels. The only downside was the need for replacing the standard 5.56mm bolt, barrel and magazine.

Early 6.8 SPC ammunition was pretty limited until the hunting market jumped in. As is often the case, hunters took this cartridge to its limits, encouraging better loads and bullets designed for improved terminal performance. Now 6.8 SPC bullet weights range from 85 to 140 grains. Given the correct magazine, these rifles were reliable—even with very short barrels once piston-driven operating systems entered the fray. While it never caught on in the military, the 6.8 SPC is still viable for law enforcement operations.

LWRC International has always led the way in this caliber, making the company the best choice when Saudi Arabia came looking for an AR. Sharing my skepticism for the 5.56mm NATO, they wanted the 6.8 SPC, but in a reliable weapon. LWRCI decided to break from the norm and start over. The company collaborated with Magpul, which built a PMAG around the cartridge that allowed it to reliably hold and feed 30 rounds. Then LWRCI molded its Six8 receivers around the PMAG. Another partner, ATK (Federal) developed the 90-grain Gold Dot to meet the contract requirements. A bonded bullet, it was designed to be accurate with reliable expansion, making it just about perfect for law enforcement. Subsequent ballistics testing by third parties confirmed the round’s ability to expand with excellent penetration characteristics.

I recently had the chance to build and test a customized short-barreled rifle (SBR) for LE missions with LWRCI’s Six8 platform. While 6.8 SPC barrels can be shorter, 12.7 (or 13) inches has proven to be the optimal length in my experience. The velocity loss is minimal, the terminal effectiveness is unaffected, and you can still use a sound suppressor. Of course, suppressing this caliber with short barrels can be dicey, but it is possible at this length, making this the perfect choice for me.

“This was a blast of a test. I hope to get many years of use out of this rifle.”

I tested LWRCI’s Six8 A2 upper with a 12.7-inch, cold-hammer-forged barrel made from 41V45 steel and treated with NiCorr for corrosion resistance. The company’s enhanced bolt and hardened bolt carrier provide for years of hard use. The upper also features LWRCI’s patented short-stroke piston-driven operating system, which runs reliably and keeps the action cool. Finally, the upper included a railed handguard and flip-up front and rear sights.

The Six8 lower receiver is one of the strongest forgings in the industry. An ambidextrous bolt stop and magazine release are built into the design along with a flared magazine well. To complete the control package, my build included Rainier Arms’ Raptor charging handle, a Troy Industries ambidextrous safety and Geissele’s SSA trigger. More enhancements included Battle Arms Development’s extended pushpins and Bravo Company’s Gunfighter pistol grip. Rounding out the lower is a Law Tactical Gen 3 Folding Stock Adapter and a mil-spec buffer tube using a Spike’s Tactical T2 buffer and a Sprinco Blue enhanced spring. Law Tactical’s latest design is excellent. Made of steel, it is smaller and no longer interferes with the charging handle. In essence, it makes the carbine easier to store and deploy. I tried the carbine with several stocks but ultimately kept the Vltor IMod installed.

Suppressing this caliber in short barrels can be an exercise in frustration—the round just does not work well with the increased carrier speed. For this endeavor I turned to Operators Suppressor Systems (OSS). This modular, three-part system offers a lot of versatility. First you have the Flash Hider Muzzle Brake (FHMB). Then you can screw on the outer shell to complete the Back Pressure Regulator (BPR). On its own, it provides moderate sound and flash moderation similar to other “short” suppressors. The difference is the lack of backpressure, ensuring reliability. More importantly, it sends all the blast forward, keeping you and anyone near you in the fight. Add the Signature Reduction Module (SRM) and you get sound suppression similar to a standard suppressor. I used a titanium, machine-gun-rated OSS system for the testing.

For optics I used a U.S. Optics SR-6 1.5-6x scope with a lighted JNG Mil reticle and 0.10-mil zeroing knobs. This has long been my idea of the perfect carbine scope. It provides adequate power for identification, has a moderate size and is capable of reaching the limits of the 6.8 SPC cartridge. U.S. Optics scopes are rugged and reliable, and the FFP reticle makes holdovers accurate at any power.

While the scope works great at CQB distances, I also prefer to have a dedicated close-range device. I installed the scope in a Warne RAMP mount, which allowed me to add a Trijicon RMR offset to the right. This dual-illumination RMR uses tritium for illumination in low light, while sunlight keeps it bright during daylight. Finally, for low-light situations, I added a SureFire Scout light in a LaRue Tactical mount and a rail-mounted switch. The LaRue mount helps the light sit flat against the rail without interfering with my grip. The switch sits on the top rail for ambidextrous operation.

I thoroughly tested this SBR for operation and reliability before meeting Buck Doyle of Follow Through Consulting at his range in Teasdale, Utah. Nestled in the mountains, it provides the perfect means to test your carbine. Doyle is a retired Force Recon Marine with an eye towards practical application. His facility allows you to shoot in natural terrain, from high angles and out to well beyond 1,000 yards. With the LWRCI Six8 SBR, we stuck to 600 yards or closer, spending most of our time inside 350 yards. We started by zeroing the carbine at 100 yards and then going out to 600 yards.

“It functioned flawlessly as fast as I could pull the trigger.”

I established holdovers using my deployment ammunition, the Federal 90-grain Gold Dot and Silver State Armory’s 90-grain PPT ammo. I used my Applied Ballistics calculator to create a realistic range card after confirming a hold at 6.5 mils. Confirmation at 200 to 400 yards ensured it was accurate. Engaging multiple targets at 350 yard was easy, thanks in part to the U.S. Optics scope. If I just held high on the target at each range and accounted for wind, the SBR was dead on. Buck Doyle had me shoot from prone, on barricades, on natural obstacles and under stress. It was fantastic real-world practice. I highly recommend his range if you are looking for a place to really wring out your scoped carbine.

Back at my home range, I tested the Six8 for accuracy and reliabil-ity along with operation and deployment using the folding stock. Long a limitation of the AR, this addition proved incredibly useful.

The SBR was very accurate with the 90-grain ammunition. My best group came with the Federal Gold Dot at 0.58 inches, while the Silver State 90-grain TNT was almost the same. The carbine was no slouch with the larger bullets, but 90-grain rounds are the ticket for duty use. Independent testing in ballistic gelatin puts this ammo in the sweet spot for FBI protocols, and it is reliable, soft shooting and easy to get. It is also priced fairly, in some cases very close to 5.56mm ammo. As a bonus, you can practice with your actual deployment rounds all the time!

The SBR operated flawlessly with the OSS suppressor. It was perfect for me to use just the BPR alone. On normal strings of fire, there was little or no flash. Really rapid fire produced some flash, but that was expected. The SBR’s functioning was unaffected, and it was quiet enough for a fight. It also adds only about an inch to the weapon’s overall length, keeping things handy. Adding the SRM eliminated flash and reduced the sound levels to ear-safe conditions. It also did not effect the Six8’s operation. It functioned flawlessly as fast as I could pull the trigger.

With all of the accessories mounted, the Six8 SBR is no lightweight, but it is a duty gun—not a training or competition gun. Nor will it be “humped” for long distances outside of a pack. Moving to a red dot would lighten things up a bit, but the balance on this setup was excellent. I used the carbine a ton in most every condition without getting fatigued. The U.S. Optics SR-6 is the perfect scope for me, and the Warne mount worked well.

With the Law Tactical adapter, the rifle fit perfectly in my Eberlestock X3. The Six8 SBR was incredibly handy. Carried with a jacket, four magazines, water, a bipod and some other essentials, the carbine packed comfortably on my treks into the mountains above the range. It was also pretty fast when deploying from my truck. All in all, combining the Law Tactical Gen 3 folder and a covert bag was just about perfect. It will also fit nicely into a trunk. The folder did nothing to adversely effect operation, and the new design makes it simple to take the rifle down for cleaning.

This was a blast of a test. I hope to get many years of use out of this rifle. It uses one of my favorite cartridges and is perfectly suited to any duty use. Were the mean streets of South Salt Lake still my area of operation, this rifle would be right there with me. 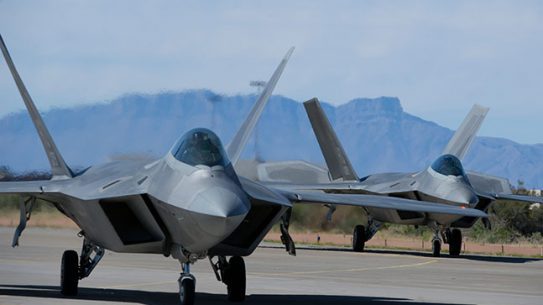 Lockheed Martin will be responsible for conducting preparation work for any F-22 Raptor heading...