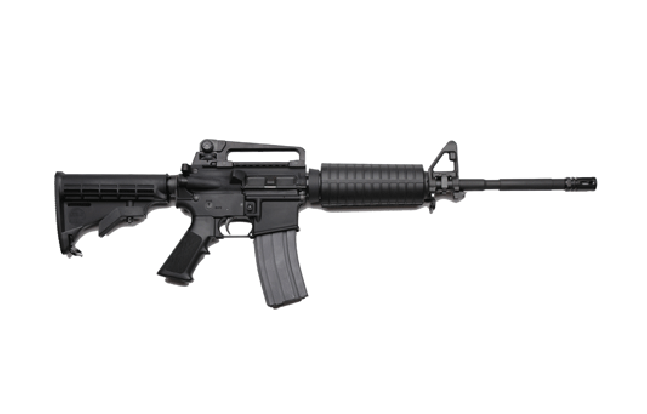 Stag Arms is known for its mil-spec quality. The black rifles that come off the company’s assembly line are built to perform in defensive, hunting and competitive situations. For 3-Gun competition, the Stag Arms 3G is tweaked to offer optimum performance, which is the bottom line in any shooting competition.

Stag Arms offers an AR to fill any need. Having used a number of Stag Arms rifles and carbines—the Model 7 in 6.8 SPC is my go-to AR deer gun—as well as shooting experience with a wide range of models from other manufacturers, I can honestly say the Stag Arms designs are some of the best built AR rifles and carbines. Quality aside, Stag Arms is well known for manufacturing left- and right-handed ARs. Stag Arms produces a left-handed version of all its rifles. These model names end with the letter “L” to indicate a left-handed model.

Stag Arms chambers its rifles in 5.56mm NATO, which means it will also accept .223 cartridges. To me, this is a good way to go as you can use surplus 5.56mm or .223 loads depending on the situation. With the 5.56mm NATO chamber there is no fear of excessive chamber pressure like in ARs chambered in .223 and shooting 5.56mm NATO. The only odd caliber rifles the company produces are the Model 7 and Model 5 in 6.8 SPC. A full upper assembly in 300 Blackout caliber is available and will work on any Stag Arms and mil-spec lower. The 300 Blackout is an upgrade option to certain upper halves. 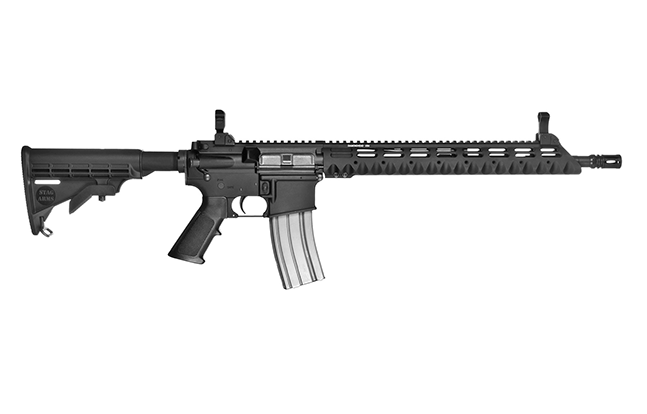 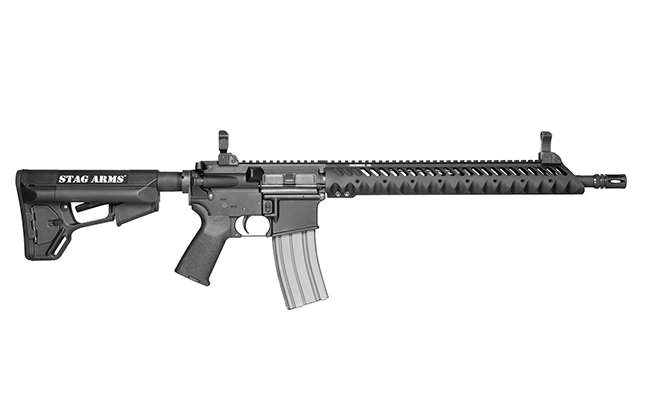 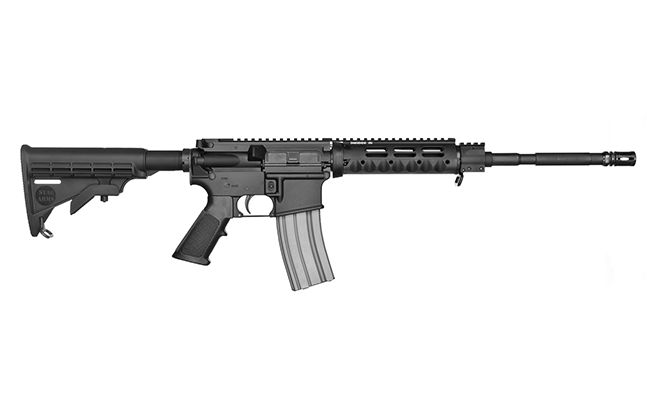 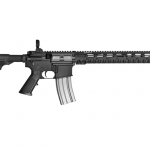 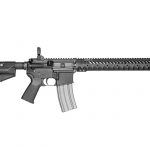 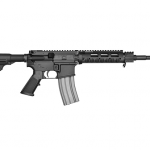 The 3G features an 18-inch, free-floated, fluted, stainless steel barrel with a heavy profile and a ported 3G compensator. The barrel has twist rate of 1-in-8 inches, which can stabilize a wide range of bullet weights. It is optics-ready, and there is so much room from flattop to the end of the Samson 15-inch Evolution handguard that there are plenty of options for mounting optics. Under the handguard is a full-length gas tube setup, not a carbine-length gas tube. What this means is the 3G, with the longer tube setup, will produce less felt recoil so the weapon is easier to control. Trigger time in 3-Gun means shooting a lot and shooting fast, and the 3G has this covered. Other tweaks include a Geissele 3-Gun trigger with a 3.5-pound trigger pull weight. Magpul furniture rounds out the details in the gun with a Magpul ACS six-position stock and a Magpul MOE grip. The devil is in the details and the 3G runs strong in competition. Team Stag Arms 3-Gun shooters Kalani Laker and Jesse Tischauser both use 3G’s in competition.

Stag competition rifles are the 3T and 3T-M models. Both models feature a free-floated 16-inch barrel with a government profile and a carbine-length gas system. A Diamondhead handguard is used along with Diamondhead polymer flip-up sights. The 3T-M models use a Magpul ACS stock, pistol grip and metal sight set. 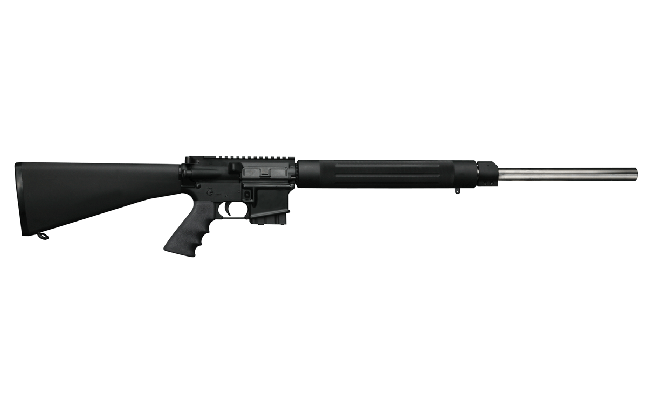 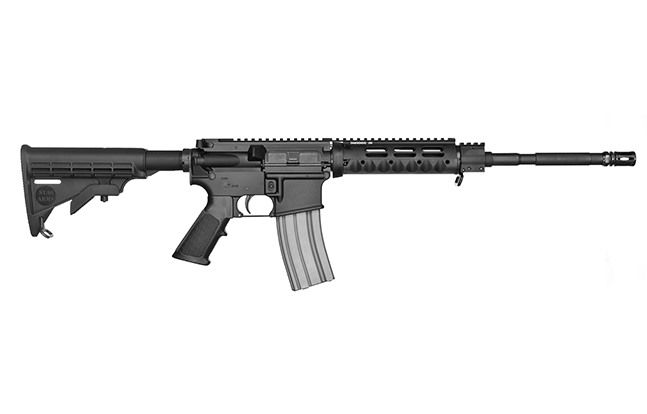 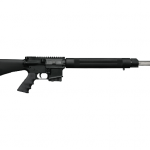 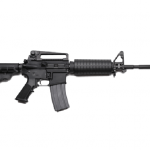 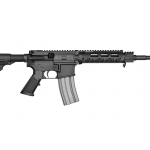 If coyote and prairie dog hunting is part of your routine, the Model 6 (Super Varminter) comes ready for long-range precision work. Designed specifically for hunting, the Model 6 features a free-floating, 24-inch, 410 stainless steel barrel with a heavy bull contour. The muzzle sports an 11-degree target crown. Hogue provides the furniture with an aluminum free-floated tube handguard and overmolded grip. The fixed buttstock is an A2 style. A two-stage match trigger has a 2-pound first stage and a crisp 3.5-pound let-off second stage. For large game hunting a good choice is the Model 7 (Hunter 6.8 SPC). The Model 7 is chambered in 6.8 SPC with a Spec II chamber and a twist rate of 1-in-11 inches. Both the Model 6 and 7 are flattops with a Picatinny rail that allows for the mounting a variety of high-power optics.

Military-style weapons, similar in look and handling to the M16A2 and M4, are the civilian version Model 4 and Model 1, respectively. The Model 4 has a fixed A2-style buttstock and A2-style grip. It uses a heavy profile 20-inch barrel of 4140 steel. This rifle is suitable for Service Rifle competition. The Model 1 is the civilian version of the M4. It is equipped with a 16-inch barrel and a six-position adjustable stock. Both the Model 1 and Model 4 have a removable carry handle, open sights, polymer handguard and mil-spec trigger. I like the Model 1 since it is a well-executed entry-level carbine. Even with inexpensive ammunition, I was able to group a full 30-round magazine in a circle slightly over 3 inches at 25 yards. I think this is a good option for a bump-in-the-night gun.

Stag Arms carbines are ideal for home defense and LE work. The Model 2 features a folding Midwest Industries ERS  flip-up rear sight with mil-spec front and a flattop upper receiver. The handguard is an M4 style. The Model 2T has an A.R.M.S. 40L folding rear sight and a free-floating handguard with Picatinny rails for attaching accessories. The optics-ready Model 3 is ready for mounting a low-power scope, red dot or reflex-style sight. A Picatinny rail runs from the rear of the upper to the gas block. The handguard is a Diamondhead that’s drilled and tapped for mounting accessory rails. The

Model 5 is similar to the Model 3, but is chambered in the larger 6.8 SPC SPEC II for more knockdown power. 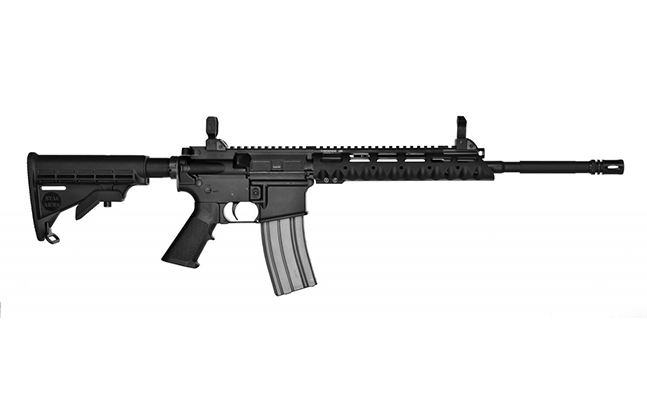 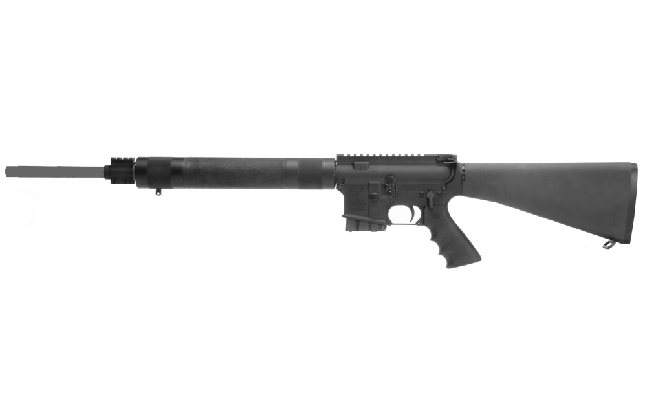 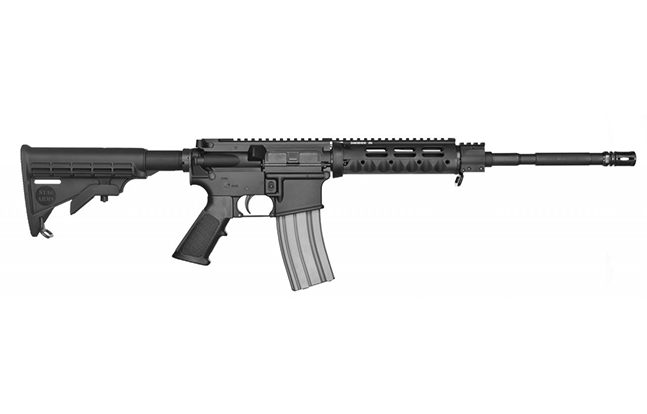 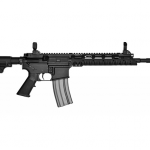 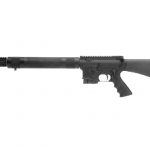 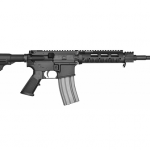 All Stag Arms run the standard gas impingement system except for the Model 8 series of rifles, which are Stag Arms’ piston-system rifles. The Model 8 comes with Diamondhead premium flip-up sights for both front and rear. The 16-inch barrel is sheathed in a two-piece polymer handguard. The Model 8T free floats the 16-inch barrel in a Diamondhead VRS-T handguard. The handguard is smaller in diameter than other handguards and feels good in hand with notches that allow you to grip it better and pull it into your shoulder. Expect great target acquisition with the flip-up Diamondhead sights. At 25 yards off-hand using an EOTech XPS2 holographic sight, I was able to easily shoot 2-inch groups as fast as I could press the trigger.

A bug-out bag option is the Executive Survivors Kit. A Model 2 carbine mounted with an EOTech 517 holographic red-dot optic, two 30-round magazines, ammo, sling, cleaning kit, repair kit, Gerber multi-pliers and an LED flashlight are packed into a Pelican 1700 case.

Stag Arms has also recently started a commemorative rifle program that allows users to send in a graphic, logo or insignia that is then laser engraved on the right side of the magazine well. Stag Arms will also engrave the American or Gadsden (Don’t Tread On Me) flags on the magazine well.

I have trigger time with the Stag Arms Model 1, 3, 7, 8 and 8T under my belt, and every time those rifles have performed without a hitch. My next conquest will be some quality time with one of the Model 3 series. 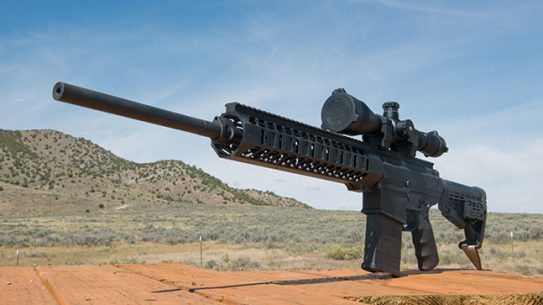 Turn cover into concealment with the newest semi-auto AR-style rifle on the block—the powerful,...