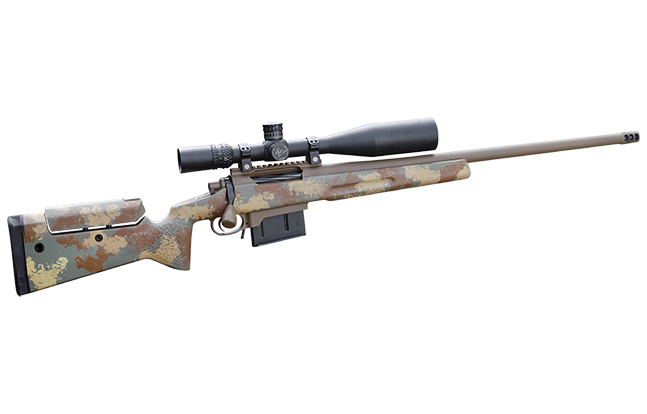 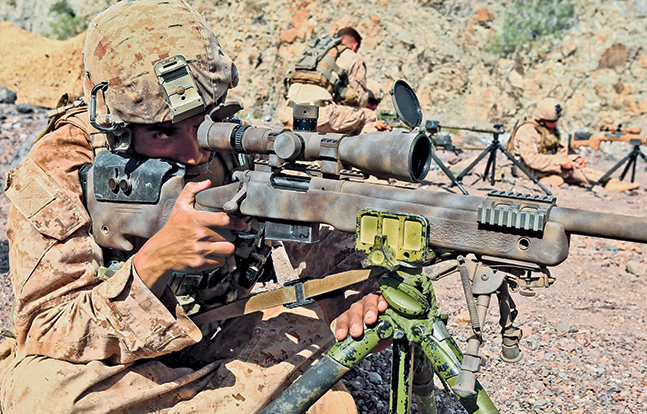 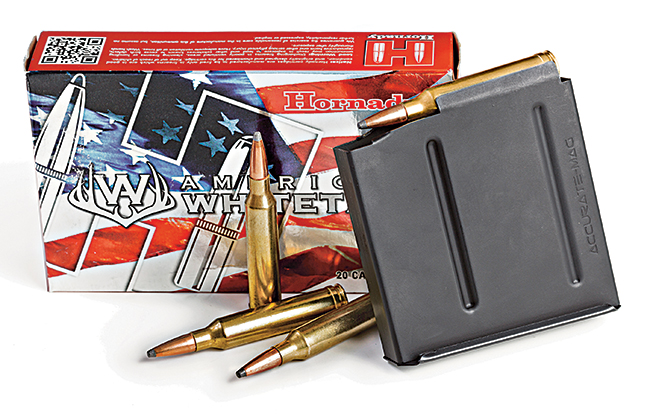 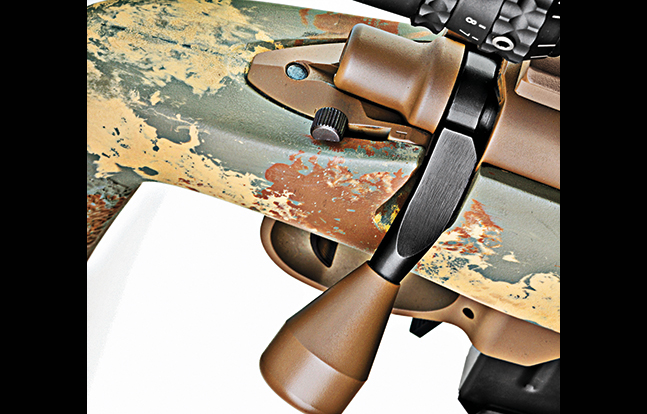 4 of 5
Gun Review: Tactical Rifles’ M40 Magnum T6
The rifle features a two-position safety on the right side of the action, an enlarged tactical bolt knob and an easy-to-reach magazine release. 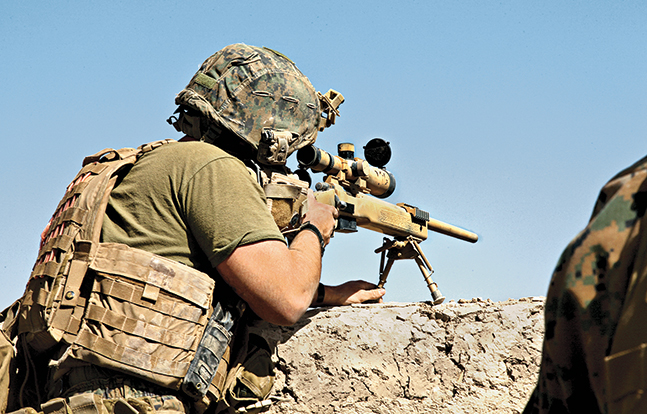 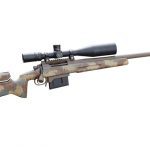 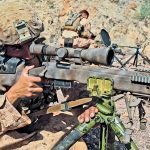 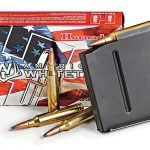 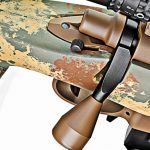 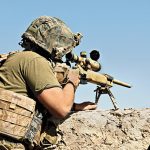 In 1962, Remington launched its venerable Model 700 bolt-action rifle and the 7mm Remington Magnum cartridge. Based upon the .375 Holland & Holland cartridge, the 7mm Remington Magnum launched a family of successful cartridges. At the time this hot 7mm round was released, U.S. Special Forces advisors began working with populations in Southeast Asia sympathetic to thwarting communism. In the years that followed, Vietnam became a hotbed that required the U.S. to pull nearly antiquated American arms out of military arsenals and try several new, never-before-seen small arms.

Not as popular as other rifles, it is reputed that military snipers deployed a small number of 7mm Remington Magnum Model 700 rifles in Vietnam. During the approximate half-century since, a few more have found their way into the armories of some elite Special Forces units, and Secret Service snipers also deploy 7mm bolt guns. Following in that vein, Tactical Rifles joined the sniper rifle-building ranks with a 7mm Remington Magnum with its M40 Magnum T6.

Over the past few years, I have had the opportunity to test several Tactical Rifles weapons. Each gun has proved to be rugged, dependable and accurate. The latest M40 Magnum T6 chambered in 7mm Remington Magnum is no different.

When I received the rifle, it was easy to see that its Chimera action has the same footprint as the Remington 700, but in stainless steel and made to benchrest tolerances. When I pulled the bolt from the case, it was also obvious that it wore a very reliable M16-style extractor. The bolt is fluted to reduce weight, and it wears an enlarged bolt knob. Another distinct difference is the bolt release, which is located on the left rear side of the action instead of being attached to the trigger assembly. The exceptional custom trigger breaks at a clean, crisp 2.5 pounds with no creep or overtravel. The safety is a Remington 700-type unit.

This rifle wears a tactical fiberglass stock that is very similar to McMillan’s M40 stock. The stock offers two forward sling swivel studs to attach a bipod and sling. The stock also has flush-cup sling swivel attachment points fore and aft on the left side. The rifle comes with a single-stack Accurate-Mag box magazine. The bottom metal on this rifle is outstanding. The triggerguard is extra beefy to withstand unusual abuse. Mounted in front of the triggerguard is a paddle-type magazine release lever that allows you to release the magazine without removing your strong hand from the grip.

The M40 Magnum T6 bolt-action rifle has a 26-inch, chrome-moly barrel with a match-grade chamber and a muzzle diameter of approximately 0.85 inches. Tactical Rifles’ own muzzle brake makes this rifle’s recoil almost imperceptible.

After putting some rounds downrange with the M40 Magnum T6, I got in touch with the owner of Tactical Rifles, David Rooney, to get his perspective on building custom precision rifles. “Relying on the underside of a receiver to hold staggered rounds has never been the most reliable means of feeding,” Rooney said. “As the bolt is a circular piece of steel, the sides of the radius will always have the least amount of contact with the head of the round in the staggered magazine well. The lowest point of the radius of the bolt face is the center. It is, therefore, correct to conclude that for optimal feeding reliability, a bolt rifle should have center feeding. This ensures maximum contact with the head of the cartridge. The center-feed magazine that we utilize not only achieves this aim, but also controls feeding for the first inch of travel of the round, ensuring correct presentation into the rifle’s chamber.”

In contrast to a factory-produced rifle, custom rifle-makers commonly “true” an action to lay the groundwork for building a custom gun. “All factory rifles have the same common problem: They have alignment issues,” Rooney said. Predominately the mating between the receiver, recoil lug and barrel can be poor. True, you can get a Monday morning factory rifle that shoots like a dream, but they are few and far between, and normally only perform well with customized handloads.

When I asked the rifle-maker about barrels, his insights were enlightening. “Barrel manufacturers—well here’s a subject full of mystery, sorcery and incantations. Or, rather it’s not,” Rooney said. “The barrel blank manufacturer has little to do with the precision of the rifle. Think about it, a bad crown or chamber yields horrible accuracy, irrespective of how lovely the blank was before a worker cut a nasty chamber. Accuracy is created by the beginning and the end of the barrel, not the few inches between. Now don’t get me wrong, a $40 factory blank doesn’t compare with a $300 benchrest blank, but other than the quality of the hand lapping, all the top-quality barrel blanks offer the same accuracy potential.”

If a blank canvas is an artist’s potential for a great work of art, a rifled barrel blank serves as the genesis for a rifle-building artisan. It is as if the rifle comes to life when its chamber is cut. “Chambers are the heart of the rifle,” Rooney said. “No matter what you do, if your chamber is bad, then your accuracy will be poor. Think of it simply: If the case is not held snugly in the same place every time a round is loaded, how can the accuracy be good? Sloppy factory chambers are designed for a myriad of indiscretions. Any old nasty, foreign, delinked ball ammo will go bang and head in approximately the same direction, but a precision rifle is to be fed quality ammo. A quality rifle plus quality ammo equals excellent results. All our chambers are zero-headspace-minimum SAAMI spec, so the case is supported consistently, and thus bullet-to-rifling engagement is consistent.”

Once the action and barrel are in perfect alignment, another critical aspect comes into play in making a rifle accurate. “Remember what we said about alignment,” Rooney said. “It just reared its ugly head again. Mate the shoulder of the barrel with the face of the receiver with a poorly machined recoil lug and you have a rifle that will shoot around corners, not into the same hole.”

Continuing his accuracy primer, Rooney shared some of his thoughts on triggers: “Lots of people bark up the wrong tree with triggers,” he said. “They ask for 1-pound pulls when all that a super-light pull achieves is potentially dangerous sear engagement. The question should be about creep and overtravel. Remove both and, with a decent pull weight set at 2.5 pounds, you can shoot groups into a single hole, if you’ve got a decent shooter, decent ammo and Mother Nature’s cooperation.”

To the determine the accuracy potential of the M40 Magnum T6, I mounted a Nightforce NXS 5.5-22x56mm scope for testing. Built with a 30mm tube, the adjustment range for this scope is commendable, with 100 MOA in elevation available and 60 MOA for windage. Both adjustments are made in 0.25-MOA clicks. I selected Nightforce’s mil-dot reticle. This is a second-focal-plane optic, which means that the scope must be set at 22X magnification to align the mil dots for mil ranging. The reticle features several circles the size of a normal mil dot, with a very fine dot centered within each.

I tested the rifle over multiple days under varying temperature and wind conditions. Temperatures ranged from 80 to 95 degrees, and wind conditions were under 10 mph. I used a rock-solid bench for all of the shooting, and I recorded the velocity data with an Oehler 35P chronograph.

I was rather limited when it came to ammo to shoot in the Tactical Rifles 7mm Remington Magnum, but I found a few boxes of Hornady’s 139-grain American Whitetail rounds. I took the opportunity to fire several five-shot groups at 100 yards, and then I progressively stretched the distance out to 500 yards, hammering steel reactive targets. Once I got the dope for the various ranges, it was an easy matter to hit where aiming on almost every shot. The Hornady factory loads averaged 3,055 fps, which is almost 100 fps slower than factory specs. The extreme spread for the load was 122 fps, and the standard deviation was 35 fps. The rifle’s accuracy was good, staying under 1 MOA, and the smallest five-shot group measured 0.47 inches.

Now that I had once-fired brass for reloading, I resized and trimmed the cases to 2.49 inches to true them up for consistent neck release. My first load consisted of 60.9 grains of IMR 4831SC lit by Federal 215 primers. This drove 140-grain Berger VLDs at an average of 3,088 fps. This load averaged just over 0.5 MOA for five shots at 100 yards. The best group measured 0.56 inches, with four going into a ragged hole that measured 0.25 inches center to center.

I also found a small number of 140-grain Nosler Ballistic Tip bullets, so I loaded them ahead of 62.2 grains of Reloader 19. These rounds were not as good as the Berger VLDs, but they were quite acceptable. The smallest five-shot group measured 0.64 inches.

Combine Tactical Rifles’ custom M40 Magnum T6 rifle with a powerful, well-known cartridge like the 7mm Remington Magnum and you’ve got a recipe for a long-range rifle that yields top accuracy and plenty of energy on target. 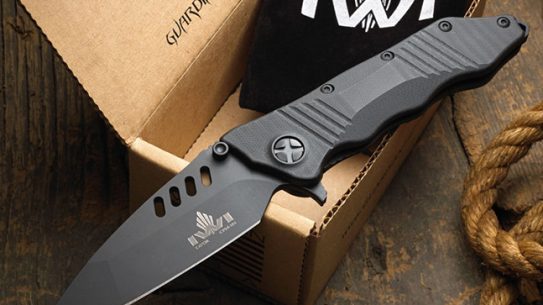 The IWI Tavor Tactical Combat Folding Knife is the result of a collaboration between...