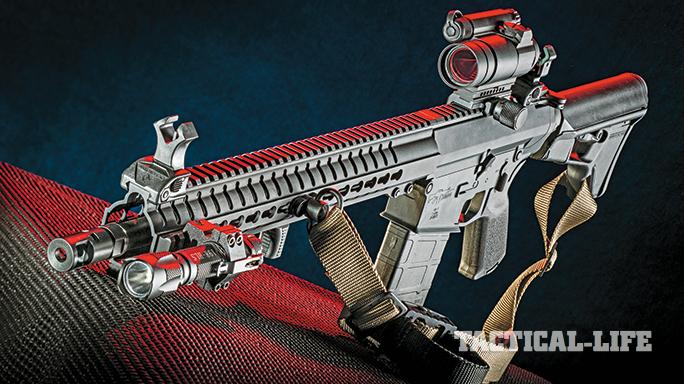 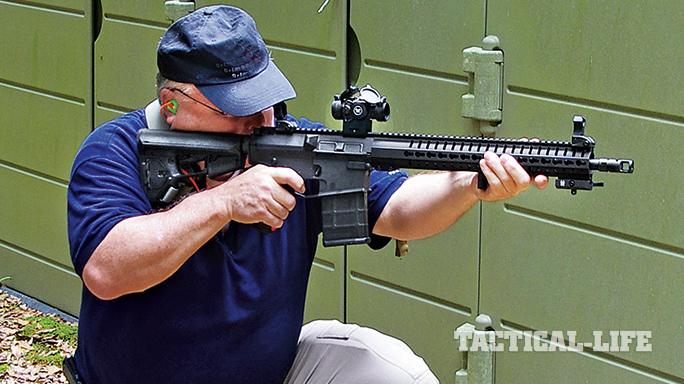 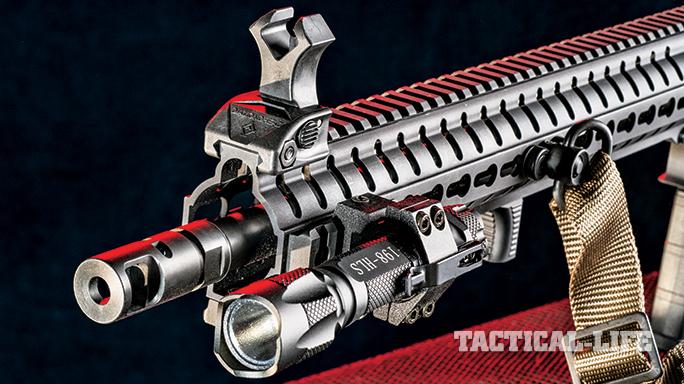 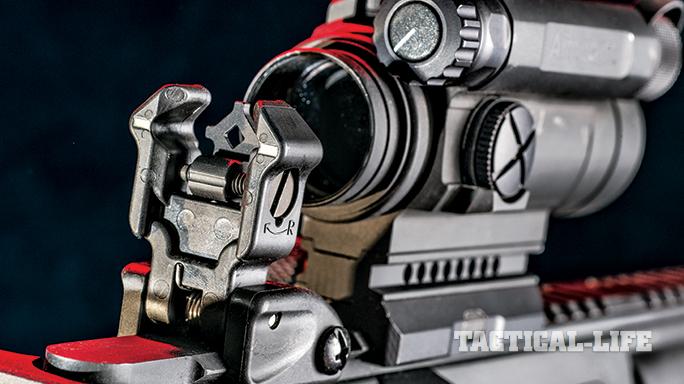 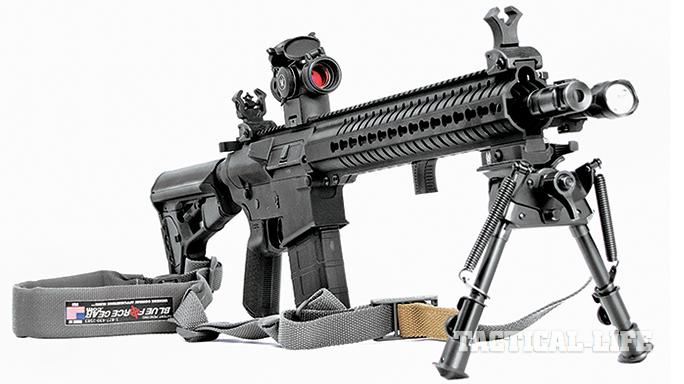 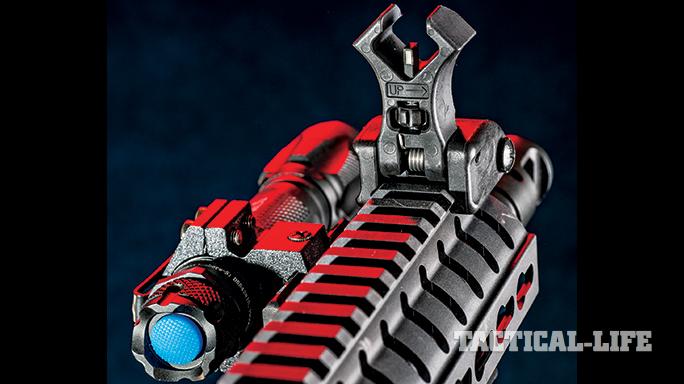 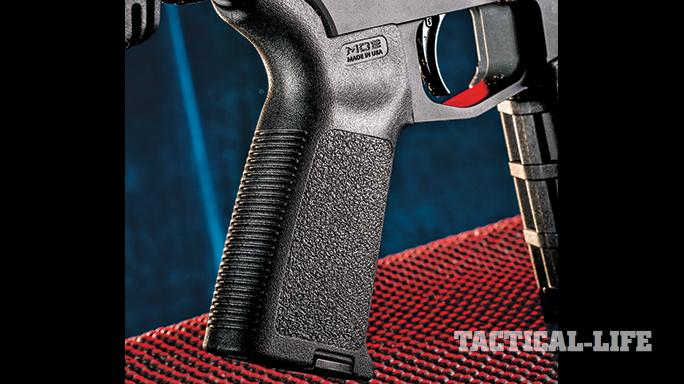 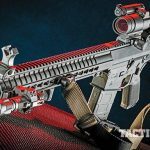 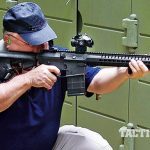 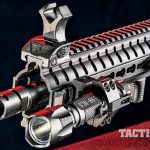 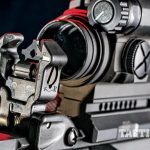 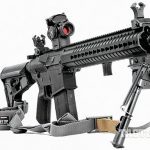 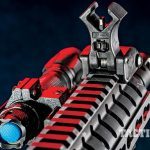 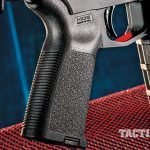 There is no doubt that the day of the AR is solidly here, especially in law enforcement, and there is no turning back.

LEOs are buying them by the truckload, outfitting vehicles with patrol carbines, SWAT units with the latest and greatest, and maybe even a few for the brass. Of course, non-commissioned citizens have been buying ARs at a rate that overshadows LE purchases. The bulk of those ARs are chambered in 5.56mm NATO, but the abundance of ARs has also yielded an increase in the .308/7.62mm NATO-chambered AR family.

This is good news because the 7.62mm NATO is superior to the 5.56mm NATO in every category except ammunition weight and control with fully automatic fire. It’s effective against adversaries, with superior penetration and usability at extended ranges.

How do these traits translate into the world of law enforcement? Given that the ever-present handgun round is not too effective and the 5.56mm NATO does not seem to have garnered a great reputation based upon military feedback, anything improving on it is a plus. I have no data on how many LEO armed confrontations involve suspects using some sort of cover, but I’m sure a lot of these situations do. The 7.62mm NATO does a job on quite a few common and uncommon barricade materials that the 5.56mm NATO would fail against.

The areas where some believe 5.56mm NATO carbines might outshine 7.62mm NATO versions are really moot in the LE arena. Officers arriving with a 7.62mm AR version won’t have humped the rifle, extra ammunition and three days’ worth of supplies in a backpack—they’ll arrive in air-conditioned vehicles. As for recoil control during full-auto shooting, in today’s litigious society and with the stout emphasis on accountability for every round fired, I suspect virtually none of the long guns arriving on a call actually have a “fun switch.”

Established in 2002 to market AR parts and accessories online, CMMG has grown into a well-known, highly regarded name in the manufacturing of a large variety of completed ARs. The company has not forgotten its roots and still offers AR parts and accessories, along with .22 LR conversion kits and even AR pistols. CMMG’s 7.62mm NATO line of ARs, the Mk3 series, now includes the Carbine Battle Rifle, or CBR.

As its name implies, the CBR carries enough power to qualify as a true battle rifle thanks to its 7.62mm chambering. The CBR wears a collapsible stock and carries a short enough barrel (16 inches long), as do two other models in the Mk3 series, to qualify as a carbine. The two final other Mk3 models features 18-inch barrels. The difference between working in close confines with a carbine’s shorter overall length, thanks to an abbreviated barrel and collapsible stock, as compared to longer barrels and fixed stocks cannot be over-emphasized. (Notice the overall length of the military’s M4, the long gun that has cleared uncountable houses.)

“The CBR was not abusive and handled quite well, regardless of my shooting position.”

The Mk3 family is built on milled billet 6061-T6 aluminum upper and lower receivers, providing a tighter fit for improved accuracy. The lower receivers include flared magazine wells and integral triggerguards. The Mk3 barrels have 1-in-10-inch twist rates and M4 feed ramps, with most using 416 stainless steel, except the 12.5-inch barrel of the NFA-regulated Mk3 K, an SBR using nitrided 4140 chrome-moly steel.

Of those four models using stainless steel, only the Mk3 3GR’s barrel is not treated with durable, metal-hardening salt bath nitriding inside and out. The nitride treatment penetrates the barrel’s interior and exterior to a depth of around 0.040 inches, elevating the Rockwell hardness and providing corrosion resistance. Because nothing is added to the bore’s surface, worries about chrome plating affecting accuracy are negated.

The bolts are machined from 9310 steel with 8620 steel in the carriers and extractors of hardened S7 tool steel. The interiors of the bolts are chrome lined, and the gas keys are properly staked. None of the Mk3 series rifles include sights. The muzzles feature 5/8×24 threading for adding suppressors or other muzzle devices.

The RKM15 KeyMod handguard is machined from extruded 6061-T6 aluminum alloy, with a long top rail and KeyMod interfaces at 3, 6 and 9 o’clock rather than Picatinny rails. The KeyMod system resulted from a collaboration between Vltor and Noveske with the goal of creating something easier to accessorize than traditional rail-less systems and trimmer and lighter than quad-rail handguards. All Mk3s have A3 flattop uppers, with nicely engraved indexing marks sans white letters.

With all of these desirable traits as the base with which to work, what else does a rifle described as “one of CMMG’s premier rifles” have to offer? The CBR is designed from the get-go as a tactical rifle with the overall length and power for that mission. Its carbine-length barrel has a tapered, medium-weight profile. The RKM15 handguard mates perfectly with the flattop, extending 15 inches forward and over the low-profile gas block. Though a lightweight handguard, it still adds some weight toward the front, as does the barrel profile, which is always a plus with 7.62mm-chambered rifles.

All of the alloy parts of the CBR have a hardcoat anodized finish that blends well with the nitrided barrel and muzzle brake. The highly effective SV muzzle brake is a CMMG design that permits faster follow-up shots and less muzzle climb.

Another great enhancement on the CBR is the Geissele 2-Stage trigger. Every day, these non-adjustable Geissele triggers are trusted by good guys in bad places to work every time and provide the kind of pull weight and feel mil-spec triggers could never reach. Each CBR has a crisp, predictable trigger on board.

Finally, every CBR is furnished with Magpul’s MOE pistol grip, PMAG and ACS-L buttstock. The ACS-L is a noticeable enhancement, with an improved cheekweld and an enhanced friction-locking mechanism. The son of Magpul’s ACS, the ACS-L eliminates the ACS’ battery compartment, shaving about 0.1 pounds. The weight difference increases as batteries are loaded into the ACS stock.

The CMMG RKM15 KeyMod handguard on the CBR is a pleasure to work with. It handles nicely and makes it easy to attach accessories. My first exposure to the KeyMod system, the CMMG rail has sold me on the design.

Before testing I settled on Diamondhead polymer backup sights, Vortex’s new SPARC II 2-MOA reflex sight and a U. S. Optics SR-8C 1-8x28mm scope for use at the appropriate distances. To a CMMG KeyMod rail, I added GG&G’s QD bipod adapter, which incorporates a sling swivel to allow for the attachment of Tac Shield’s pivoting bipod with 6- to 9-inch legs. This way the quality bipod can be removed until needed and instantly reattached.

Admittedly, 7.62mm rifles are thumpers, but so are 12 gauge shotguns, and I enjoy shooting both! If an LEO can handle 12 gauges, the 7.62mm will be no problem. The CBR was not abusive and handled quite well, regardless of my shooting position. Tracking targets up close or tagging partial targets, the CBR performed excellently, thanks in part to the optics I chose for the testing. The U.S. Optics scope was crisp and clear, enhancing the long-range shots. Close in, the Sparc II 2 MOA Red Dot was all I have come to expect of Vortex!

Accuracy wise, the CBR produced a 0.68-inch average of the three best groups, and there wasn’t a bad group in the bunch. Tac Shield’s bipod did everything expected  of it and contributed to the groups on and off the bench. Shooting groups from prone popped my shoulder a tad more, but not enough to be uncomfortable.

I believe a 7.62mm NATO-chambered rifle should be on the scene any time the suspect goes behind a barricade—which includes being inside of an automobile. It may require a few rounds, but the 7.62mm NATO can defeat many barricade material, saving innocent lives.

With a design similar to most patrol carbines, officers should have no trouble making the transition. CMMG’s CBR is an excellent choice for LEOs—it’s compact, rugged, dependable, fast handling, Magpul enhanced and accurate thanks to its great trigger. CMMG’s certainly CBR lives up to its name! 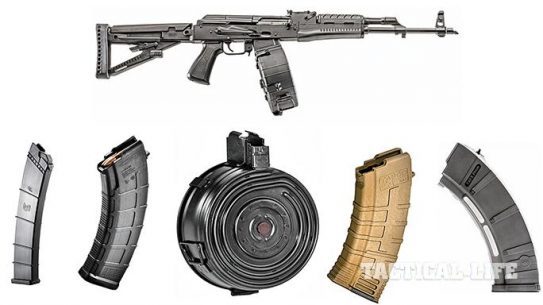 Featuring lighter weights and even more firepower, modern AK magazines and drums are something...