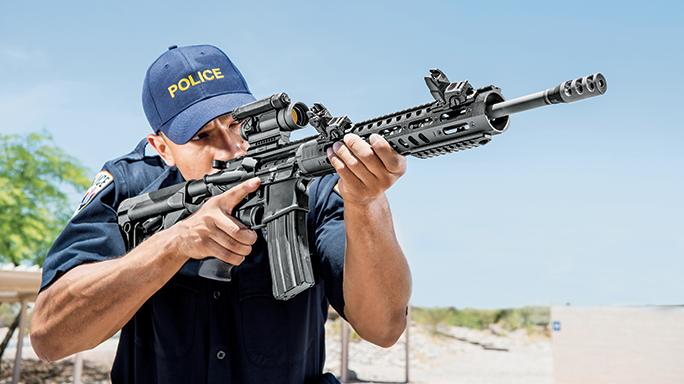 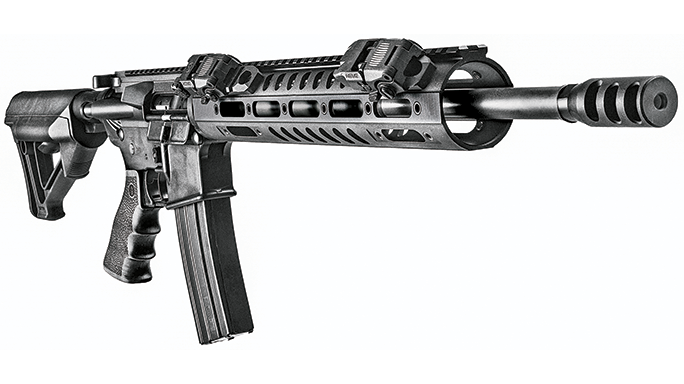 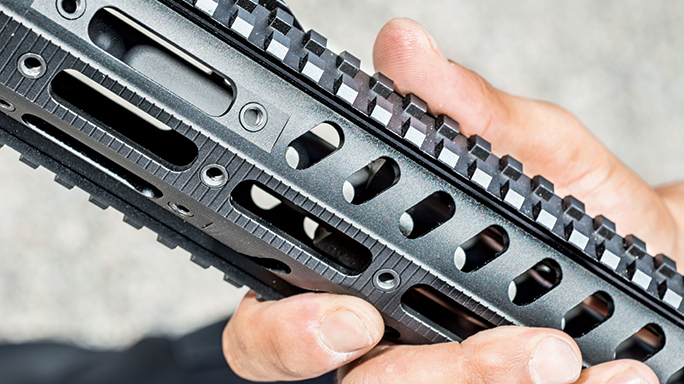 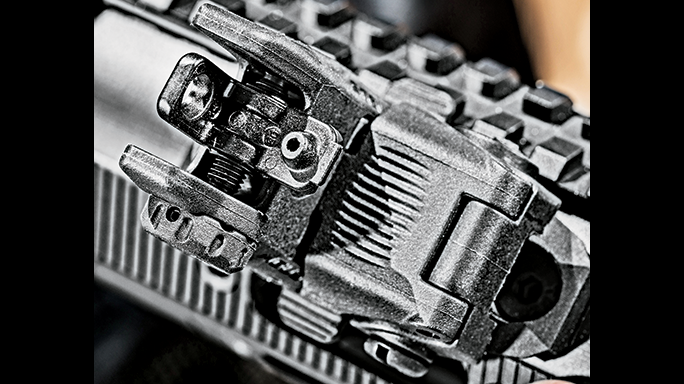 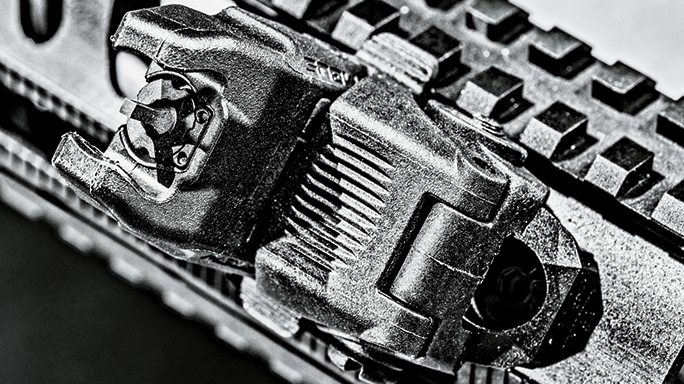 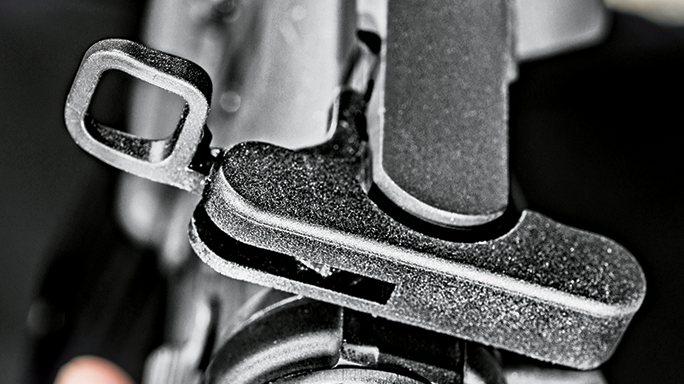 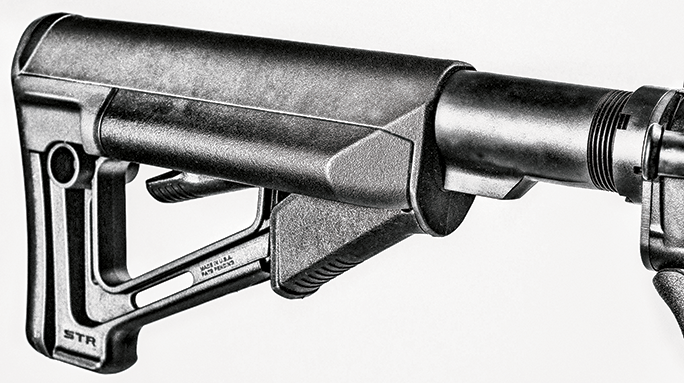 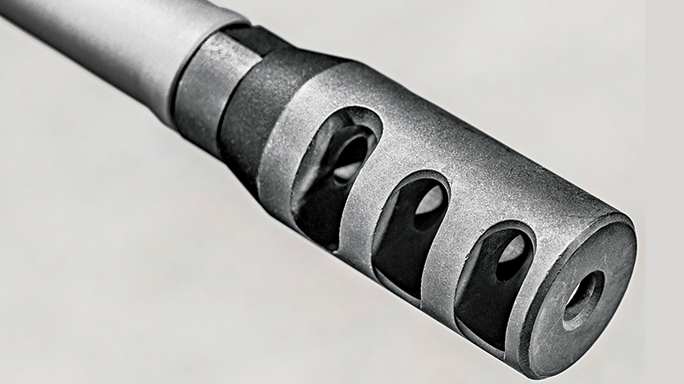 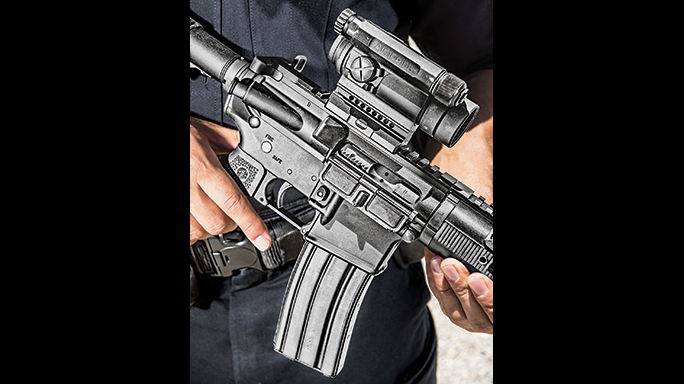 9 of 9
Photo by Alex Landeen
Gun Test: DPMS’ Fast-Handling 3G2 Rifle in 5.56mm
The 3G2 carbine’s upper and lower receivers are machined from 7075-T6 aluminum for the best balance of strength and light weight. 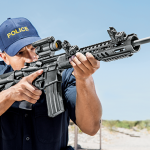 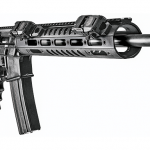 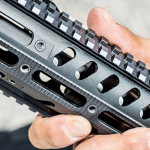 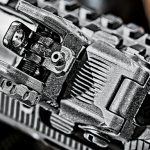 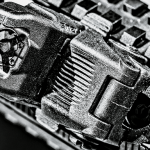 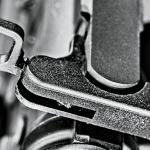 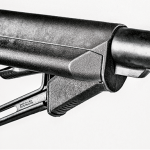 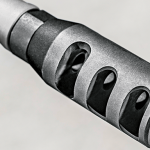 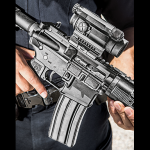 Today, as in the past, firearms competitions can be the testing and training grounds for weapons and many tactics. Jeff Cooper’s Leather Slap, simply a competition, started the flood of today’s modern handgun usage.

The lessons Cooper learned from competition and passed along over the years, even though frequently “improved” along the way, have led to today’s established practices and much of the equipment. Many contend that future improvements will originate in competition and be proven on the battlefields and in the streets of this country, hopefully providing professionals with the best tools possible.

Watch the shooters in USPSA (where the use of electronic sights on handguns was born and refined), IDPA (where concealed-carry techniques are still being honed) and today’s big winner in growth, 3-Gun (where improvements such as offset sights were birthed), to see how competition benefits LEOs. These sports feature fast and accurate shooting, just like armed confrontations. Where mistakes cost points in competition, they can cost lives on the street. Should law enforcement have equipment any less capable than what is used by competitors? When they enter a building or face a barricaded suspect, why should LEOs do it with equipment having decades-old features?

The use of offset sights derived from 3-Gunners will probably be just the tip of the iceberg before this competition’s influence wanes. The equipment—rifles, shotguns, handguns and optics—are constantly being refined by hard use and competitor demands. LEOs can benefit from the recent crop of 5.56mm-chambered 3-Gun rifles, designed specifically for the sport, that are light, handy and versatile. One of these rifles is the new DPMS 3G2, the latest iteration of the company’s “off the shelf” 3-Gun-specific carbines.

DPMS Panther Arms began life in 1986 by producing mil-spec parts for Uncle Sam. One thing led to another, and DPMS eventually began producing complete rifles, and from there the company went into the civilian market.

The 3G2 is not DPMS’ first rodeo, nor is it the company’s first off-the-shelf 3-Gun rifle. The company was an early supporter of 3-Gun competitions and offered one of the first purpose-built ARs for 3-Gun, the 3G1. Now, with input from 3-Gunners, DPMS has enhanced its popular 3G1 carbine by trimming its weight (over 6 ounces) and barrel length (down to 16 inches) while adding and changing features.

The forged, hardcoat anodized 7075-T6 lower and A3 flattop upper receivers provide the base for the 3G2. These receivers have the expected standard features: a non-flared magazine well, a single-sided safety selector, a magazine release protected by a fence, a dust cover and a nitrided, mil-spec bolt and carrier.

The charging handle, however, appears to wear a Badger Ordnance Gen 1 Tactical Latch for easier manipulation under stress or in low light. To this setup DPMS mates a 16-inch, matte-finished, 416 stainless steel, lightweight barrel with a 1-in-9-inch twist rate. A black Jerry Miculek Compensator—well known for effectively reducing muzzle climb, which allows for quick follow-up shots and faster acquisition of succeeding targets—caps the barrel.

“The DPMS 3G2 is proof that competition frequently gives birth to equipment that will win — on the range and on the street!”

Surrounding the barrel, carbine-length gas system and low-profile gas block is a 12.25-inch-long, free-floating DPMS M111 modular handguard. The hardcoat anodized, aluminum alloy M111 handguard is trim (about 2 inches in diameter), octagonal and lightweight, with plenty of openings to improve cooling. (In fact, all 3G2 aluminum alloy parts are hardcoat anodized, with carbon-steel parts receiving a nitride finish.) The trimness of the DPMS M111 should make it perfect for officers with large or small hands. The M111’s only integral rail, the top rail, mates well with the flattop upper’s, and its design allows users to add rail segments of various lengths where needed for mounting accessories, such as light and lasers.

DPMS ships the rifle with two rail segments already installed. Two 2.5-inch-long rails are mounted at about 2 o’clock, offset 45 degrees, at the front and rear of the handguard. An optional 4.5-inch-long rail can be mounted in the 6 o’clock position at the front of the handguard. Magpul’s low-profile, lightweight, flip-up, polymer MBUS Gen 2 sights are mounted on the short 2 o’clock rails. Relocate the rails and the sights can be installed on the left side. The brainchild of 3-Gun competition, sights mounted at 45 degrees provide the user a quick, easy and effective alternative for close-up shooting should the primary optic be damaged or have too much magnification to acquire the target well. Simply cant the carbine, pick up the sights and shoot.

The 3G2 wears one of Magpul’s adjustable compact stocks, the STR (Storage Type/Restricted), with a cheekweld improved over its progenitor, the CTR, and two watertight storage units. The STR includes several other desirable features. The latch release’s location is designed to prevent accidental activation, and the supplemental friction lock that minimizes stock “wobble” is deactivated automatically by the latch release. Lack of wobble can mean the difference between precise shot placement and missing the visible portion of a hostage-taker’s head. A replaceable rubber buttpad, a traditional sling mount and ambidextrous, quick-detach (QD) swivel mounts round the STR out.

Inside the 3G2’s standard triggerguard, DPMS has added one of its two-stage triggers, which, on my test rifle, broke at 5 pounds repeatedly with a small amount of grit. Behind the triggerguard is a comfortable and effective Hogue rubber pistol grip. Heavier than an A2 grip, it is much more ergonomic.

Equipping a carbine for range excursions is a bit more complicated than shoving a pistol in a holster and heading out. Because I like to eliminate as many variables as possible, the new Battlezone 6-18x44mm riflescope from Redfield seemed like an excellent choice for wringing the 3G2 out at 100 yards and beyond. It was designed to work with the AR platform and has all the features you could ask for, including a TAC-MOA reticle with stadia lines on horizontal and vertical crosshairs at 1-MOA increments for quick windage or elevation holdovers. The Redfield Battlezone scope also has bullet-drop compensation calibrated for the 5.56mm NATO cartridge. I mounted the Redfield in Leupold’s (Redfield’s parent company) Mark 4 Integrated Mounting System (IMS) for stability. The scope was so clear and sharp that the individual bullet holes from the five-round, 100-yard groups were easily visible.

The 3G2’s accuracy was excellent, with the “average of the averages” an impressive 0.82 inches and the best shots all hovering around 0.7 inches. This even includes 60- and 65-grain test loads, which are not normally expected to be the best choices for 1-in-9-inch-twist barrels. The 3G2’s trigger, while not necessarily a target version, was certainly combat-worthy, working well enough to produce those groups.

Next, I attached one of Leupold’s new 1.5-4x20mm Mark AR MOD 1 scopes with an illuminated reticle to the carbine using another Leupold Mark 4 IMS. The mount was rock solid and the scope was crystal clear, performing excellently. A scope like this replicates what I’d expect for use on a duty-ready patrol carbine—it’s capable of long-range precision and CQB work.

To evaluate the CQB effectiveness of the 3G2 over a number of drills, I alternated between using the Leupold scope and an Aimpoint Patrol Rifle Optic (PRO). The PRO is another type of optic I would expect to see on a patrol carbine, perhaps with a 3X magnifier mounted behind it. The Optics and the 3G2 performed as they should, and the Leupold scope’s illuminated reticle was a nice bonus.

To test the effectiveness of the 3G2’s supplied offset sight system, I worked with it from 10 to 50 yards. The nonconventional feel of canting the carbine 45 degrees became less noticeable with use. Even though my groups at 50 yards would not win an accuracy contest, they were good enough to get the job done. In fact, I even put five shots into the center of an IDPA target at 100 yards. Within 50 yards, the sights put hits on targets repeatedly.

The Miculek Compensator performed superbly, allowing for quick follow-up shots during the CQB portion of the testing. The muzzle really did not seem to move. The muzzle blast, however, did get the attention of several nearby shooters.

Because a patrol rifle deserves a sling, I attached an Ares Armor Huskey MK II EWS sling. Billed as carrying “the name and seal of approval of Marine scout sniper instructor and 2009 International Sniper Competition winner Josh Huskey,” the sling turned out to be a great performer. The EWS is the solution to the debate over two-point sling tightening systems—cam or slider. With all-metal hardware, the EWS slider provides quick adjustability when needed and tightens when needed to snug the carbine close to the body when the operator must go “hands free.” It worked just as advertised and was truly impressive.

To complete the package, I added a Streamlight TLR-2G light/green laser combination unit. The TLR-2G, operated by ambidextrous switches, attached securely to the rail. A single CR123 battery drives both the 200-lumen light and the 522nm to 542nm green laser for 1.25 hours. The TLR-2G produces a powerful, effective beam that works well with the DPMS 3G2.

After putting it through its paces, I could only find one con for the DPMS 3G2 carbine, and it fell under the personal preference umbrella. The effective Miculek Compensator should do a great job in competition and for a single officer involved in a confrontation. However, were I on an entry team, the concussion from the compensator might be detrimental. That will have to be an individual officer decision, on a case-by-case basis.

The DPMS 3G2, along with the different optics used, the Streamlight TLR-2G and the EWS sling, makes an excellent package for a patrol/duty carbine. The M111 forend is a great feature; it feels great in the hand and keeps the carbine light and cool. I’m glad DPMS decided to shorten and lighten the 3G1, morphing it into the 3G2.

The DPMS 3G2 is proof that competition frequently gives birth to equipment that will win—on the range and on the street! 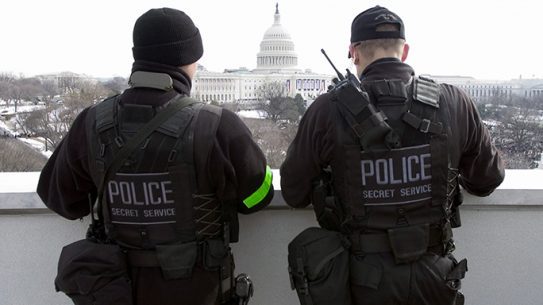 The US Secret Service Celebrates 150 Years of Service

From stopping counterfeiters to protecting the President, the U.S. Secret Service has protected our...