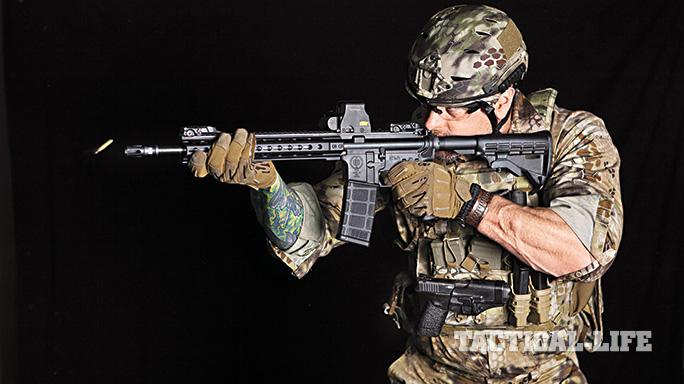 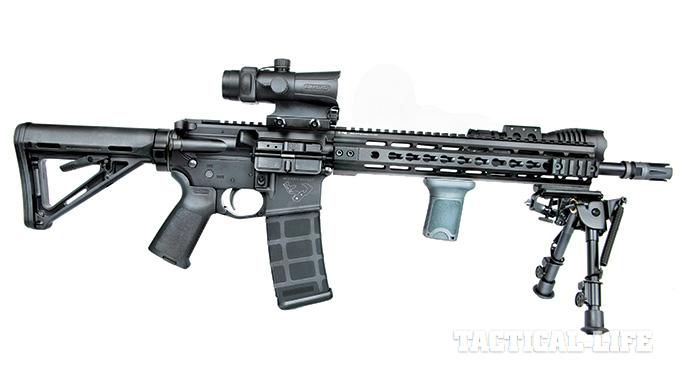 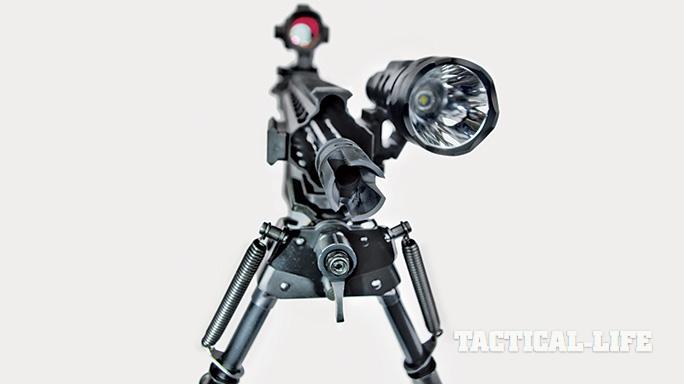 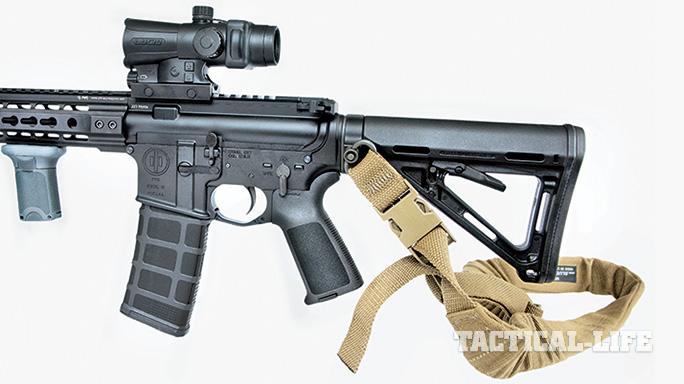 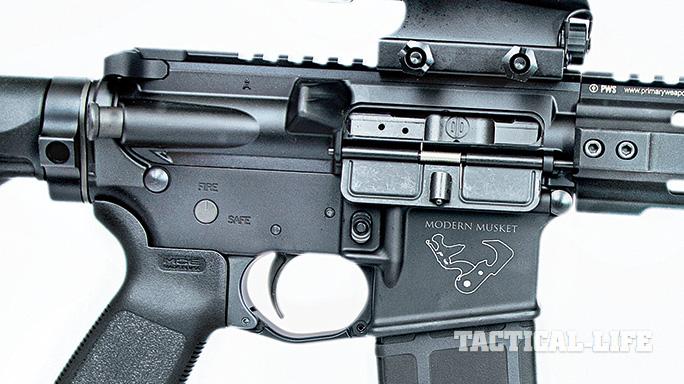 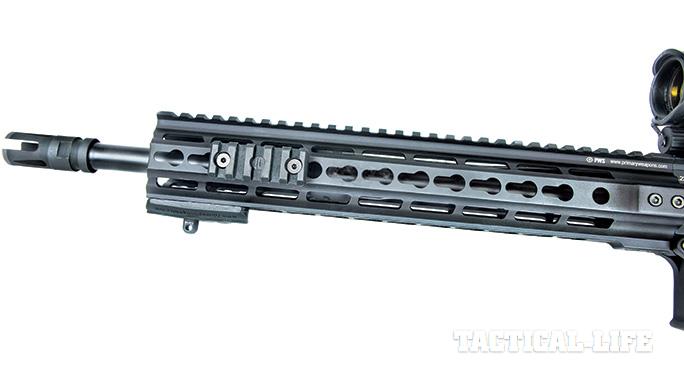 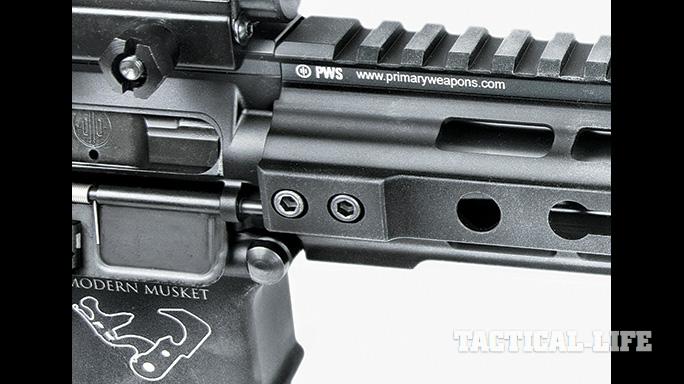 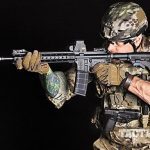 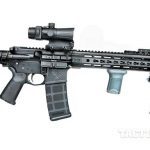 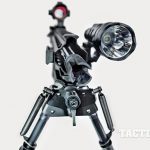 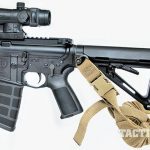 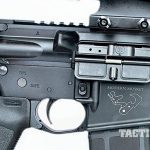 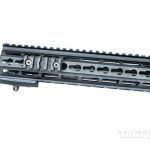 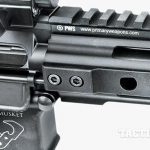 Since the settling of the colonies, America has been connected to its musket. The musket put game in the pot, defended hearth and home from marauders and critters, and frequently provided entertainment through shooting competitions. As time passed, another musket duty arose. Recalcitrant colonies found themselves rebelling against their government and mother England.

America’s freedom was purchased by men using their own guns—their muskets. These were basic, rugged long guns that were still capable of handling any job they were assigned. The same was essentially true in each succeeding war fought on our soil. Over the years, the musket morphed, becoming the next generation’s firearm, protecting and feeding families and securing safety and freedom from all challengers, foreign or domestic.

Today, most view the AR family as the “everyman’s” firearm. It has been the musket used to defend our country since the Vietnam era. We may no longer need to put food on the table with our musket, but we can if we want—a right delivered by men with muskets. As for protecting hearth and home, the right and perhaps the need to be able to stand up if required has not become extinct.

Of course, the AR family is also the firearm of choice for America’s law enforcement. Many law enforcement officers became familiar with the AR while serving in the military, with the balance of LEOs learning the platform at the academy. Ergonomic, soft recoiling and capable of excellent accuracy and a high volume of controllable fire, ARs also fire a cartridge that, for the most part, is effective in the situations and against the opponents American law enforcement will face.

All of these characteristics make ARs perfect for cops. Unlike decades ago, when many LEOs were chosen for their imposing stature, today’s officers come in all sizes. Typical AR-15s are light enough to be handled by smaller officers, and collapsible stocks make it easy to adjust the rifles to fit officers of various sizes or those wearing body armor. Finally, it’s easy to add sights and optics to flattop ARs.

Primary Weapons Systems (PWS) built its reputation and success on making ARs. Not the AR your dad used in Vietnam or Desert Storm, but an improved AR based upon a long-stroke piston operating system with an adjustable gas block. According to the company’s website, “The PWS long-stroke piston system combines the agility of the AR-15 with the reliability of the AK-47 into a sleek and efficient design.”

PWS does a heck of a job with its quality-built piston-driven ARs. I’ve handled a number of the company’s wares over the years, and each has been a perfect performer. The company offers AR-platform rifles in 5.56mm NATO—actually with .223 Wylde chambers, which accommodate both 5.56mm and .223 without sacrificing accuracy—300 Blackout and .308/7.62mm NATO. PWS also has svelte AR pistols that are as short as possible because no receiver extension is needed for them to operate, greatly reducing their overall length.

All potential reliability improvements delivered by gas piston operating systems do not come free, however. Incorporating piston systems into ARs is a more expensive proposition than a traditional direct impingement (DI) system, and piston guns are typically somewhat heavier. Cost is certainly a factor for many purchasers, and just as many are direct impingement fans.

Recognizing all of this, PWS decided it needed to offer a modern “everyman’s” musket. With all the flare one expects from PWS, the company designed its first DI carbines, the DI-14 and DI-16, as part of its “Modern Musket” series. I recently tested the DI-14, which has a 14.5-inch barrel.

A DI carbine is a DI carbine, right? PWS didn’t see it that way. In fact, the company was not enamored with many traditional DI features. So PWS began developing and locating replacements. Take for instance the trigger, handguard and buffer system.

The buffer system starts with the PWS enhanced buffer tube, which does not require a castle nut for precise indexing, has been modified to eliminate carrier tilt and includes two integral QD sling attachment points at the front. Finally, four extra water-drainage holes are added and longitudinal flutes are milled into the tube for debris removal. An infrequently considered part, the buffer, did not escape the PWS folks. The company’s H2 and
H3 buffers have nickel-Teflon-coated steel bodies for extra durability.

Bravo Company’s Gunfighter charging handle is included on all Modern Muskets. An exceptional design, the machined BCM Gunfighter is easier to use, putting less force on the roll pin. Intended to sit beneath the Modern Musket handguard, the low-profile gas block is machined in-house from heat-treated tool steel and is much lighter than standard low-profile gas blocks.

Then there are the 1-in-8-inch-twist barrels. The DI-14 features a 14.5-inch barrel with a pinned Triad 556 flash suppressor, and the DI-16 sports a 16-inch barrel with an FSC 556 flash suppressor. PWS’ chrome-moly barrels are machined in-house and Isonite QPQ treated inside and out. Isonite QPQ, a salt-bath-nitride treatment, penetrates the steel, increases the Rockwell hardness, imparts improved corrosion resistance and eliminates the need for a chrome bore lining.

Finally, there is PWS’ DI enhanced bolt carrier, with increased weight for a longer dwell time and the Isonite QPQ treatment for enhanced longevity. For reduced friction and debris resistance, gaps and channels between skid pads on PWS carriers allow for fewer points of contact.

Arriving at the range with the Lucid HD7 mounted, I started off with my favorite exercises from 50 yards and in. Working around corners and in hallways in a shoothouse, I found the DI-14 an excellent performer. The crisp trigger was a nice touch.

I used the HD7 red-dot sight for CQB work, but to test the carbine’s accuracy I mounted a 3.2-17x44mm U.S. Optics LR-17 scope. The LR-17 has crystal-clear optics for easy shots at 100-yard targets. And it was easy to produce good groups with each of the loads I tested thanks to the DI-14’s precisely crafted barrel, with its evenly coated Isonite QPQ finish and 1-in-8-inch twist rate, which accommodates most bullet weights. In fact, the average of the groups I tested was just under 0.9 inches at 100 yards. This means the DI-14 should hold its own at even longer distances!

As with all carbines bound for LEO use, after reliability and accuracy, the thing I look at is how much more is needed to make it ready for duty. The DI-14 from Primary Weapons Systems is set up pretty well as it arrives. It has a nice trigger, an ergonomic handguard that is also ready for quickly and efficiently adding accessories and a whole passel of improvements in the bolt carrier and buffer areas. With everything, plus Magpul’s MOE furniture and the Lucid HD7 red-dot sight, I can only think of three more easily added items: a good sling, a vertical foregrip or hand stop, and a flashlight.

Like colonial minutemen standing on the Concord greens clutching their muskets, ready to protect citizens from danger, LEOs today stand between the citizenry and those who do wrong. The PWS DI-14 would make an excellent long gun for today’s defenders as they go about protecting us in uncertain times. 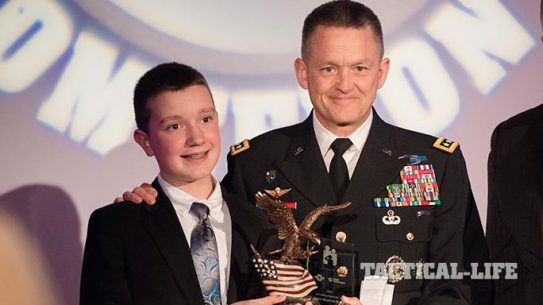 6 Youths Honored with Military Child of the Year Award

Six youth representatives, one from each branch, were honored during Operation Homefront's 7th annual...