Pistols chambered for the 9mm have less recoil and are generally easier to shoot, even smaller backup models like the Springfield Armory XD-S 9mm.

The 9mm is having something of a renaissance these days. Although maligned in the past due to its inability to reliably deliver incapacitating force, recent technological developments in bullet and propellant design have move the round back to the forefront for many LE departments. With its lower costs, lighter recoil and now more capable on-target performance, the 9mm is a force with which to be reckoned. 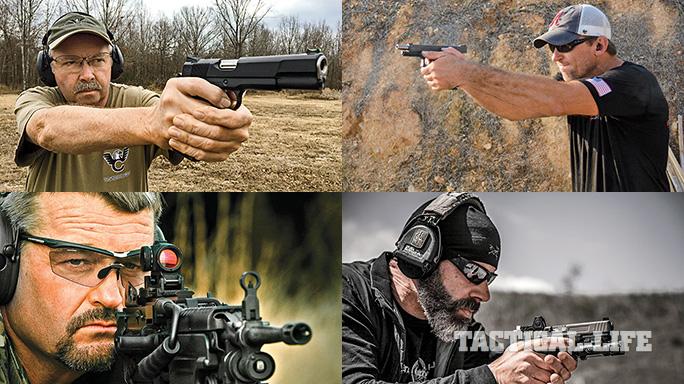 Read on to learn some specifics on why.

1. Shootability: While some shoot the .40 S&W well, few shoot the 9mm less accurately. Those who have problems using the .40 S&W almost always shoot a 9mm more accurately. This is true at any distance and even more so when repeat shots are needed. Shot placement is the most critical factor in stopping the threat, and the 9mm does nothing but enhance that ability.

2. More Guns: These days, there are more 9mm pistols available than any other, allowing officers to get just what they need to fit their hands. Agencies have more choices and officers can choose a pistol they like (where policy allows) — all of which translates to more practice on the range and more confidence on patrol. Most major companies make 9 mm pistols in duty configurations that will fit just about anyone.

3. Longevity: There’s usually less wear and tear on 9mm pistols. Some government agencies have been getting as much as 100,000-round service lives from 9 mm pistols for years. They generally last longer, need fewer repairs and are less prone to breakage.

4. Increased Capacity: Most 9mm duty pistols today have a standard capacity of 17 rounds. Their extended magazines can reach 20 rounds or more while remaining manageably sized. For a well-trained officer, the greater the capacity the better, and it is always better to have ammunition you didn’t use than need ammunition you don’t have.

5. Reliability: Pistols chambered in 9mm are generally the most reliable pistols available in those configurations most popular at police agencies. They’re also less susceptible to changes in duty ammunition and can reliably function with both practice and duty ammunition.

6. Ammo Choices: Given the explosion in popularity of the 9mm for police and self-defense use, there is a huge variety of duty ammunition available. Whether it is a 115-grain + P at significant velocity or a 147-grain bullet at lower speeds, a quality and proven 9 mm duty round is out there. It is easy to find a round that will meet the needs of your patrol division and tactical team.

7. Cost: Especially when purchased in bulk, 9mm ammunition can be significantly less expensive. It is not uncommon to see thousands of dollars in savings at the agency level. That same lower cost also encourages officers to practice on their own as well.