0
SHARES
54
VIEWS
Share on FacebookShare on Twitter
Auto-Ordnance recently announced time is running out to obtain one of its WWII pistols, Victory Girls and Fly Girls 1911s. The company introduced the commemorative pistols last year as part of its WWII custom 1911 series. Pistols will now only remain available through the end of the year, or when supplies run out. In short, get them now before they are gone for good. 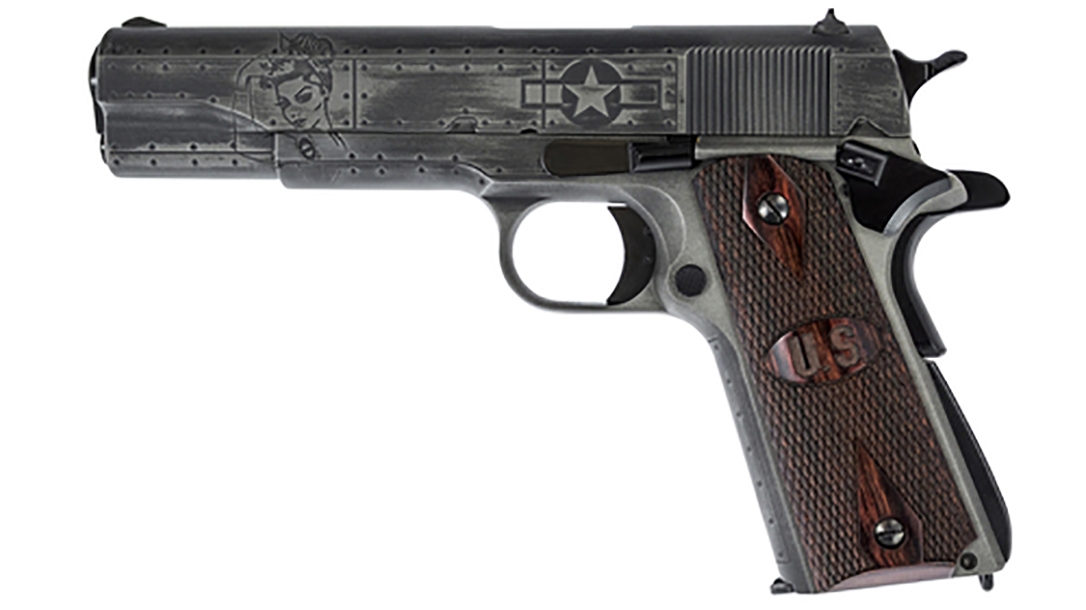 Auto-Ordnance designed the Victory Girls 1911 to honor the women whose strength drove industry at home in support of the war. Beginning with a base 1911A1 Gi Model in .45 ACP, it features a standard 5-inch barrel, seven-round magazine and Us property logo wood grips. The Victory Girls model also comes with deep cut laser engraving of a pin-up on the right side. Meanwhile, a classic “Rosie the Riveter” adorns the left side. It also features the USAAC Star Roundel on both sides of the frame. Finally, the pistol wears a worn look with a two-color Cerakote finish of Armor Black and Gunmetal Grey.

The Fly Girls 1911 hones the Women Airforce Service Pilots (WASPs). The WASPs played a vital role in the war effort. More than 1,000 women served as pilots during WWII, taking on vital roles operating aircraft in non-combat positions. These women became aviation pioneers, facing all of the risks and challenges shared by all pilots of the time period. By war’s end, 38 women lost their lives in service of their country.

The right side of the Fly Girls 1911 features the diamond shaped badge of the Women’s Air Corps. It features a design patterned after Greek goddess Athena’s shield. Nearby are the years of WASP service, 1941-1947, along with the slogan “Pistol Packin’ Mama.” Engraved on the left side is the title “Original Fly Girls,” and the cartoon gremlin “Fifinella,” a Walt Disney design, used as the official WASP mascot during WWII. The Army Air Corps Roundel, on both sides of the slide, completes the package.

Kahr Firearms Group partnered with Outlaw Ordnance on the design and promotion of the custom firearm projects. For more information, visit auto-ordnance.com or outlawordnance.com.

The WASPs of WWII

Want more on the legendary WASPs of World War II? Then you’re in luck, as the newest edition of Tactical Life just happens to feature the back story on the ladies that helped win the war.

Peter Suciu tells the fascinating back story about how these lady pilots came to be. More than 1,000 women eventually graduated the 30-week training course and took to the skies. The WASPs faced resentment, 2/3 pay, and the dangers of a world at war. But the WASPs prevailed and impressed.

“You and more than 900 of your sisters have shown that you can fly wingtip to wingtip with your brother,” said Gen. Arnold before the final WASP graduating class. “If ever there was a doubt in anyone’s mind that women can become skillful pilots, the WASPs have dispelled that doubt…I want to stress how valuable I believe this whole WASP program has been for the country.” 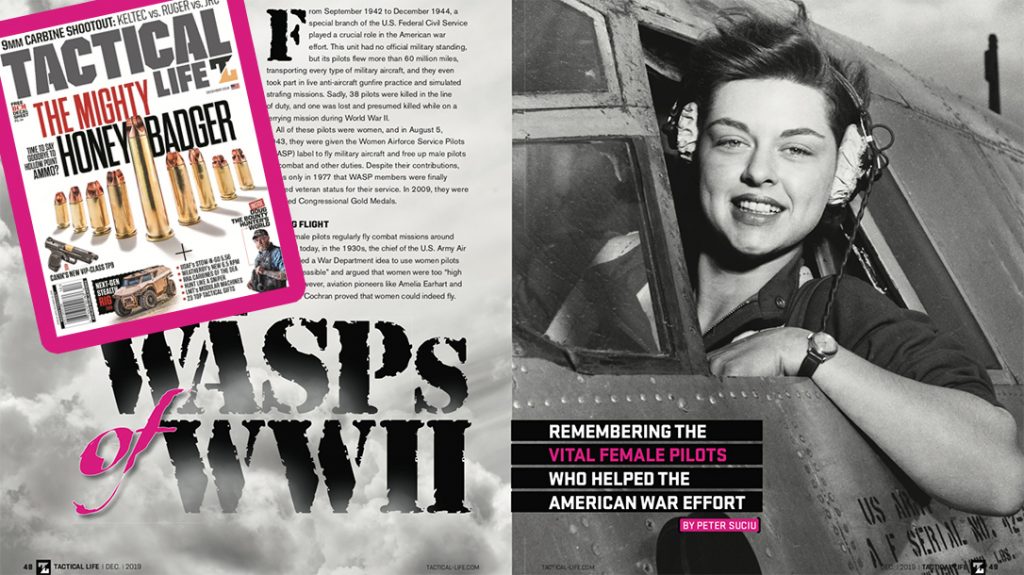 Read all about the WASPs of WWII, the Fly Girls 1911 and more in the December 2019 issue of Tactical Life. Grab your copy at OutdoorGroupStore.com. For digital editions, visit Amazon.