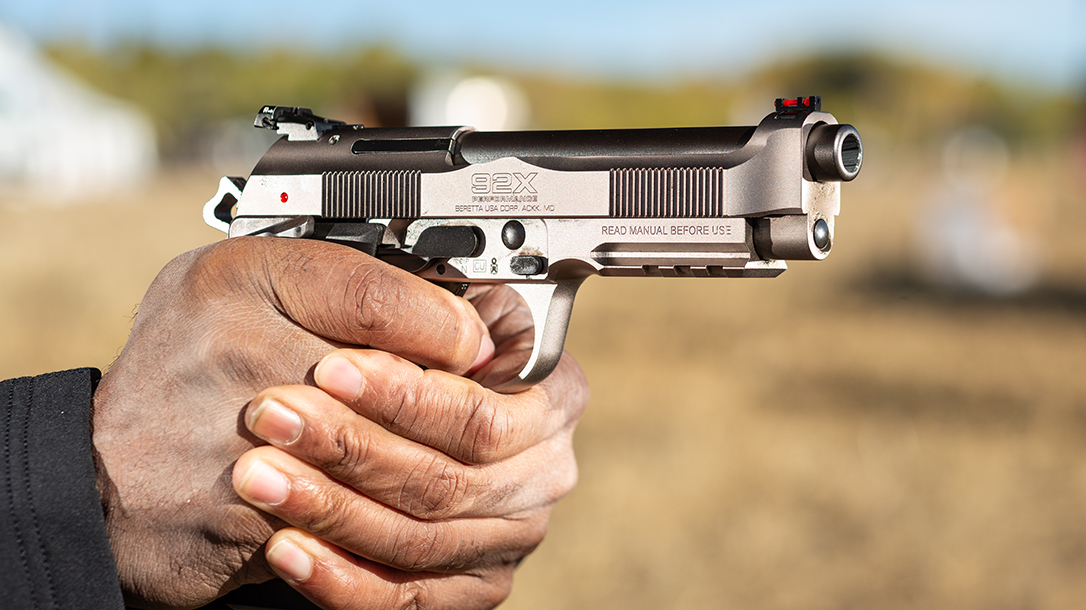 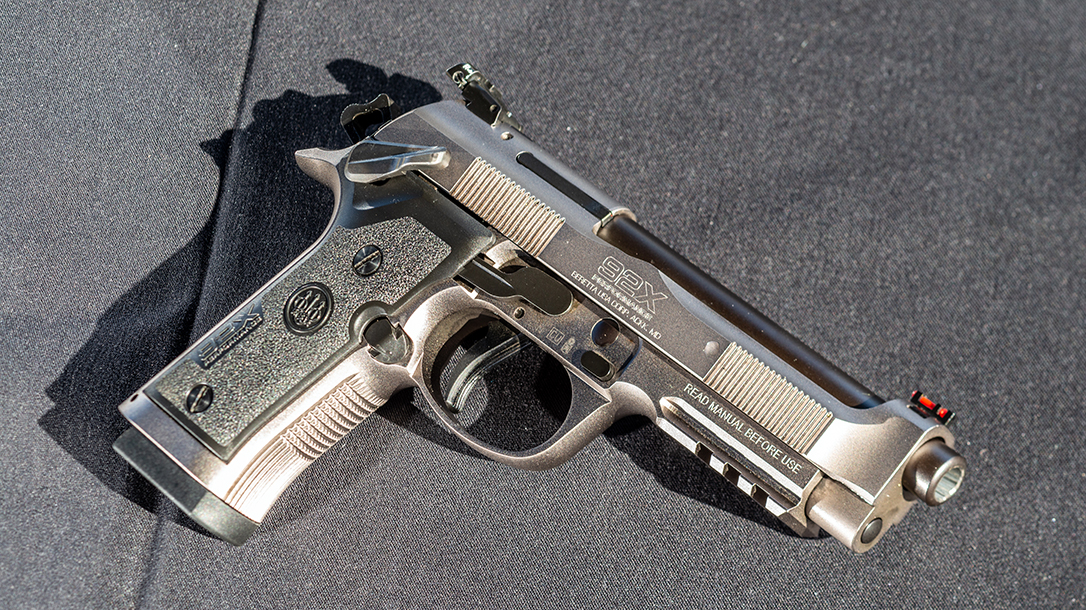 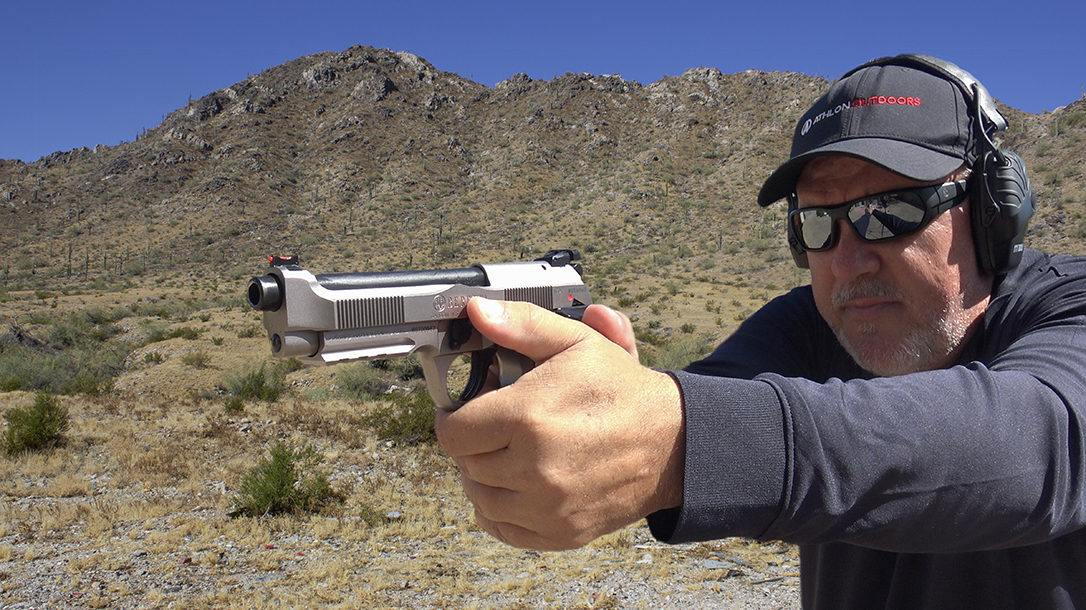 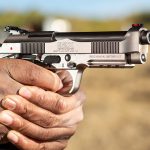 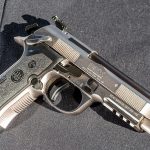 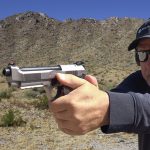 The Beretta 92 is an iconic pistol that was the standard issue sidearm for the US military for more than 30 years. The gun went into service in 1985 as the M9 and was only just recently dethroned. All of the technical data in the world can lift the Beretta into a class by itself, but one of the things that put the 92 in the “hell yeah” spotlight was when Mel Gibson carried and used it in the 1987 hit Lethal Weapon. People can say what they want, but everyone wanted a Beretta after officer Riggs shot the smiley face on the target. 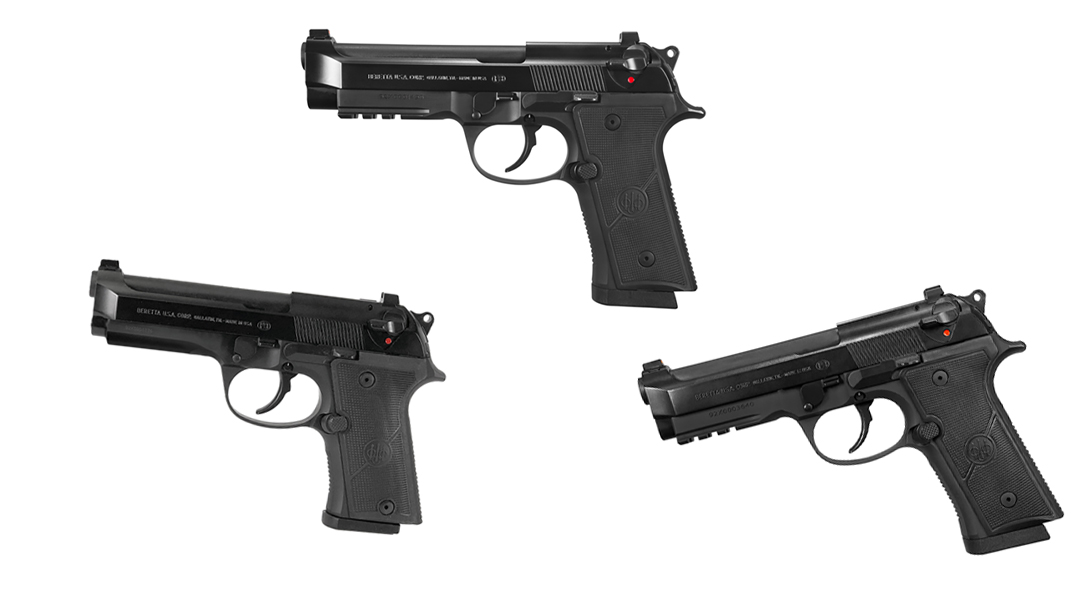 Fast forward almost 35 years and the Beretta 92 still remains strong. In fact, the design is so enduring that the engineers and gun gurus at Beretta have taken this blaster and converted it into one of the nicest go-fast competition pistols on the market. Say hello to the Beretta 92X Performance, which I tested at the recent Athlon Outdoors Rendezvous. In comparison, the 92X Performance and the original 92 are heavily based on the same design with many parts being interchangeable. The differences though are all focused on upgrade for the purpose of speed and hyper-accuracy.

The changes are serious and in totality make an incredible upgrade. The 92X Performance is a heavier, all-steel handgun built to serve those in the competition realm. It is far from being an exclusive to that field as pretty much any serious shooter will probably want one as well. Design-wise the gun has a thicker and wider Brigadier slide than what most are accustomed to with the M9. It also includes the new Vertec frame. This frame is a slimmer version of the normal 92 frame and features a different grip angle. This gives the gun a slimmer line and makes concealing it an easier job.

The Vertec steel frame and the Brigadier slide take the weight of the 92X Performance to 2.9 pounds, which increases the pistol’s stability and reduces muzzle rise when shooting. It comes with forward cocking serrations, which caters to those that like to manipulate the gun forward of the ejection port. Another nice upgrade is a fiber-optic front sight and a rear sight that is fully adjustable for windage and elevation. Gone are the default fixed iron sights with a white dot up front. Hidden inside the slide is a high-performance chrome-lined, target crowned barrel. This is serious business and allows the gun to group drastically better than the stock 92 guns.

Other nice features include an extended beavertail and complete rear checkering, which can also be found on the front of the frame. This design feature improves the pistol’s handling as well as its grip. I found it to be a great balance and the gun felt solid in my hands. The 92X Performance has a raised frame profile near the magazine release that enables the shooter’s hand to sit as high as possible on the hilt, which itself is also oversized to enable a deeper hold. Once again, everything about the design is built around allowing the shooter to run this gun very fast.

The magazine release is oversized and reversible, and an adjustable version is available on the aftermarket. The safety on the frame is ambidextrous and is available in three different size profiles, making it adaptable to various hand types and different IPSC divisions. The trigger is something that really stood out to me. Beretta included its new Extreme-S trigger mechanism, which is the best trigger I have experienced in a Beretta pistol. You are even able to regulate the pre-travel and extra travel via two screws located inside the frame, next to the upper section of the magazine well.

An area that is a central focus in competition shooting is cycle time. A gun can be dead-on accurate, but if it is slow or pokey to cycle it will not be in competition circles for long. To keep this in the fast gun category, Beretta has included a skeletonized hammer with a competition standard hammer spring. The Extreme-S trigger mechanism serves the main purpose of keeping the striker automatic safety latch active, but it also decreases trigger reset by up to 40 percent. This can make for some serious fast split times.

Something that really caught my eye was the “Match” take down lever. This is a fantastic redesign of a common everyday gun part that turns out to be brilliant. It has been redesigned to ensure a precise reference point for the support hand. The lever has quickly gained the nickname of “gas pedal,” but I doubt that will end up in the standard Beretta nomenclature. The slide lock is a low-profile design and is described by Beretta as a “stealth lever” type. In a nutshell, they keep it out of the way.

Like the old school 92s the gun is a double-action, single-action with a single-action version coming down the pipe. It has a frame safety as well as a drop safety. The trigger press on the double-action hover around six pounds with the single-action around three pounds. This is a major improvement, as the M9 that I shot a billion rounds out of sat with a trigger pull around 13 pounds then a follow up of five pounds. This is a game changer for the gun. Of course, looks matter and the 92X Performance is a sexy blaster. It has an appealing and refined dual tone look, obtained by using a Nistan finish to treat the frame surface and slide with the contrast provided by the black burnished barrel. It’s easy to clean and looks very nice to boot.

So, in the end if you have a spot in your heart for the classic 92 but want to enjoy the newest design enhancements, the 92X is your gun. Same classic 92 lines with the heart of a racehorse. For more information, visit beretta.com. 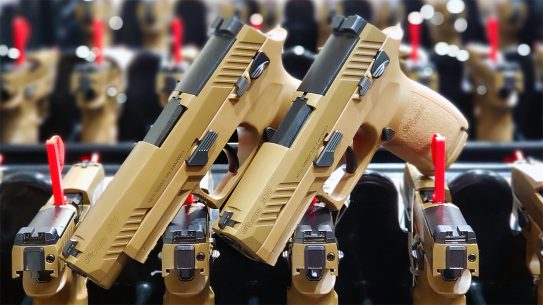 Fulfilling requests to all branches of the US Military and Coast Guard, SIG Sauer...