The Office of Strategic Services (OSS) was the direct forerunner of today’s Central Intelligence Agency. William J. “Wild Bill” Donovan headed up the organization at the request of President Franklin D. Roosevelt in 1942. The organization’s purpose was to conduct clandestine missions, act as spies, gather intelligence and perform sabotage, among other things. 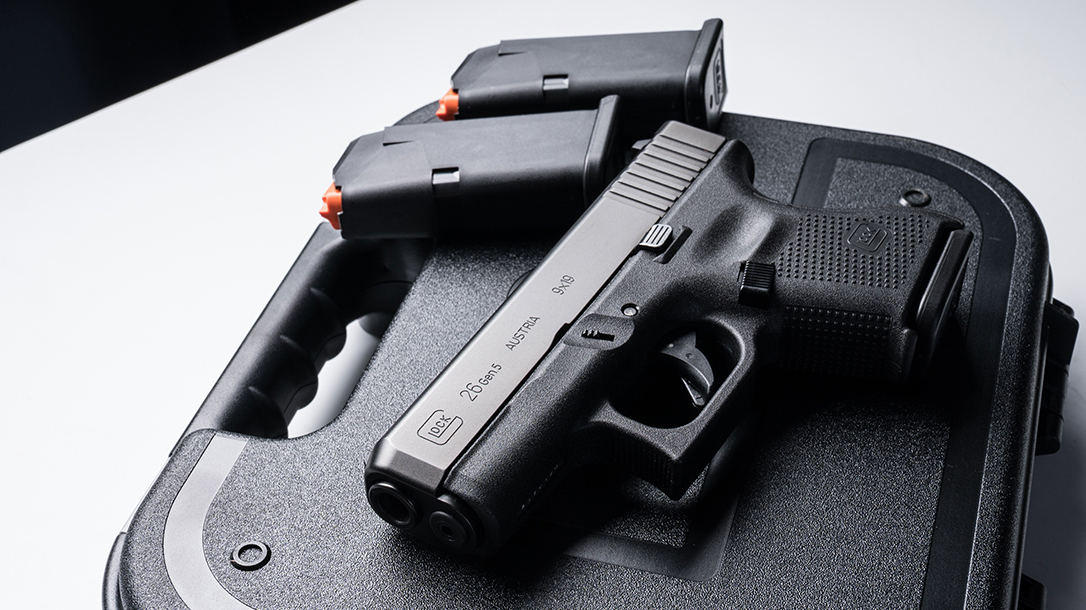 The DEA Is Buying Glock 26 Gen5 Pistols for Special Agents

When you’re operating in places you’re not supposed to be, stealth is of the utmost importance. This also applies to the guns that are chosen for such work. Firearms that could be used quietly in close quarters, and that couldn’t be easily identified, were the primary candidates for stealthy spy weaponry.

Based on High Standard’s HD target pistol, the .22-caliber HDM was integrally suppressed. In an effort to gain approval from the president himself, “Wild Bill” Donovan arranged for a demonstration of the gun in front of FDR. Donovan strolled into the Oval Office while FDR was busy working with his secretary, placed a sand trap on the floor and fired 10 rounds as fast as he could. He then walked over to FDR, handed him the pistol and explained what he had just done while the president was otherwise occupied. To say that FDR was impressed would be an understatement.

The barrel had a total of 48 ports (12 on each side) and Donovan enclosed it in the suppressor shroud. The suppressor itself contained fine brass mesh (designed to be replaced every 200 to 250 rounds) and baffles. With subsonic .22 LR ammo, this unique suppressor combination created a gun fit for a spy.

Of the 2,600 made, the exact number still in existence is unknown. Some examples are likely still overseas. Some are in private collections; others are in museums. The BATFE claims that they are not set up to provide the specific number of any registered model of gun. Because of this, we can only hazard a guess. The estimate is that only 10 are known to be legally registered and possessed in the United States.

The Deer gun’s story from the Vietnam era is such an unknown part of history that debate surrounds the proper spelling and origin of the name. For what it’s worth, the former curator of the CIA Museum told me that it’s spelled “D-e-e-r,” not “D-e-a-r.”

Designed in the early 1960s, the CIA intended to supply it to guerrilla fighters in South Vietnam. The gun consisted of a cast-aluminum frame featuring molded cross-hatching on the grip panel, two blued 1.8-inch barrels (one rifled and one smoothbore), a conical cocking knob and no triggerguard.

The gun was packaged in Styrofoam with three rounds of 9mm ammo and an illustrated instruction sheet. The extra ammo could be kept in the pistol grip along with a round, plastic collar that doubled as both a front sight when slid onto the barrel and as a manual safety when placed between the frame and cocking knob. A plastic rod attached to the detachable base of the grip could be used to punch out the spent casing.

The gun’s design was the brainchild of Russell Moure, an engineer at American Machine and Foundry—the very same AMF that made bowling equipment and Harley-Davidson motorcycles. Of course, it’s not all that unusual to think of AMF making guns if you consider the fact that it also made the launching silos for Titan and Atlas ICBMs.

Around 1,000 Deer guns were made in 1964. When the Vietnam War escalated, it became clear that the gun wouldn’t be effective. As such, the majority of them were destroyed on purpose. Survival rates are approximately 2.5 percent, with a maximum of 25 thought to remain in existence worldwide. 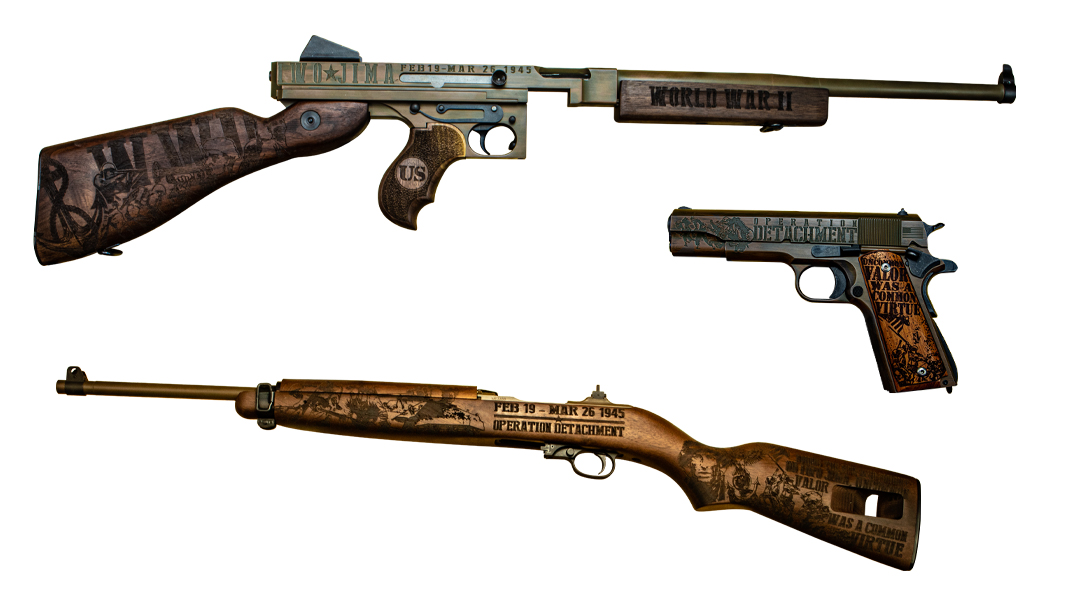 Designed for primary use by the British Special Operations Executive (SOE), the Welrod did see use by operatives within the OSS. Made by the Birmingham Small Arms Company of the UK, this suppressed pistol was quite unique. The barrel and suppressor shroud was split into two distinct sections. The front section contained 14 baffles and three solid rubber wipes. The rear section acted as an expansion chamber, allowing for gas reduction before reaching the baffles and wipes. This made for an exceptionally quiet pistol. Modern tests have shown it to have a 34-decibel reduction, with an audible sound level of 122.8 decibel actual.

The gun was designed to blend in and not look like a gun upon first glance. The designers accomplished part of this by placing the magazine within the pistol grip. With the magazine removed, the gun just looks like a metal tube.

The Welrod operated like a bolt action, with the bolt being manually turned 90 degrees to unlock and pulled back to eject a spent cartridge. Once it was locked back into place, a grip safety needed to be depressed before the trigger could be pulled.

Primarily chambered in .32 ACP, with others later made in 9mm, approximately 2,800 Welrods were made during World War II. Another 11,200 were made after the war, and the guns are known to have been in use as recently as the First Persian Gulf War in 1991. They may still be out there today! In fact, B&T just announced its VP9 integrally suppressed, Welrod pistol is coming to the U.S.