Wilson Combat has officially announced its EDC X9 pistol and Athlon Outdoors has the exclusive.

Wilson Combat’s EDC X9 project started in March 2015 and culminated in early 2017 after three working prototypes were made and thousands of rounds were sent downrange by multiple shooters. And the resulting pistol embodies Bill Wilson’s approach to gun-making, which attends to all the large and small details — both functional and aesthetic — needed to produce a memorable pistol.

Watch the video above for an exclusive look at the all-new 1911.

For more information on the EDC X9, pick up a copy of the May/June issue of Combat Handguns magazine, available March 14, 2017. To subscribe, please visit OutdoorGroupStore.com.

For even more from Wilson Combat, please visit WilsonCombat.com. 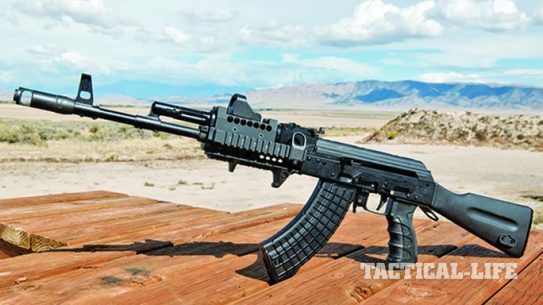 8 Quick and Easy DIY Upgrades to Trick Out Your AK

Let's look at some common modifications you can make to turn your AK into...