In the early 1990s, Fabrique Nationale rocked the world with something other than big hair and acid-washed jeans. The company’s new cartridge, the 5.7x28mm, was introduced with the hope of replacing the NATO 9mm as it produced substantially more velocity, accuracy and magazine capacity while exhibiting similar dimensions. 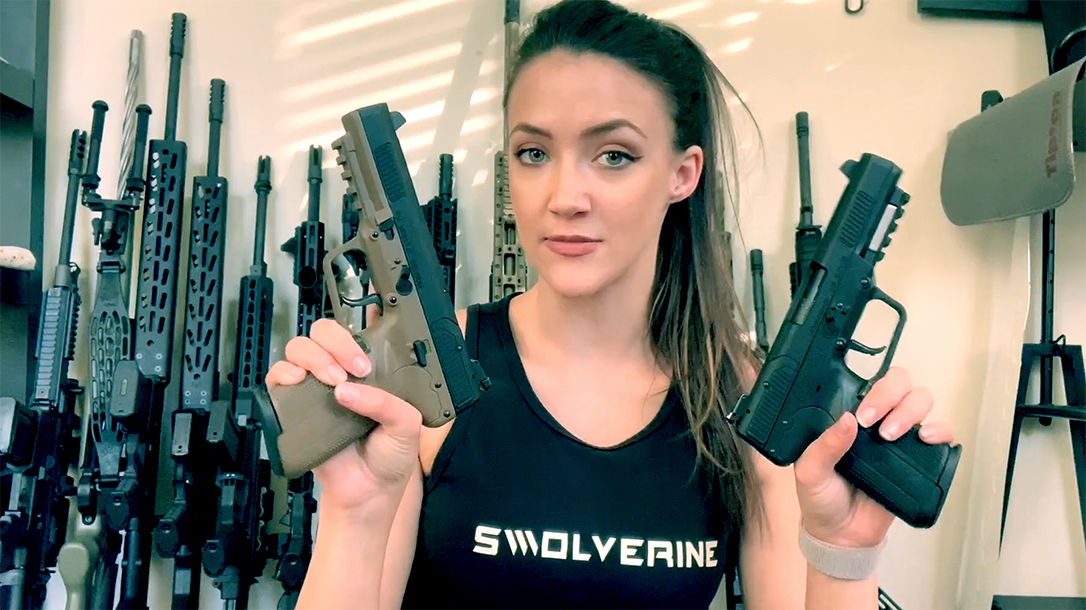 A Review of the FN Five-seveN Pistol With Lauren Young

Although it never reached the success FN would have wished with the military, the civilian market fell in love with the lightweight, low-recoiling cartridge and its companion handgun and carbine from the same manufacturer. For 30 years, FN owned nearly 100 percent of the marketplace, especially in the handgun realm. That all changed in 2020. Connecticut firearms manufacturer Ruger took a crack at chambering this zippy round with the new Ruger-57.

For starters, Ruger is behind in the originality of the name department. Essentially it worked around the FN trademarked nomenclature of “Five-seveN” by using numerals to designate its design. I mean, you might as well go find the owner of FN’s grandkids and steal their lunch money while you’re at it. But hey, I understand marketing. This was a great way to come up in Google searches and share in the countertop discussions at gun stores.

You gotta hand it to FN; its pistol’s name is clever. It will live on to remind the consumer who came up with the design through the use of the capital letters on the bookends of “Five-SeveN.”

As I uncased one for the first time ever, I noticed it, too, had fully adjustable sights. But instead of a fiber-optic front sight, it had a basic black post with a white dot. When seeing this, I immediately thought of the old machine-gunners’ saying, “Tracers point both ways.” While a fiber-optic is great for defensive carry and range use, it can become a liability in combat as it makes you more visible to the enemy.

Want to see how they faired on the range? Watch the entire video of the FN Five seveN vs Ruger 57 above. Want to read the remainder of this article from the August/September 2020 issue of Tactical Life magazine? Digital and print subscriptions available now at OutdoorGroupStore.com.