0
SHARES
35
VIEWS
Share on FacebookShare on Twitter
Magnum Research recently announced the company now produces Desert Eagles in the United States; the classic big semi-auto is now 100-percent American-made. Moreover, the move concludes an effort that began as early as 2008 to get the pistols produced stateside. 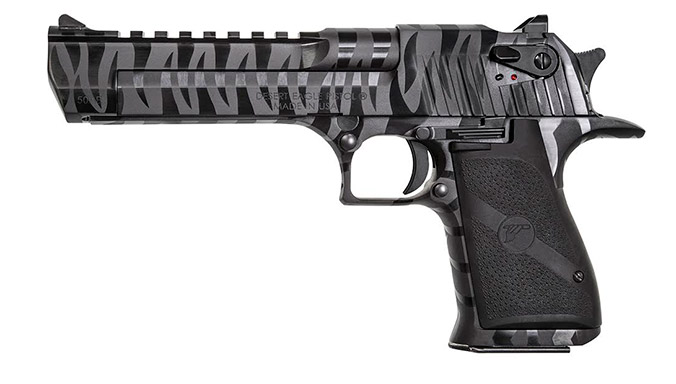 Magnum Research produced its first American-made prototypes in 2009. Since then, Magnum Increased American capacity each year. Further, Magnum Research now is on track to build more than 10,000 pistols in the United States this year, according to Magnum Research.

“We are very excited to announce the full U.S. production of the Desert Eagle pistols,” said Jodi Deporter, Director of Marketing, Kahr Firearms Group. “We believe in the importance of keeping manufacturing jobs here in the United States and are proud to offer American-made products to our customers.”

Today, Magnum Research offers the Desert Eagle in a basic 6-inch, black finish model. Additional variants include brushed chrome and Cerakote colors and patters. Also, a “Tiger Stripe” pattern in Gold Titanium nitride-coated finish or black is available, as are case colored pistols. The company also recently added an all-stainless model, along with a 50-ounce, 5-inch version called the L5.